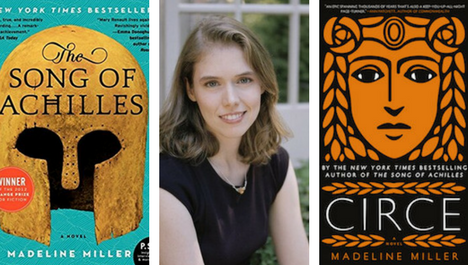 In her newest release Circe, Madeline Miller tackles one of the world’s most enduring stories from a new point of view and, in doing so, gives a voice to the woman at the sidelines of Homer’s myth. The effect is deeply personal and deeply universal, her style born of the mythological realism we all loved in her debut novel, The Song of Achilles. In this Madeline Miller interview, we talk gods and mortals, witches and ancient women, her ongoing fascination with Shakespeare, and how Circe would respond to Trump himself. Basically, all the good stuff. 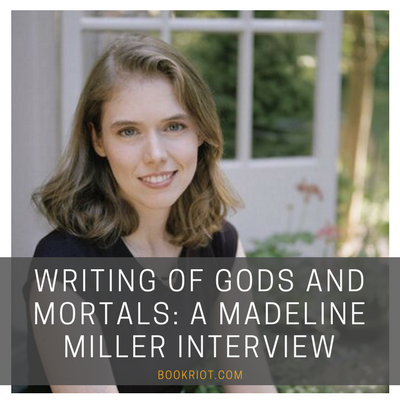 Nikki VanRy: To start, I loved Circe so much—the book itself and her as a character. And part of what I loved is how much you play with Circe’s voice throughout the book. She has a mortal-like voice. She’s quiet at the beginning, and singing by the end. How does her voice play out in your story, both figuratively and literally?

Madeline Miller: The detail of her voice actually comes right from Homer. It’s one of the adjectives he gives her. She is a goddess who speaks like a mortal and no one really knows quite what that means. Obviously it implies that mortals and gods speak differently. But, what does it mean to speak like a mortal? I really wanted to engage with that fully. To me, it suggested that she was a character who was caught between worlds. She was a god, but also in some way not like a god.

And then finally, voice is just incredibly important to me as a writer. I had first-person narrators in both Song of Achilles and Circe, and these books take me so long, because I spend the first five years finding the protagonist’s voice. I write all these pages of junk, trying all these different tones and ways into the story. During that time, I’m trying to hear them in my head as if they are telling me their story. It’s a totally messy, weird, creative, instinctive process but the way they speak, the voice, is really key for me.

NV: In the novel, Circe has this ongoing role of a caretaker in many ways, and it’s both a source of power for her and this ongoing burden. How do you think that role of caregiver evolves for her throughout the novel?

MM: My thoughts about that really start with the gods, who in Greek myth are horrendous creatures. Selfish, totally invested only in their own desires, and unable to really care for anyone but themselves. Circe has this impulse from the beginning to care for other people. She has this initial encounter with Prometheus where she comes across another god who seems to understand that and also who triggers that impulse in her. I wanted to write about what it’s like when you to want to try to be a good person, but you have absolutely no models for that. How do you construct a moral view coming from a completely immoral family?

But I also think that, particularly for women, there is such a conflict between wanting to help and being taken advantage of. So often this impulse to care for and nurture others can be abused and exploited. So, Circe must navigate that as well. How can I keep myself, but also give myself at the same time? 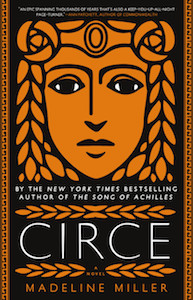 NV: Why were you drawn to Circe?

MM: She’s a fascinating figure. She’s clearly very wise and clever, but everything we see of her is in service of Odysseus’s story. Part of me wanted to explore her story, but also undo this subordinating, exoticizing impulse towards her. In the myth, she’s sexy and mysterious, and unknowable. “Unknowable” is an adjective often applied to women. That is so frustrating to me, because I feel like it casts women as this completely alien, bizarre, non-person.

In Homer, it never says why Circe is turning men into pigs. Historically, the implication has been that she’s doing it as a power trip or because she’s evil, you know what I mean? And, first off, that’s simply not borne out by the rest of her portrait by Homer, where she becomes very benevolent and helpful by the end. Second of all, it’s just not interesting and it’s not psychologically real. Even if a person’s reasons are bizarre, they still have them. In many ways, Circe is this very practical and grounded character, so I didn’t think her reasons would be outside the realm of understanding.

I was also drawn to Circe because she’s an example of someone who is born into a completely dysfunctional, abusive family. I wanted the story to be about someone who’s trying to escape that and build themselves when they have nothing to build on. There are lots of people out there who have to do that. They have to remake themselves. Really, everyone has to do it a little bit.

NV: You obviously pulled a lot from Homer, but also other mythological sources that can differ in their telling in a lot of ways. did you have one source that you considered your “authority” for the book, or was it a mix?

MM: The answers are a little bit different for Circe versus Song of Achilles. In Song of Achilles, the Iliad was my guide and my touchstone for all of it. I did make a few changes, but for the most part I tried to follow the story pretty closely—the twists and the motivations—but bringing it to life through the eyes of this other character and making it more about the character’s internal lives.

For Circe, I would say the Odyssey was my primary touch-stone in the sense that that’s where I started building the character. I take character clues directly from Homer’s text, both large and small. I mentioned her mortal-like voice. The lions. The pigs. And then when I get to the Odysseus episode in the book, I follow Homer obviously very closely, but there are a few moments where I diverge. And, I change the lens. How would Circe view this interaction? How would she view Odysseus? There are a couple of adjustments I made. For instance, I don’t have her kneel and throw herself on his mercy, because that seemed out of character for the woman I was imagining.

But beyond Homer, I drew from all kinds of other ancient sources for Circe. Ovid was another huge source. He loves writing about Circe, because of course The Metamorphoses are all about transformation and Circe transforms people. He’s fascinated by her power and her magic, but he’s not so interested in her motivations, so she comes across as this lovelorn, rather shallow woman. I wanted to push back against that. I also looked to other ancient sources. The Medea section, for example, is right from Apollonius of Rhodes.

I always went toward what made sense for the character and what appeals to me, but I did try to know everything that’s out there so I can pick from it. And, at a certain point, I just have to be okay with leaving some stuff on the floor. That’s where my academic side and my creative side used to be in conflict, because my academic side wanted to include everything and find proof for everything.

NV: Was there any hands-on research or travel you did when writing Circe?

MM: I had lived in Greece for a summer on an archaeological dig and I’d also traveled there, but I did not go again specifically for this book. I did go to Italy, along the Amalfi coast. That whole area is close to where the Romans and later versions of her myth placed Circe, even if in Homer, he actually suggests that she’s in the East.

Otherwise, when I got stuck, I reread the Odyssey or Ovid or I read commentaries. Commentaries are my best source of inspiration. I go and read what other scholars have to say and it’s always helpful because I either agree with them or I don’t, but it always helps to clarify my thoughts. 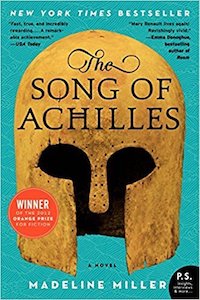 NV: What does the day-to-day business of being a writer look like for you?

MM: It’s changed between Circe and Song of Achilles, because I now have two kids. Now I wake up, and start writing around 8:30 and write until lunch. I try to get some kind of exercise then, because exercise is completely vital to my creative process. Any time I need to work on a scene or fix some dialogue, going for a walk or going to the gym always helps. There’s something about the motion of my body that puts my mind in motion.

At night after dinner and after the kids are in bed, I usually write again because I am a night owl. I like writing when everyone else is asleep between 10 and midnight and I’m up typing quietly in the dark.

MM: This somewhat relates to possible future work, but I’m always thinking about Shakespeare. There are so many pieces of Shakespeare that are constantly with me—I’m also a theater director—and they rise up throughout the day.

One of the things I may work on is a possible Tempest adaptation. I’m fascinated by the character of Caliban. He’s singular in Shakespeare’s work. He’s so sympathetic and unsympathetic and pitiful and vicious. Tolkien actually based the character of Gollum off of Caliban. What I’m interested in is how deeply his reality has been destabilized by Prospero. He’s constantly in the state of terror so that he doesn’t even know what reality is. That’s fascinating to me.

NV: How do you think Circe as a modern woman would react to Trump?

MM: I think she knows people who abuse power and people who are narcissists. They are sadly eternal, and I think she would certainly recognize the personality profile from her own experiences.

I started writing seven years ago before Trump was even on the radar. But, it was very strange to be working on scenes that were reflected on the news. I have always felt that these mythological stories are relevant, but then seeing that really drove that point home.

MM: I always want to know about the formative books. So, what was the book that made you a reader and made you love stories? Was there one story that really launched you into your reading life?

Make sure to hit the comments to answer Miller’s question about your formative book! Want to read even more of Miller’s thoughts on gods and mortals? Check out great a Madeline Miller interview at Refinery29 or another recent one at The New York Times. And, if you haven’t already, it’s time to order Circe (because gods, it’s a beautiful book.)