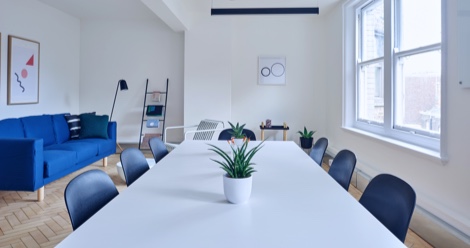 In the most hidden part of the secret Man Cave network, the Bro Council gathers. A multiplicity of headlamps dimly lights the cavernous chamber. Dudes sit on the tattered couches that face the stage, drinking craft beer and talking. A man in a red Beefy T and Wranglers approaches the podium.

“Good morning, bros and gentlemen. I have invited you here today to discuss a matter of utmost gravity. It is something which has plagued English-speaking bros for over 100 years. I’m talking, of course, about novellas.”

The room buzzes with agreement.

“Reading is unquestionably manly. We’ve got Ernest Hemingway, Chuck Palahniuk, Jack Kerouac, Bret Easton Ellis…there’s no shortage of manful reading to be done. And books of short length aren’t the problem, either…think of Salinger. No, the problem is not with the…novella…itself, but with the word. You can’t tell your bros you’re reading a novella and expect to not get beaten up. It’s the Code.”

The seated bros murmur in unison: “Boys will be boys.”

“It’s time we made a new word to represent a short novel or a long short story. I have prepared a list of suggested alternatives. I propose we hear them, discuss, and vote.” The room fidgets in hesitation. “Unless you’re all a bunch of little girls who’d like to read novellas every day…”

The men scoff and shake their heads. A few of the angrier ones beat their chests. The speaker relaxes a bit, relieved at their submission.

“Okay. Number one on the list of alternatives is ‘novello.’”

A burly councilman downs the last of his Muscle Milk and belches. “Next!”

“Okay, so next one I have is ‘fella novella.’ In the tradition of ‘man bun’ and ‘romphim,’ it takes an embarrassingly gender-neutral term and supercharges it with masculinity.”

A council member folds his recliner to its seated position and stands up. “Man, nobody’s even said the word ‘fella’ for the last fifty years.”

The speaker smiles, but with a hint of grim fear. He gulps. A crushed can sails through the air and hits him squarely on the forehead. Beads of blood spring from the speaker’s dry, rough forehead.

He laughs, weakly. “’Tis but a scratch…” The room is silent. “A flesh wound?” Someone makes an angry sound.

“Okay…last one. ‘Bookshot.’” His eyes dart through the crowd. A few murmurs of approval arise from the couches.

“You could say like, “I threw back a bookshot this morning,” or “Those bookshots had me wrecked.”

A bro in a leather moto jacket musses his hair and leans back on his couch. The rest of the men quiet as they watch him closely. He clears his throat and pauses. “I think we have a winner.”

The speaker tries not to smile too broadly. “Alright, then. From this day forward, the novella shall be called the bookshot. Make it so.”

And thus, the Bro Council rescues yet another perfectly good gender-neutral term from the specter of femininity. The celebrations that follow this meeting will commonly be referred to as “legendary,” even two weeks after the fact. James Patterson will institute a series of BookShots that his publishers will send to booksellers with a small cardboard display. Bros everywhere will rejoice at reading medium-short-length fiction without embarrassment or imprecision of language. Bro gratias. Vivat Bro.