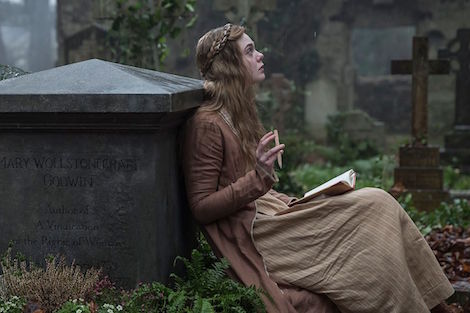 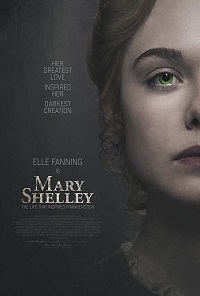 In the newly-released Mary Shelley trailer, Elle Fanning plays the woman who wrote Frankenstein, and in doing so, invented the science fiction genre.

Mary Shelley, directed by Haifaa Al-Mansour, premiered at the Toronto International Film Fest in 2017. Its theatrical release is set for May 25.

The trailer alludes to all the major events of the Frankenstein author’s life. Everything is portrayed with a fiery feminist tone true to Mary’s own ideas (her mother was, after all, the prominent feminist writer Mary Wollstonecraft). She runs away with Percy, and when her family tries to stop her, she says, “I have a fire in my soul, and I will no longer allow you, or anyone else, to contain it.” (The Mary Shelley trailer doesn’t mention that perhaps her family disapproved because Percy was, well, a married man with a pregnant wife. It will be interesting to see how the film treats that relationship, if at all.)

The crux of the story takes place during the summer she spent at Lord Byron’s estate in Geneva with Percy and her stepsister Claire Clairmont. One stormy night, Byron proposes they each write a ghost story. He goads Mary, telling her, “the woman is not intelligent enough to form ideas of her own.” She writes back with a vengeance, beginning the tale of a reanimated corpse that became Frankenstein.

It’s a fittingly feminist tale for Haifaa al-Mansour, the first female Saudi-Arabian director. She said in an interview with The Hollywood Reporter, “We wanted to portray a strong woman who’s willing to step out of line and find her own voice.”

Watch the Mary Shelley trailer here, but be prepared for feminist chills when Mary coldly stares Percy down and says, “My choices made me who I am, and I regret nothing.”