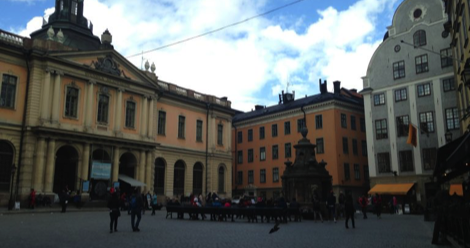 The Swedish Academy is disintegrating. In the wake of the #metoo movement having reached Sweden in the fall of 2017, the Swedish Academy has been shaken to its core, jeopardizing the continued existence of the 232-year-old institution.

The Beginning of Disintegration 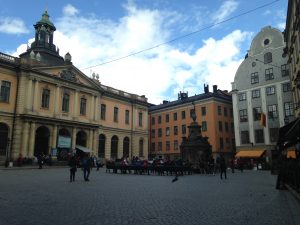 The building on the left is the Old Swedish Stock Exchange, in Gamla stan, Stockholm, where the Swedish Academy has its offices and holds its meetings. Photo: E.H. Kern

It all began with an article published by Sweden’s largest daily newspaper, Dagens Nyheter, on November 21, 2017. In the article, eighteen women accused a man, later identified as Jean-Claude Arnault, of sexual assault and sexual harassment. Jean-Claude Arnault is a well-connected figure in Swedish cultural circles who runs an independent stage for the performing arts in Stockholm. He is married to Swedish Academy member Katarina Frostenson. He is a personal friend of several other members of the Academy. At the same time, he is known in the whisper network of Swedish artistic circles as a perpetrator of multiple sexual assaults and cases of sexual harassment. Several of the assaults allegedly took place in the apartment owned by the Swedish Academy in Paris. 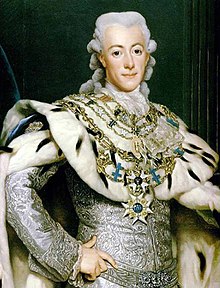 The Swedish Academy was founded in 1786 by King Gustav III of Sweden (r. 1770–1792) with the purpose of determining what constitutes good literary taste. The statutes were written by the king himself, and continue to be in effect today, without amendments. Therefore, the Swedish Academy is run as an eighteenth-century corporation with features of the type of secret society that was in vogue during that time. The Swedish Academy has been awarding the Nobel Prize in Literature since the creation of the award in 1899.

Upon election to the Swedish Academy, a new member signs an NDA that prevents them from disclosing any kind of information regarding the inner workings of the Academy, including the Nobel Committee.

Throughout the centuries, these statutes, and the secrecy that they demand, have served the Swedish Academy well, especially in the annual lead up to the announcement of the winner of the Nobel Prize in Literature.

The combination of the Swedish Academy’s outdated corporation model and the far-reaching NDAs that each member is required to sign has enabled a situation of no insight into how the Swedish Academy distributes the fellowships and stipends that it administers in addition to the Nobel Prize. Consequently, conflicts of interest have been allowed to flourish, most notably in the case of Jean-Claude Arnault, who not only has received several stipends from the Academy, but also has had access to information about the work of the Nobel Committee, information he has been known to divulge.

The crisis that the Swedish Academy faces right now is caused by a vote regarding the future of Katarina Frostenson as an Academy member. The vote fell in her favor, meaning that she is allowed to continue as a member even though she arguably violated the Academy statute regarding a member acting honorably. Following the vote, conflict erupted surrounding the wording of the ensuing press release, and three members—Kjell Espmark, Klas Östergren, and Peter Englund—announced that they would not be participating in the forthcoming work of the Swedish Academy.

So what does this mean for the future of the Swedish Academy as whole, and, at length, the Nobel Prize for Literature? 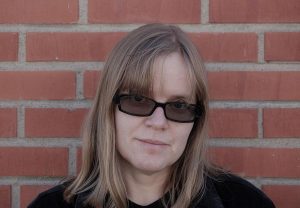 Lotta Lotass, member of the Swedish Academy who in 2015 withdrew from active participation in the work of the Academy. Source: Wikipedia.

With the resignations of Espmark, Östergren, and Englund, the number of active members of the Swedish Academy is down to thirteen. Kerstin Ekman withdrew as an active member in 1989 in disagreement over how the Academy handled the fatwa against Salman Rushdie. In 2015, Lotta Lotass withdrew, citing personal differences as her reason for leaving. Two more withdrawals, and the Academy can no longer elect new members.

Within the context of all members being elected for life without the possibility to resign, such a scenario would be disastrous. What this means in reality is that should two additional members withdraw, the Academy’s work would be deadlocked in perpetuity. Even if one of the inactive members would pass away, there are not enough active members to elect a replacement.

The chances for this happening are real. Currently, Academy member Sara Stridsberg is taking her active participation under serious consideration, and Secretary Sara Danius has stated that she will continue working as long as she has the strength to do so, while admitting that she has considered withdrawing.

Regarding the Nobel Prize, all is not hopeless. In the short term. The statutes state that for the Swedish Academy to make a decision, seven members need to be present. So even if Stridsberg and Danius (or anyone else for that matter) would choose to step back, a decision can still be made regarding the Nobel Prize. However, in the long term, the situation for the Prize would be critical, with an Academy that is not working at full capacity and which is unable to regenerate by electing new members.

Further reading on Book Riot about the Nobel Prize:

The Nobel Prize by the Numbers.

Svetlana Aleksievich, Recipient of the 2015 Nobel Prize in Literature.