Superman vs. Captain America. The question has echoed through comic book fandom since these two bastions of truth, justice, and the American way first burst onto the scene in the early years of World War II.

Your choice of do-gooder beefcake is a matter of personal preference, of course. And I’m not interested in the classic comic book question of “What if they fought?” because it is a dumb question when one candidate is an alien demigod with laser beam eyes and the other is a shy asthmatic with a frisbee, and also when obviously they would be friends and Clark would make Steve look at the 400 pictures of Krypto he has on his phone.

Chris Evans recently grew a mustache for his current role in the Broadway play Lobby Hero. Henry Cavill, meanwhile, infamously sported a mustache in Mission: Impossible 6 which Paramount refused to let him shave for his overlapping Justice League reshoots, leading Warner Brothers to make the baffling decision to spend a reported $25 million dollars “removing” it with laughably unsuccessful CGI instead of just, you know, waiting a couple weeks. With two such clean-cut paragons of superhero virtue setting the internet aflame by going all Tom Selleck, I had only one option left to me.

I had to make them fight. 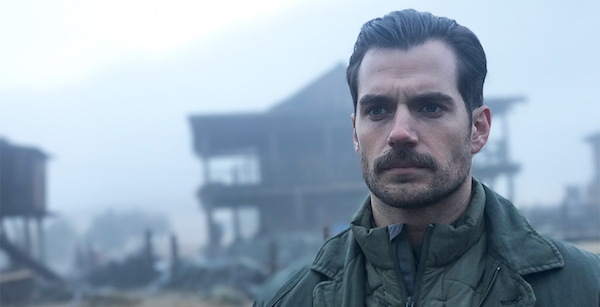 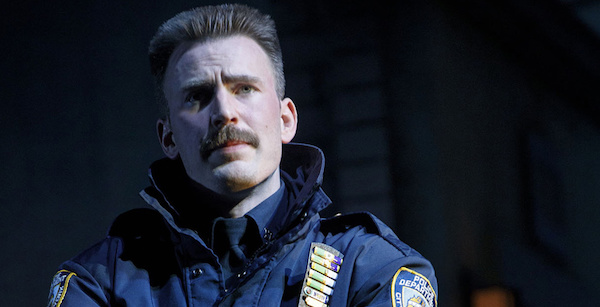 Not the actors, of course, who are buddies who like to hang out being handsome together in tuxedos at the BAFTAS. (It’s okay. Take some time with that picture. I’ll wait.) No, the mustaches. Which of these glorious push-brooms would emerge victorious in combat? Let’s take a closer look:

I have not had a chance to conduct experiments in re: tensile strength of the individual hairs, but I spent quite some time closely examining pictures of both gentlemen’s mouths. (No, no, don’t thank me. I do it for my art.) While Cavill’s mustache is certainly a respectable example of the form, Evans’s is clearly fuller, and thus more powerful.

As we all know, Henry Cavill’s mustache proved impossible to properly eradicate even via the most sophisticated of computers. This is a tenacious ‘stache. Yes, Evans’s hasn’t been put to the same test, but neither has literally any other mustache in history, because that was a ridiculous decision. Whatever, I’m giving this one to the English.

Look, Cavill should never hide his light under a bushel, and I think the YouTube comments on the Infinity War trailer prove that the entire universe is desperately, pantingly Team Beard when it comes to Chris Evans’s personal grooming choices. But if they must ‘stache, who ‘stached better?

Cavill’s got kind of an ’80s man’s man thing going on, but the mustache also evokes Dr. Watson, the action dreamboat of the Sherlock Holmes canon (don’t @ me), or maybe, like, a turn-of-the-century Coney Island carnival barker, which is totally a thing for me in ways we don’t need to discuss. Evans, meanwhile, is going for ’70s sleaze, and so the offputting effect is totally deliberate. But, like. It’s really offputting.

Sure, these are today’s mustaches, but both of these bristly bros have had upper lips for practically their whole lives, and these aren’t the first soup strainers they’ve sported. So who had the better practice runs?

Cavill’s early career as a posh English chap doing posh English period dramas means he was mostly sporting a clean-shaven stiff upper lip in those early days, but I did manage to find this wispy disaster from Tristan and Isolde. 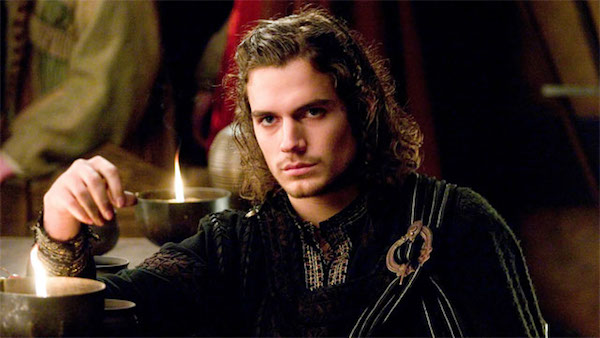 Evans, meanwhile, spent most of what would have been his misspent frat bro years as a minor heartthrob, allowing for lots of public mistakes. (#1 and #7 at that list are particularly, um, choice.) Oh, buddy.

What about fake mustaches? Is this cheating? I don’t care, these pictures are hilarious: 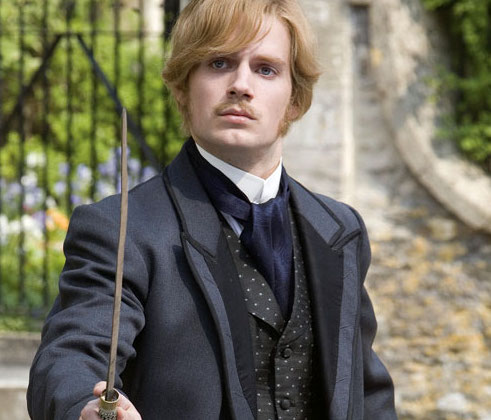 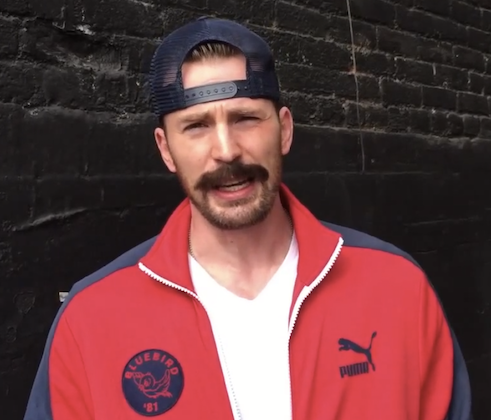 Winner: Us, clearly. But also Evans. That thing is majestic.

Cavill clearly understood what the mustache meant to us all, because he posted this moving tribute on Instagram, which frankly earns him about 10,000 extra points in this competition:

Congratulations, Henry Cavill’s mustache! You win a $200 gift card to The Art of Shaving and a signed copy of Nick Offerman’s book, Paddle Your Own Canoe. Please email facialhair@bookriot.com to collect your winnings whenever you re-emerge on Mr. Cavill’s lip.