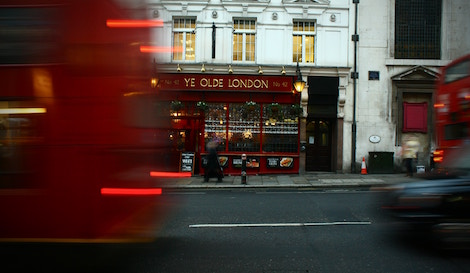 This month’s collection of British books crossing the pond is an eclectic one with varied themes—historical crime, music, linguistics, feminism, and love. Have a look and see how you fancy adding some Brit Lit to your life in April. 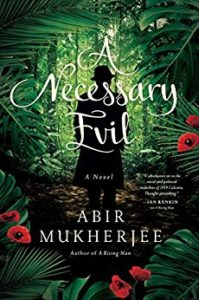 Abir Mukherjee’s debut novel, A Rising Man, came out of his desire to learn more about a seemingly forgotten time in Anglo-Indian history. Captain Sam Wyndham and Sergeant ‘Surrender-not’ Banerjee are back in the second book of what is now a series, investigating the assassination of the Maharaja’s eldest son in 1920, and hoping they find the murderer before he finds them. The Times has called Abir Mukherjee “a rising star of historical crime fiction.” 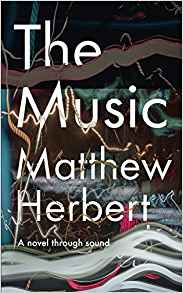 The Music: A Novel Through Sound (Unbound Digital, April 5, ebook only)

This book sounds so intriguing, and I love the cover. Matthew Herbert is an award-winning musician who has worked with artists as diverse as Bjork and Will Self. His novel is “a description of an imagined album” and “a manifesto for sound, challenging how we hear the world itself, while listening to stories about humanity and our place in that world.” Unbound is an innovative publisher whose crowdfunding model allows them to not worry so much about fitting neatly into genre categories, and I can’t help wondering if this book is exactly the kind of thing that the company’s founders had in mind when they designed it. 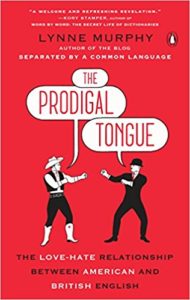 I’ve followed linguist Lynne Murphy on Twitter since my very early days on the social network and from time to time I’ve tweeted her when I’ve been bewildered by an American word or needed a British equivalent for something. I’ve always been jealous of her handle, which is so perfect for her: @lynneguist. Her blog, Separated by a Common Language, goes deep into the weeds of cultural and linguistic differences between the U.S. and the UK, and I’m excited to see her work come to us in book form. 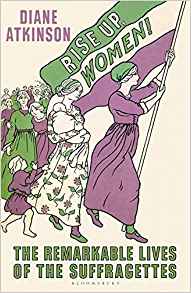 Rise Up, Women!: The Remarkable Lives of the Suffragettes (Bloomsbury Publishing, April 17)

2018 marks 100 years since some British women got the vote and were first able to stand for Parliament, and that’s inspired a lot of books about feminism in general and the suffrage movement in particular. Rise Up, Women takes a closer look at some of the women who made that up that movement—women of all ages and social classes, from all four corners of the UK, in a “meticulously researched, vividly rendered and truly defining biography of a movement.” 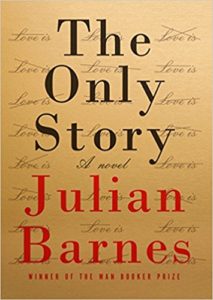 The Only Story by Julian Barnes (Knopf, April 17)

For many of us, the story of our first love leaves a lasting footprint on our lives and becomes, in a sense, the only story that matters when we try to understand ourselves. That’s certainly true of Paul, who at nineteen is paired up in mixed doubles with a much older partner with whom he falls helplessly, desperately in love. This novel by the talented Julian Barnes is about this relationship, but it’s also about memory, what it does for us, and the tricks it plays on us.

Want even more Brit Lit? Find all of our British books and recommendations here.