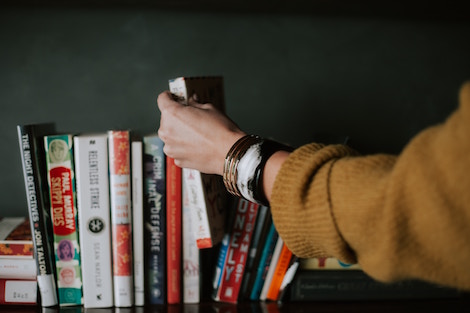 There can be a lot of pressure to keep up with the must-reads. Whether they’re classics or hot new releases, it’s easy to feel like everyone has read X title but me! And although it can be fun to ride along with the most-hyped books, there are plenty of brilliant books you’ve never heard of out there that are languishing in obscurity. With so much being published every day, it’s impossible not to have some titles be left behind and forgotten.

So we wanted to share some of our favorite books that haven’t gotten the attention that they deserve. We used a completely arbitrary cut off line: books that have fewer than 100 ratings on Goodreads. We hope this helps you discover some great books you’ve never heard of! 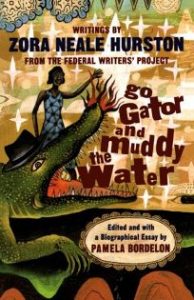 Go Gator and the Muddy Water by Zora Neale Hurston

In college, I did a bunch of research on Florida writers, and I became enamored with Zora Neale Hurston. Everyone has read Their Eyes Are Watching God, but most tend not to go too much deeper than that, which is a shame. Go Gator and the Muddy Water contains a great deal of Hurston’s writing from the Federal Writers’ Project as well as folktales and reportage. If you want to really understand Hurston’s writing within its historical and cultural context, this is the book you need to read. —Rebecca Renner 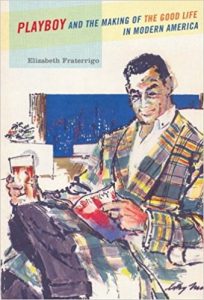 When I was looking through my Goodreads for books with a low number of reviews, they were, like, 99% really dense feminist and queer theory books. Thanks, MA in Gender Studies! So yes, this is an academic socio-historical book, but it’s absolutely fascinating. Fraterrigo explores the history of Playboy and the legacy of Hugh Hefner who, like him or not, played an enormous role in the public perception of sexuality from the prudish 1950s to the “free love” 1960s. It’s an excellent exploration of masculinity, leisure, sexual liberation, and luxury. If you’re interested in gender, sexuality, and history, don’t sleep on this one! —Susie Dumond 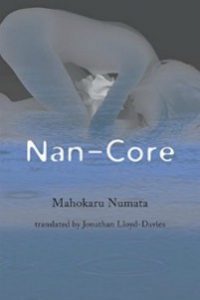 Ever since I started reading Natsuo Kirino several years ago, I’ve been intrigued by Japanese thrillers, specifically the subgenre called iyamisu (roughly translates to “eewww”) which explores the darkest parts of human nature. Eventually this led me to Nan-Core, one of the few that’s been translated into English and released in the U.S. Ryo’s mother has just died and his father is terminally ill when he finds four notebooks in his parents’ house. The notebooks are the confession of a woman who has killed several people and Ryo finds he has strange childhood memories triggered. Ryo tries to find out who wrote the notebooks, if what they describe is real or fantasy, and how they connect to him. —Jessica Woodbury 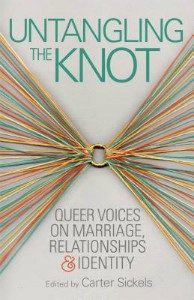 When the Supreme Court legalized gay marriage, I was a lot less enthusiastic than many other queer folks. This fantastic essay anthology beautifully articulates exactly how I feel about it: while marriage equality is absolutely worth celebrating, queer relationships and queer family come in all shapes and sizes, not just marriage. The essays in this anthology come from voices often underrepresented in the queer community: trans folks, people of color, immigrants, polyamorous folks, and people whose families, for many reasons, are not recognized by the law. The essays are raw and powerful and tell so many important stories that I want everyone to hear. This is the book I want to give to young queer people, because it explores the full spectrum of the queer experience: vast, messy, and complicated. Some of the essays contradict each other, and that’s just as it should be, because queer people are not a monolith. This book is a wonderful celebration of found family and all the various manifestations of queer love. I come back to again and again, and learn something new every time. —Laura Sackton 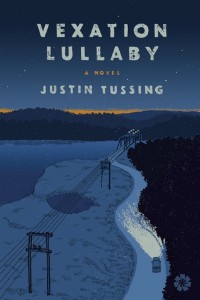 First off, the cover of this book is beautiful and the first few pages feature a description of the end of a concert that captures perfectly that weird moment between the intensity of the last song and the lights coming up when the audience abruptly goes back to real life. The story follows an aging rocker, Jimmy Cross, on tour and several people in his orbit, including a doctor that may or may not have a personal connection to Cross, and a super fan that attends and documents every show. The thing I love most about this book is the attention to and dissection of Cross’s song lyrics. If you’re a music fan in love with concerts, bootleg tapes, and the nuances of a live cut from one city to the next, you’re going to want to check out Vexation Lullaby.  —Dana Lee 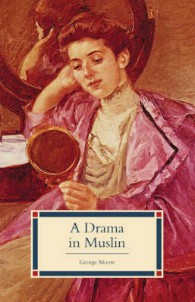 A Drama in Muslin by George Moore

If you like Jane Austen, you’ll like A Drama in Muslin. In this Irish novel, a mother from Co. Mayo tries to marry off her daughters in the shifting social climate of 1880s Dublin society. Yet the book has a bit more meat than the average Austen novel, acknowledging the political context of the time and the Land Wars upheaving the social order. The main character, Alice, goes through a really satisfying character arc in which she has a moral awakening regarding her own privileged class. The book is also refreshingly feminist, referring to the girls as “muslin martyrs” and revealing the injustices they face in a society where they are only valued if married off. —Emily Polson 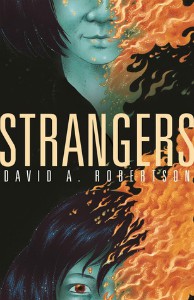 trangers (The Reckoner #1) by David A. Robertson

An incredible start to a YA fantasy series based in traditional trickster narratives. This book did a really fantastic job of creating characters and situations that were believable yet fantastical. Imagine if Eden Robinson wrote a young adult series. I feel like this would be a hit with anyone who loves the traditional hero/heroine chosen one storylines, X-Men, and own voices narratives. —Danielle Bourgon 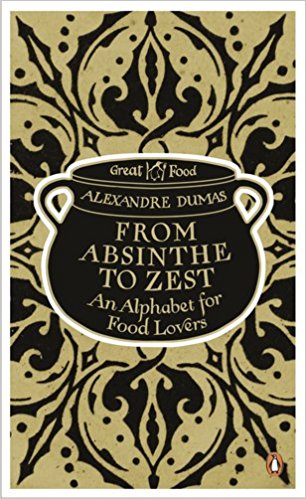 From Absinthe to Zest:  An Alphabet for Food Lovers by Alexandre Dumas

Yep, that’s right—the Three Musketeers guy wrote an alphabetical treasure about food, for food lovers. This cute little book (it looks like it could fit in your pocket) takes us from A to Z, covering foods that we’ve heard of (oysters, vanilla) to those that are less conventional, at least to Western audiences (bear meat, anyone? kangaroo?). Preparation notes included in addition to Dumas’s particular thoughts on each food. This makes a great gift for the food lover in your life (and if you are the food lover in your life, get ready, because this is a fun read). —Dana Staves 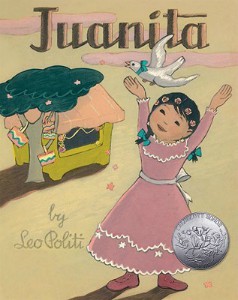 This is a classic children’s book set in Los Angeles, specifically on Olvera Street, the Latina neighborhood.  Politi’s beautiful watercolors show four-year-old Juanita taking a dove to The Old Mission Church for the Blessing of the Animals before Easter. Juanita was runner up for the 1948 Caldecott, and Politi won in 1950 for Song of the Swallows, notable recognition in a time when Italians were not necessarily considered white people. Juanita is my favorite, partly because of reading it across several generations of my family, and partly for its sweet, beautiful story. —Aimee Miles 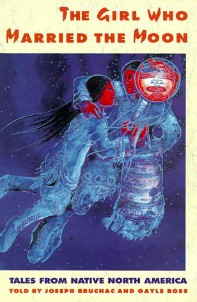 The Girl Who Married the Moon: Tales from Native North America edited by Joseph Bruchac and Gayle Ross

This is one of my favorite collections of Native American folklore. Each traditional folktale features strong, young Native women navigating the time between childhood and becoming an adult. If you’ve ever heard anyone say fairytales can’t be feminist, here’s a collection to give them. It’s geared toward young adults, but readers of any age would enjoy it. —Margaret Kingsbury 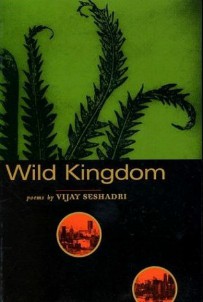 The poetry of Wild Kingdom blends together scenes of city and scenes of wilderness seamlessly as one place of interesting creatures with similar challenges and philosophy. Most of the collection features poems of a few short stanzas with blasts of images and unexpected conceits. —Christina M. Rau 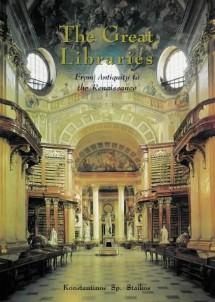 The Great Libraries: From Antiquity to Renaissance by Konstantinos Sp Staikos

Who doesn’t love an awesome library???? This coffee table-sized book is filled with illustrations and photos of the greatest libraries the world has ever known. Not only is it total eye candy, but it’s packed full of fascinating information, stories, and history. This is the only book I’ve ever seriously considered outright stealing from my library and keeping for myself, and TBH I’m kinda upset I didn’t because someone else did. Damn it. —Tasha Brandstatter 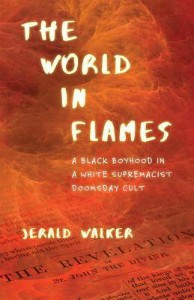 The World in Flames: A Black Boyhood in a White Supremacist Doomsday Cult by Jerald Walker

I am shocked this memoir doesn’t have a billion reviews just based on the title having made everyone and their mother want to read it. Seriously, Walker grew up in a doomsday cult (world is going to end on X day) that was segregated. So not only was he growing up in a cult, he wasn’t allowed to interact with any of the white members, which was basically the whole cult. It’s a fascinating and heartbreaking memoir told matter of factly, which places the reader in his childhood rather than having anger and resentment towards the situation or his parents—two people who’d been born sighted and due to separate childhood accidents became blind and were fueled by the promise of sight to join and stay in the cult. —Jamie Canaves 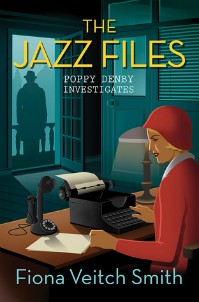 This was one of the most fun books I read in ages and I can’t believe it only has like 60 reviews! It’s been out a couple years now, too, so let’s give it, and the whole series, some love. In this book, 22-year old Poppy Denby is leaving her parents’ home in the north of England to go to London to be a companion/caregiver to her ailing aunt, Dot, who had been paralyzed in a suffragette protest before WWI. Now it is 1920 and Poppy is eager to go to London and set out on her own. Dot, though, doesn’t tell her that she’s actually going to get her a job at a local newspaper, which sets Poppy off on an entirely different track, and throws her into the path of danger when she uncovers a dangerous plot. The whole story was fast-paced and tautly written with exceptionally fun characters. Poppy is one of my new favorite lady characters. Flapper ladies taking charge! —Kristen McQuinn

47,000 Beads written by Koja Adeyoha and Angel Adeyoha, and illustrated by Holly McGillis 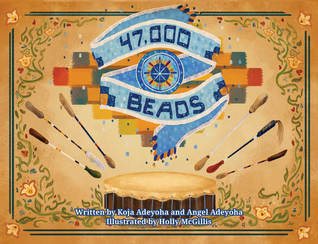 This is a beautifully illustrated picture book about Peyton, who is struggling with feeling like she doesn’t match the gender expectations of her. Her family, recognizing this struggle, all come together to prepare a gift to show Peyton that they accept her and teach her about what being two-spirit means. The author is also a two-spirit indigenous (Lakota) person. I think every elementary school and public library should have a copy of this! —Danika Ellis 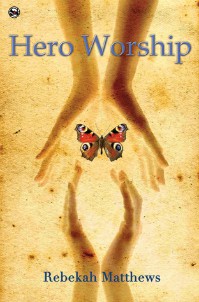 This is simultaneously one of my favourite books, and one of the books that was the most painful for me to read. Valerie is a twenty-something who’s had a string of bad relationships and is still trying to figure herself out. She is writing letters to her ex-girlfriend, trying to deal with how much she misses her, though she’s not sure how much the girlfriend ever even liked her. Valerie’s desperate desire for love and attention was uncomfortably relatable, making me flinch sympathetically almost every other page. —Danika Ellis

I encourage you to check out your own favorite little-known books! Click on your Read shelf and select sort by “Num ratings” on the white bottom bar. You might be surprised by which books get the most attention.