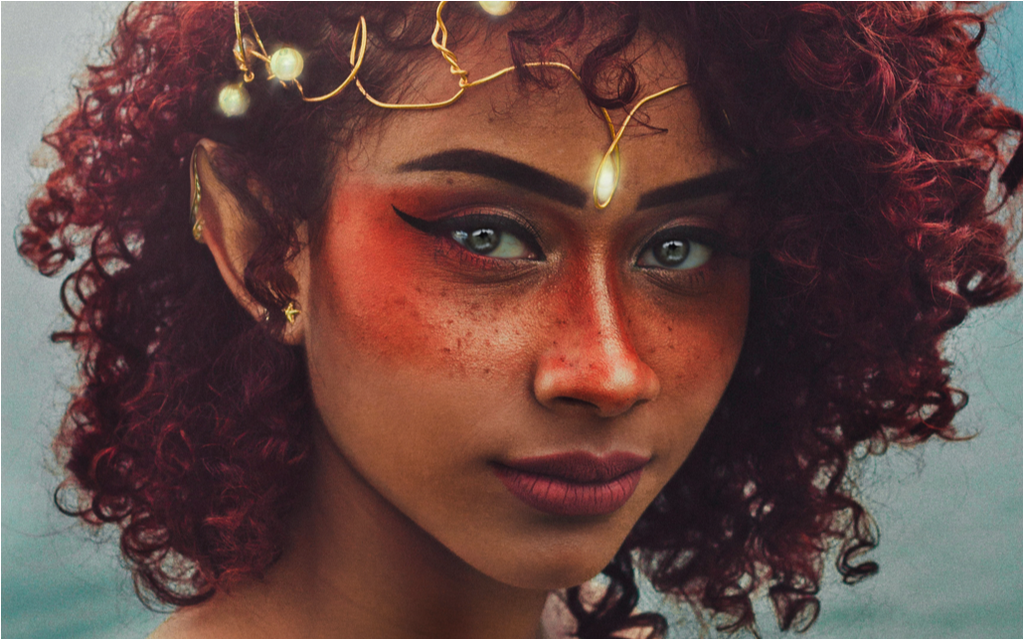 For years, I searched for books that were like my favorite novel. I searched up and down in Goodreads, tried subject headings in library catalogs, and asked Book Riot Insiders for recommendations. Then by chance, one day, I was browsing through the Wikipedia page on Cyberpunk derivatives and saw a section titled Elfpunk. Huh—elfpunk. A sense of excitement lit up my veins when I saw my favorite book listed as an example. I had found my people. My books.

There are few resources available to describe the genre online. Wikipedia provides a great definition, stating that it’s a “subgenre of urban fantasy, in which traditional mythological creatures such as faeries and elves are transplanted from rural folklore into modern urban settings.” This post from STEAMED!, a blog primarily about Steampunk, goes into more detail and provides additional titles that fall under the genre. User suzannelazear writes that, “These stories are often dark and gritty and may feature rock bands, car racing, or motorcycles.” Importantly, she adds, “The biggest difference between Urban Fantasy and Elfpunk is that Elfpunk only uses Faerie creatures.” Finally, suzannelazear points out that as a -punk genre, “Elfpunk isn’t always full-on dystopian like cyberpunk, but there’s often themes of rebellion, of fighting against society and challenging social norms.” The article is definitely worth a visit if you want even more detail.

All of this seemed so obvious once I discovered it. I’d used words like “gritty” and “urban fantasy” to describe what I now knew was “elfpunk” in my search for similar books in the past, but what book these days isn’t described as “gritty”? I hadn’t realized how central the rock bands and motorcycles were, though, until these articles pointed it out. Now, I had a whole new way to find books I would love and define books I always had loved.

WHERE TO GET STARTED WITH ELFPUNK

At this point, I’ve (hopefully) successfully convinced you that elfpunk is a killer genre that is totally worth reading. It’s a relatively small one, though it got a bit of a bump over the last decade or so thanks to the whole young adult paranormal romance boom (which, yeah, thanks in large part to Twilight—don’t @ me). But where do you get started?

I’ve put together a small list to help you out. Elfpunk is, likely because of its close ties to Celtic mythology, a pretty white genre (though, as the STEAMED! article points out, elfpunk can pull from a number of mythologies and still qualify—where’s my Japanese elfpunk, publishing industry?). If you’re looking to just get started with elfpunk, though, try these: 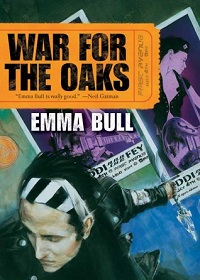 Eddi McCandry has just broken up with her boyfriend—and, consequently, the band she plays guitar for—when a huge dog follows her around Minneapolis. Before she knows it, the Seelie Court has pulled her into a war against the Unseelie Court. And while the Queen of Air and Darkness might not care for the mundane parts of Eddi’s life, Eddi still has to make a living and the only way she knows how is rock ‘n’ roll. 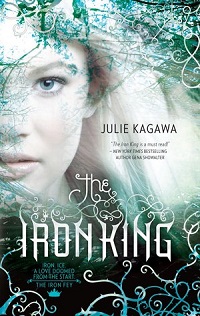 Though Meghan never quite felt like she fit in, she never imagined that she is actually the daughter of a faery king. An evil force is ripping through Faerie, however, and she may never know the home she only just learned of. While the force is untouchable for Faerie, Meghan soon learns that perhaps she has the power to defeat it. As she plunges into her new world, Meghan discovers her bloodline and her limits in an action-packed fantasy. 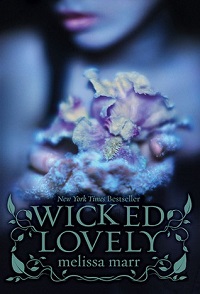 The first in a series of five, Wicked Lovely brings Aislinn to the attention of Keenan, the faerie Summer King. Despite Aislinn’s rules for not interacting with fae, Keenan’s power overcomes her determination as he infiltrates her life. Try though she may, escape doesn’t seem possible for Aislinn, and the world of faerie is calling. 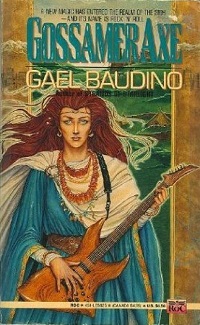 In Denver, Colorado, harpist Christa primarily keeps to herself, though her last opportunity to save her lover from an eternity of damnation under faerie constraints is quickly approaching. When it occurs to her to use the power of rock ‘n’ roll to defeat those who hold her beloved Judith in bondage, Christa assembles a killer band made up of women fighting their own battles. With a little help from a local guitarist, Christa sets her sights on her enemy, Orfide, with no mercy. 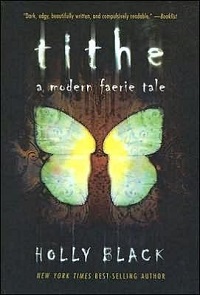 Easily the reigning queen of elfpunk, Holly Black, whose dedication to faerie led her to get a body modification in the form of pointed ears (um, how cool is that?), started her writing career with Tithe. Tithe introduces readers to Kaye, who finds herself back in her childhood home despite roaming around the country with her mother the last several years. Soon, the world of Faerie foists a quarrel upon her when she meets the painfully handsome Roiben. With nothing but her own spunk to get her out alive, Kaye navigates this unfamiliar world while learning more about herself. (And if you like Tithe, many of Black’s other novels work within the same universe and feature cameos from characters across the books.)

What elfpunk books did I miss?