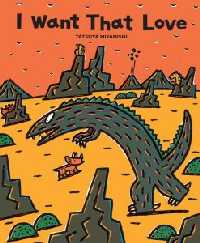 There are two books I can point to that make me cry in an instant. Both are children’s books. One is I Want That Love by Tatsuya Miyanishi, about a dinosaur learning that there is a greater strength in loving than in being large. The other, Stay: A Girl, a Dog, a Bucket List by Kate Klise and illustrated by M. Sarah Klise, is about a girl wanting to make the most of her final years with her pet dog. Both are children’s books, and both were coincidental finds at work (1). Both deal with loss, or the expectation of it. This is not a subject I gravitate to. I do not cope well with loss, nor do I seek it out.

It’s an old joke, how much of children’s media is geared towards death and loss. Children’s books and movies (especially of the Pixar variety) all have high casualty rates. My family did not expose me to much of this and my access to these things were more limited than others’ (2). My family did not really pass down any cultural coping mechanisms for it (3), and my mother also does not deal well with loss. Now I find I do not have the tools to mourn the people and animals I have cared for. Instead, I separate myself from death and the dying. The only way I know how to cope with loss is through a preemptive separation; severing any emotional links beforehand in order to not leave myself vulnerable for loss. 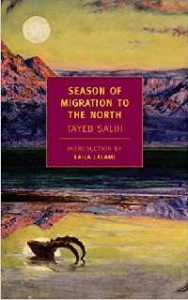 Most of adult-centered media is less concerned with the healing necessity of mourning. There are self-help books, but I have a hard time reading those because it is too familiar to a therapy session with a therapist with whom you have no rapport. But fiction is worse, in particularly literary fiction of the kind I was exposed to throughout high school, college, and graduate school. Death and loss become plot or character devices. Often death becomes less about learning to accept loss than a character’s death being a burden another character must wrestle with. One that comes back to me regularly is the suicide of Hosna in Season of Migration to The North by Tayeb Salih. Wherein her death causes the narrator to come to terms with his feelings for her and his approach to his culture. But in such cases, it makes loss something removed from the dead. The death is an object, not remembrance of the former living.

Literature and fiction are riddled with such examples, but few tools for actually mourning in a functional way. Too many of us were too old to grasp these lessons when they needed to be learned. As an adult, I’m finding a second childhood exploring the texts I was not given as a way to learn to cope with loss. While that joke about children’s media having a high body count rings true, maybe it is because the adults producing it learned too late the necessity of dealing with death. Maybe it is a way of rectifying the fear we learned of loss. Or maybe it is just melodrama. Either way, it is finally teaching me to build the mechanisms that I did not have when my loved ones passed. Maybe I can learn learn to finally deal with it in ways I could not. So what if they come with illustrations of dinosaurs.

(1) Actually the first one was handed to me by my boss who had read it and also cried.
(2) My father did not want us to watch children’s programming because he thought it would stunt our intellectual growth.
(3) If you’re into cultural death practices, though, I highly recommend Caitlin Doughty’s From Here to Eternity: Traveling the World to Find the Good Death.