I spent a few semesters in creative writing workshops in college and graduate school. Even though I was never one of the best writers, I liked to think I was pretty good at picking out the people who were going places. I could tell who was letting their own insecurities get in their way, who was interested in being “called a writer” rather than in sitting alone and writing, and a few other usual suspects. I also noticed the people who put raw emotion on pages, who set aside time they could have been doing other things to write, and who took critique seriously. 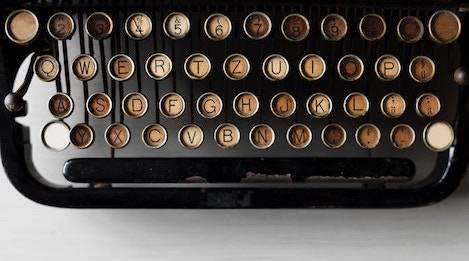 All that to say, one of my former classmates is in the process of making it big right now. I won’t namedrop, because his success isn’t about me, but his book arrived in the mail the other day and I realized that I relate to it differently than I do to other books. It feels like a monument to the hours we all spent trying to say the right thing to help an author make a breakthrough. It looks so pre-formed: the paper is thick and the wording is careful. The back jacket has famous people gushing about the prose and the symbols and the meanings. Back in class, he just got our stack of page-long letters that critiqued and praised his work. We knew he was onto something too, but we knew that not every great writer makes it to the big leagues.

Now one of us has, and I’m sure others are focused on their own careers, measuring themselves against his success. I have strayed so far from being a “Writer” that I focus more on the book itself, physically. I think I identify more with the way I read stories written by a class buddy, but realizing that every book I pull off the shelf is actually someone’s community, someone’s culmination of hours of work and of other people reading and responding and participating…It makes books even more special to me.

So yes, I’ve followed the great reviews that have come in for this book with the pride of association; I could spend my time doing sillier things on the internet. I’ve also taken some time to read the book (seems fitting, right?), even though some parts of it were either written in classes with me or inspired by things that were written in classes with me. I’ve learned a few things though that I’ll apply to a few other contexts:

Most writers are happy for other writers.

I am amazed not just about how many strangers love this book, but how many people who know and care about this author are going to bat for him on social media to get the word out and share a great story. I’ve spent some time around people in the world of self-publishing, and the headlines sometimes show tiffs between writers, but what I’ve noticed is that when someone we know does a thing, we mostly whoop and holler for them. Even more so when we mostly identify as readers, but I think it’s important that someone be noticing the ways the authors we love hold each other up rather than just tearing each other down.

I am so tempted to go buy every mildly-recommended first-time author’s book after this experience. Knowing how much this experience of success is validating and uplifting a hardworking person who matters to me personally makes me want to spend more (even more?) money on books, specifically the less-known newbie authors. This is a big break for my classmate, and I love the idea that buying the book contributes to his career getting a great start in the publishing world.

Even the books you don’t love have a story behind them.

I also feel better about some of the books I’ve read lately that weren’t so good; I have a tendency to get impatient and grumpy when I don’t like a book. In the end, though, I’m sure there will be people who don’t know the story behind my friend’s book, and they’ll pan it because it just doesn’t work for them. I like the idea of finishing a book I don’t like so much and remembering that someone is out there, hoping this book finds the right people for it. They are surrounded by just as many hometown cheering folks as my friend is, and even if I don’t want to read their book again, I cannot help but wanting them to find their success too.