I finish books. It’s what I do. I’ve pushed myself to read from cover to cover almost every book I’ve ever begun (exceptions: Lolita and The Confederacy of Dunces, and shame on me). Otherwise, I’m in it to win it, even if winning it means powering through sub-par plots and drawn out predictable ideas.

However! Winning it can also mean finding myself incredibly confused, not really knowing who the characters are or what they’re doing, and still reading along, finding the experience fascinating. Sometimes I’ll hear someone drop a title and I’ll say, “Oh, I read that,” and they’ll ask, “What did you think?” and I’ll say, “It was awesome, and I have no idea what it’s about!” Chances are someone will either explain it to me, or better yet, shout the same with a raised fist of victory.

Here are some books to get lost in—like literally confused—while loving every minute. 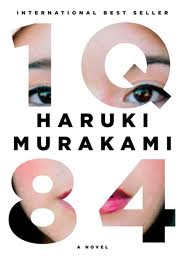 There’s a passage in the final third of 1Q84 that is about Proust–it discusses how some of his work is circular. Haruki Murakami had to have been referencing that as a meta-reference because the whole time I was reading, I was thinking, THIS book is so circular, so repetitive, which sounds like a bad thing but is actually quite helpful. Then it goes on to discuss how the people in the book are really the readers of the book. That’s where the similarity ended, or did it?

Really, 1Q84 is a love story in the Love in a Time of Cholera way: lovers who belong together are not together but deserve to be. It is also a story of great intrigue about a lone vigilante of the female persuasion who goes after men who beat their wives. It is also a story about fiction writing and media.

All of those plots are smoothly and intricately woven together and apart and together again. Murakami’s prose style is very simple with clear images. Everything is in detail–how people look, how a heart-beat sounds, everything.

And then the little people appear via the mouth of a dead goat at which point suspension of disbelief is an integral part of the reading process. This was the Now It’s Getting Weird moment, but going with it is worth it. The book becomes somewhat like magical realism or sci-fi or allegory. It’s something that I can’t quite describe, which makes me want to read it five more times. 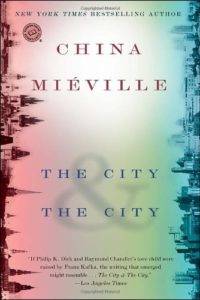 The City and the City by China Miéville

A murder has occurred at the onset of The City and the City, and Inspector Tyador Borlú is on the case! This mystery thriller—I think it’s a mystery thriller—goes beyond any twisty-turny crime novel by John Grisham and even further than any red-herring laden tea shop mystery by Laura Childs.

The setting is two cities. That seems simple. However, the cities overlap each other. That seems a bit more complicated but still understandable in a way. Then we have to imagine a place where people don’t or try not to openly acknowledge each other, they un-see each other, or look beyond each other, because they are in different cities even though they are passing each other on the same street. They know that it’s the other city because of crosshatching.

Now I have no idea what that means, but it is absolutely fascinating. Miéville creates such a detailed, compelling landscape that is sometimes gritty and sometimes gorgeous. The murder becomes secondary as this strange circumstance of un-joint living unfolds. 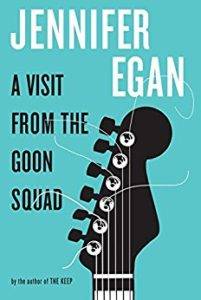 A Visit from the Goon Squad reminded me of the movie Slacker in which we follow one character who meets another character, and then we follow that new character’s story instead of keeping with the first character we’ve met. (If you haven’t seen the movie, drop whatever you’re reading, watch the movie, and come back to this book).

However, Jennifer Egan’s book differs in that it always comes back to our first few characters. The looping is helpful in tying together loose ends (which doesn’t happen in Slacker), and that lets the plot unfold. As I sometimes do, I wrote a little character tree on a piece of scrap paper to figure out their relationships that aren’t clear at first. I like a good character tree challenge. Time shifts through years and years, and back and forth, too, creating a need for another chart about time. I like a good time chart challenge.

The writing remains engaging and the story lines about family, the music business, and love, are all relatable or familiar. The most unique section comes towards the end of the novel, written from a young girl’s point of view using PowerPoint slides. More charts! 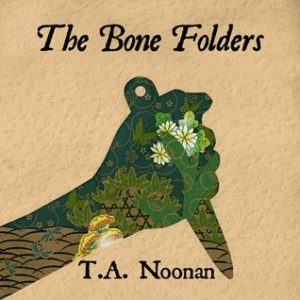 The Bone Folders by T. A. Noonan

I’m a poet, and some of my poetry is super experimental. Often, I’ll write something and think, “I have no idea what that’s about.” So I like a collection that can be beyond safe. The Bone Folders has a mix of prose poems and math equations. Yes, that’s right. There’s math, but it’s poet math, which means it sounds pretty.

There are also poems that have columns and parenthetical asides and they talk about water, fire, and witches—in fact, the entire collection is about witches. That’s a fact I found out from reading the description! It doesn’t even matter! The images pop off the pages, and the words sound harmonious—and then not harmonious—in the most poetic ways.

Get confused in these books, or feel free to explain them to me. However, I’ll still delight in being lost.