Back before I started reading BUST and Bitch, before I discovered Scarleteen, before I kicked off my publishing career as an intern—and then an editorial assistant—at the Feminist Press, I was reviewing sex toys and erotic films for an adult personals site. This wasn’t a career path I’d planned for. I was just a college student who thought she was interviewing for the chance to write online content for an alternative weekly. But once I realized what I was in for, I embraced it wholeheartedly. I had recently emerged from my first sexual relationship—one that had been unhealthy for a variety of reasons—and I was struggling to reclaim my sexuality, a sense of body ownership and agency. Test drive sex products? The timing was just right.

But even as I was trying cardio striptease and learning about the glories of clitoral stimulation and visiting my very first feminist sex toy shop (the Brookline, Massachusetts–based Grand Opening!, which has since gone online-only), I was also learning about the uneasy negotiations between feminism and sex positivity through the words of Carol Queen, Inga Muscio, and Pat Califia, through the review copies we received at the office alongside packets of lube and condoms. It was these movements that truly interested me, much more than the bad porn I watched with a notebook and pen at my side. More than riding crops and bullet vibes, this information is what really promised me the answers I was looking for.

I continued my self-education after the internship ended. And after graduating from college and moving back home to New Jersey, I became a regular at Babeland, reviewed toys for a number of publications, and wrote as much as I could about the sex-positive community that existed in New York City. But the focus of my writing eventually shifted, I stopped commuting into the city and, though I still write about female sexuality within the context of health and education and rape culture, it’s now been about ten years since the bulk of my work revolved around sex-positive feminism. 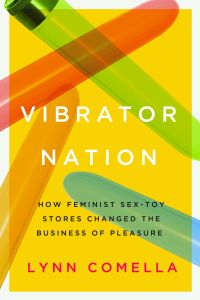 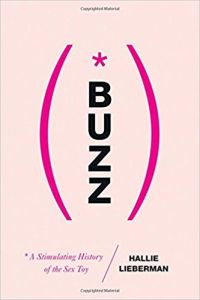 Both books were fascinating reads, and showed me the inner workings of an industry and of a movement I had known only glancingly. But they also showed me the inherent complications in a business model that touted the benefits of a very limited brand of feminism—complications I was too clueless to notice 10–15 years ago. Comella’s book in particular points out the overwhelming middle class whiteness of the movement, one that excluded others who did not fit into that particular vision of race, gender, and class.

Now that I’ve finished Buzz and Vibrator Nation, it’s clear that I need to continue this education. To read the books that lay out the flaws in sex-positive feminism, and that also make the movement accessible to more marginalized populations. I need to read Tricia Rose’s Longing to Tell, Dorothy Roberts’s Killing the Black Body, and Gail Wyatt’s Stolen Women. I need to read, well, everything by bell hooks, but especially Ain’t I a Woman. I need to read a number of the books on this fantastic list fellow Book Rioter Patricia put together, which contains a hefty section on gender.