Eleanor Oliphant is blunt. She has poor social skills. She doesn’t understand why people act the way they do. She is utterly alone in the world. And in Gail Honeyman’s debut novel Eleanor Oliphant is Completely Fine, her life starts to change. She falls in love with a musician she’s never met, saves a life, makes a friend, gets a mall makeover, and confronts the fiery demons of her past, all with a bit of cluelessness and heaps of dry wit. 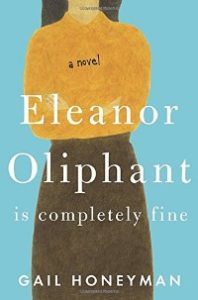 Eleanor is one of the oddest characters I’ve ever read, but she’s also one of the truest. Between the weirdness and mishaps, she exhibits these moments of astute social commentary.

I keep finding quick, delightful sparklets from Eleanor’s narration that feel so familiar to me it’s like they’ve been ripped from my head.

Without context or further ado, here are 13 quotes from Eleanor Oliphant that will please any introvert.

3. “No thank you,” I said. “I don’t want to accept a drink from you, because then I would be obliged to purchase one for you in return, and I’m afraid I’m simply not interested in spending two drinks’ worth of time with you.”

5. “It is incomprehensible to me now that I could ever have thought that anyone would love this ambulant bag of blood and bones.”

6. “I allowed my mind to wander. I’ve found this to be a very effective way of passing the time; you take a situation or a person and start to imagine nice things that might happen. You can make anything happen, anything at all, inside a daydream.”

7. “It never ceases to amaze me, the things they find interesting, amusing or unusual. I can only assume they’ve led very sheltered lives.” 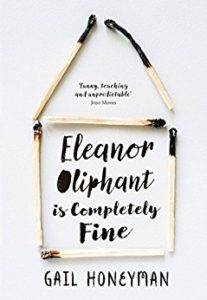 8. “These days, loneliness is the new cancer—a shameful, embarrassing thing, brought upon yourself in some obscure way. A fearful, incurable thing, so horrifying that you dare not mention it; other people don’t want to hear the word spoken aloud for fear that they might too be afflicted, or that it might tempt fate into visiting a similar horror upon them.”

9. “I have often noticed that people who routinely wear sportswear are the least likely sort to participate in athletic activity.”

10. “It turned out that if you saw the same person with some degree of regularity, then the conversation was immediately pleasant and comfortable—you could pick up where you left off, as it were, rather than having to start afresh each time.”

11. “People don’t like these facts, but I can’t help that. If someone asks you how you are, you are meant to say FINE. You are not meant to say that you cried yourself to sleep last night because you hadn’t spoken to another person for two consecutive days. FINE is what you say.”

12. “Was this how it worked, then, successful social integration? Was it really that simple? Wear some lipstick, go to the hairdressers and alternate the clothes you wear?”

13. “A woman who knew her own mind and scorned the conventions of polite society. We were going to get along just fine.”

And there’s some good news for fans of Eleanor Oliphant. A film is in the works! Reese Witherspoon’s company Hello Sunshine has set up to produce Eleanor on the big screen.

What are your favorite quotes from Eleanor Oliphant Is Completely Fine? Check out all of our bookish quotes here.