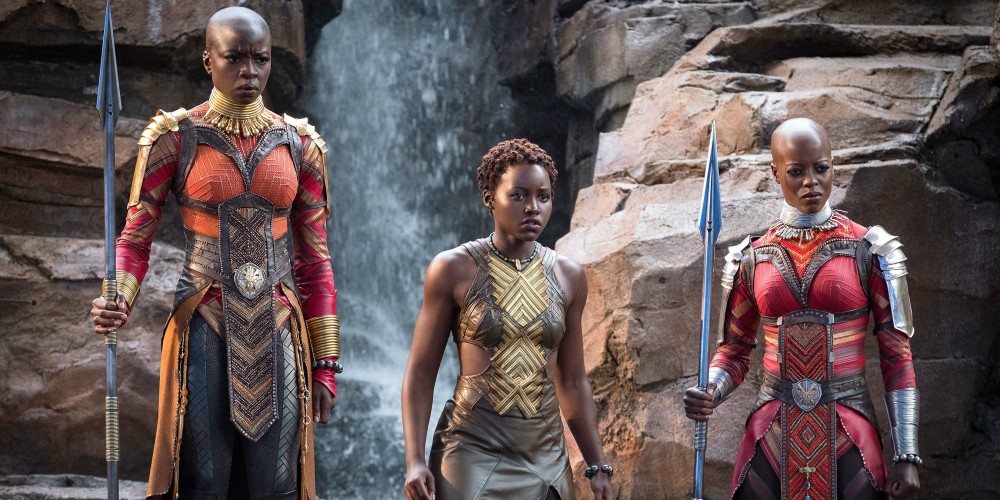 For many MCU fans, the following scene was their first introduction to the Dora Milaje, though they may not have known it at the time:

In Captain America: Civil War, Florence Kasumba is credited only as “Security Chief” but even in this brief glimpse of her character we know there’s far more to her than such a bland title would suggest. Her stance, her confidence, her single line, delivered both evenly and extremely threateningly, the ease with which she stares down the Black Widow…this woman is no mere bodyguard.

Kasumba reprises her role in Black Panther but this time she does have a name: Ayo. And Ayo is one of the Dora Milaje (created by Christopher Priest and Mark Texeira, first appearance Black Panther vol 3 #1 in November of 1998).

The Dora Milaje were originally envisioned primarily as a means for each of the Wakandan tribes to present the king with a potential queen. The arrangement maintained internal peace ensuring each tribe had the same opportunity to access the nation’s seat of power.

As Wakanda has evolved, so too has the role of the Dora Milaje; they have become far more important as the monarch’s bodyguards and Wakanda’s special forces rather than as a pool of future wives (though T’Challa does retain the right to take any of the Dora Milaje as his queen should he so desire). And while the Dora Milaje retain their fierce loyalty to the throne of Wakanda, they are no longer beholden to the ruling monarch for their authority. It is, in fact, their greater duty to protect Wakanda from all comers, including a king who has lost sight of the mandate to put the safety of his nation, and his people, first. Not only are they permitted, but they are obligated to fight against that monarch should he prove dangerous to the nation (as happened during T’Challa’s war with Namor).

Want to learn more about these fierce Wakandan women?

We have books for that. 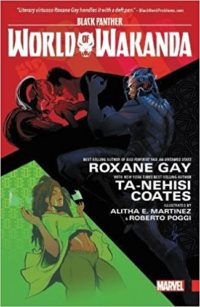 This comic is phenomenal and, as is tragically the case with so much of Marvel’s best stuff in recent years, it was cancelled way, way before its time (as was Harvey’s follow up, Black Panther & The Crew, which only got two issues before the plug was pulled). It focused almost exclusively on the Dora Milaje, giving readers their first real look inside the organization: how recruits are selected, how they’re trained, and what’s expected of them once they’re accepted. More than that, however, World of Wakanda focused on two particular Dora Milaje: Ayo (who is mentioned above) and Aneka, two fierce, proud, powerful warriors, sworn to put king and country above all else but who find themselves in love with one another. Conflict arises not because same-sex romances are forbidden by Wakandan society (they aren’t as far as we know) but because Ayo and Aneka’s devotion to each another endangers their devotion to king and county. Circumstances conspire to make their decision to stay or renounce their oaths even more difficult when T’Challa proves unworthy of that devotion and the Dora Milaje, in their roles as protectors of Wakanda, must make a terrible choice.

This book is absolutely gorgeous from the slipcover to the cover art to the table of contents but my favorite section by far is the one entitled “Warrior Women of Wakanda.” Not only does it present the stunning visual progression of the Dora Milaje’s page to screen development, it does so in depth, explaining individual, sometimes minute elements of the costumes and their origins in various African cultures, the careful melding of what was, what is, and what the future may allow. Inset text provides explanations from the various artists who worked on the film, and also quotes from the actresses who play these remarkable women (and are themselves, to a person, remarkable), giving personal voice to the souls within the costumes, wearing the jewelry, wielding the weapons…and generally kicking ass. 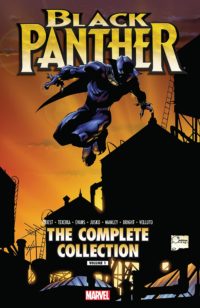 Christopher Priest and Mark Texeira created the Dora Milaje as beautiful companions to T’Challa but, more importantly as “brutal, effective” warriors, “some of the most dangerous women in the Marvel Universe,” (look out Nebula and Gamora). Though there’s definitely some trope-y-ness inherent in Nakia’s obsession with T’Challa and the manner in which his spurning her in favor of an American pushes her into villainy, Priest’s run on Black Panther definitely provided the foundation upon which Kasumba, Nyong’o, Gurira, Wright, and the others now stand in all of their splendid badassery.