It’s not quite time to watch for spring, but there are some new fiction releases this year that have me already thinking about planting flowers, garden party dresses, watering cans, and wild flora. In perusing upcoming titles, I noticed a trend in the cover art:  floral covers. Flowers growing wild, flowers gathered and arranged, flowers set against dark backgrounds, making the colors pop. The floral covers are striking, and they send us right into the next season of warmer weather and summer reading. Here are six upcoming fiction releases dressed up all in florals, if we can just muddle through the cold a little longer. 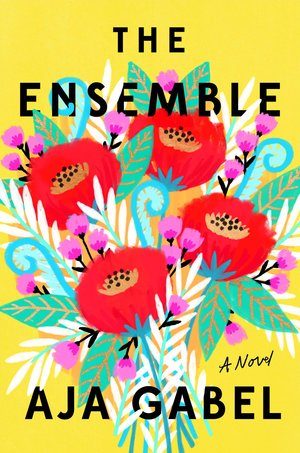 the ensemble BY AJA GABEL

Aja Gabel’s debut novel is the story of four musicians—Brit, Henry, Daniel, and Jana—who make up the Van Ness String Quartet. Taking up each character’s story, this book weaves together their youthful start (in life and in music) and follows them into adulthood, where they have their individual experiences but remain tied to each other by the music. The floral cover art on this book is bright and brilliant, which methinks are two words we would probably use to describe the talented musicians whose stories Gabel gives us. Out May 15 from Riverhead. 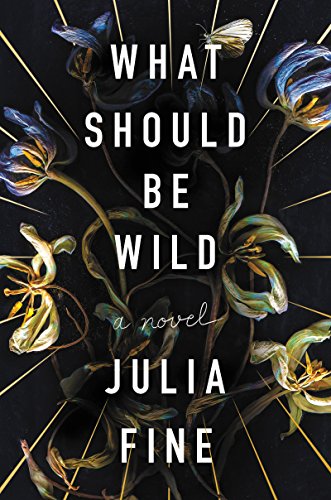 what should be wild by julia fine

Born with the power to either kill people or resurrect them with just a touch, Maisie has spent her childhood hidden away in her family’s home on the edge of a dangerous and mysterious forest. Men disappear into the forest only to emerge addled and strange; but Maisie’s female ancestors disappear into the woods, never to be seen again. When her father vanishes, Maisie must leave the shelter of her home to go find him, and what she finds is a world strange and new to her. But the wood calls her home, calls her to a reckoning with herself. The floral cover art on this one is one of those striking floral-against-a-dark-background covers; these flowers look choked and thirsty and tall and strong and I am here for this design. Out on May 8 from HarperPerennial. 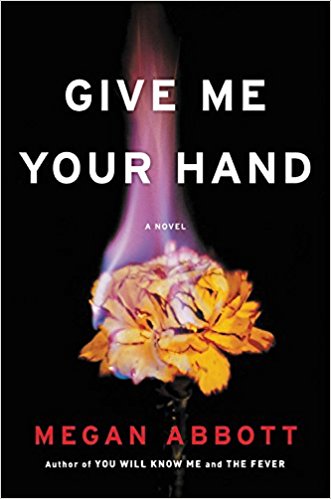 give me your hand by megan abbott

Kit Owens had realistic ambitions for herself until she met Diane Fleming, who lit a fire under her. An unlikely friendship blossomed between the two until Diane confessed a secret that changed everything. More than a decade has passed, and Kit thinks she has put Diane behind her, but when she finds out that both women are in contention for a position they both want, they find themselves in a dangerous cat-and-mouse game that threatens to bring them both down in flames. The flames, the flower, the dark background—it all feels very on-brand for Megan Abbott. You know her books are twisty, suspenseful, and her female characters are so complex. (Much like a flower? Sure.) Out July 17 from Hachette. 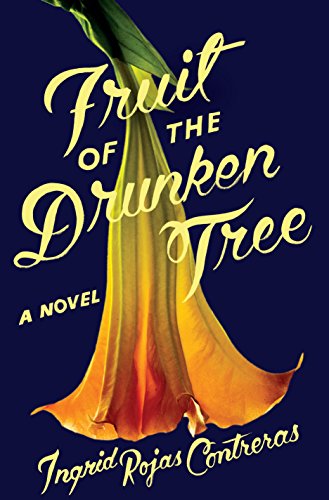 fruit of the drunken tree by ingrid rojas contreras

This debut novel is set against the backdrop of violent conflict in 1990s Colombia. Chula, seven years old, is protected from the violence just outside their gated community. When her mother hires Petrona, a maid from the city’s slums, the two girls strike up a friendship steeped in secrecy. This novel is told from the alternating perspectives of Chula and Petrona, and is a dual coming-of-age story. Sandra Cisneros praises it as a book that “honors the lives of girls who witness war.” The swish of the flower on the cover belies (or perhaps rebels against?) the turmoil of the story within. Out July 31 from Doubleday. 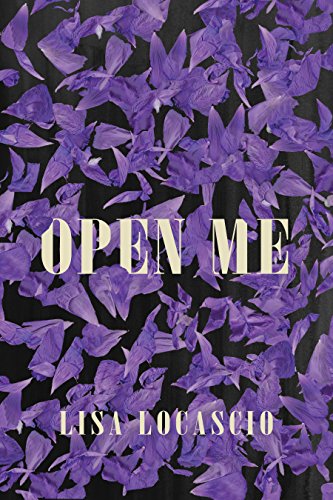 open me by lisa locascio

As floral covers go, I think this one might be my favorite. Roxana Olsen’s parents have just gone through an ugly divorce, she has graduated high school, and her dream is coming true:  she’s heading to Paris to study abroad. But a logistical mistake takes Roxana to Copenhagen instead, where she meets Søren, her twenty-eight year old guide. The attraction is instant with these two, so when he asks her to come north with him to a small town in Denmark, she agrees in a hot second. In an erotic awakening, Roxana discovers ritual, pleasure, fantasy. But as she and Søren become more entangled with one another, his temperament grows dark, and Roxana is drawn to a mysterious outsider, a refugee. This sexy coming-of-age is out August 14 from Grove Press. 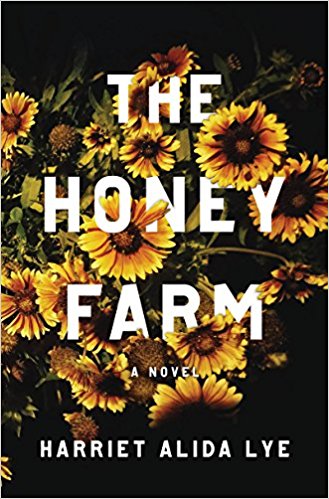 Cynthia’s farm is in a creepy state of disrepair. Drought eats away at the land, the bees are disrupted, but Cynthia has a plan:  open the farm as an artist colony. In exchange for the backbreaking work needed to whip the farm back into shape, artists can stay and work for free. Silvia, a young poet, and Ibrahim, a distracted painter, heed the call, first to Cynthia’s farm, and then to each other. But Silvia finds that Cynthia’s farm seems to suffer from something more sinister than drought. One by one, the residents leave, the seasons more forward into autumn, and Cynthia’s dark past is revealed, leaving Silvia paralyzed by doubt. Those flowers on the cover look happy, but something sinister lurks beneath the surface in this debut, out May 29 from Liveright.