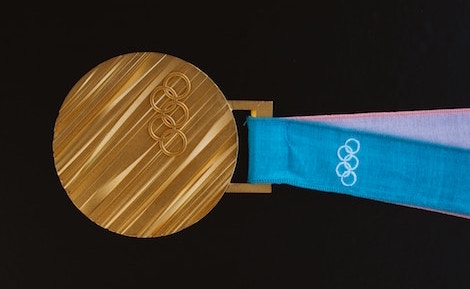 The Winter Olympics are coming up and it’s the one time, every four years, I’m suddenly very invested in downhill skiing, luge, figure skating, snowboarding, and all sorts of winter sports. To be fair, it’s also the one time of year I can convince people who don’t care about cross-country skiing to invest a little time in the sport with me. Whenever I watch the Olympics and get all worked up about a sport I know nothing about, my first thought is that I wish I’d taken the time to learn more. I finally have! Here is a list of the Winter Olympic sports, and books you can read about them. If you want to prepare for the Olympics or if you watch the Olympics and are interested in a new sport, these can be some of your go to reads! 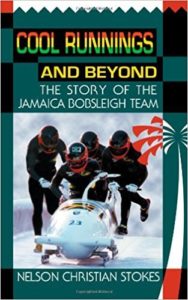 Cool Runnings and Beyond: The Story of the Jamaica Bobsleigh Team by Chris Stokes

Now president of the Jamaica Bobsleigh Federation, Chris Stokes provides two narratives from his experience as an Olympian and a member of the world bobsleighing community. One details the personalities, those grinding training regimens, and the raw hopes and fears, disasters and determination found behind the familiar media images. In the other, drawing from his experience within the fluid and dynamic demands of marketing Jamaica Bobsleigh, Chris also provides lessons for fundraising, building a vibrant and visionary business, and for those who would seek personal growth in context of teamwork.

But Now I See: My Journey From Blindness to The Olympic Gold by Steven Holcomb

With a foreword by Geoff Bodine, NASCAR champion and founder of the Bo-Dyn Bobsled Project, But Now I See is the intimate portrait of a man’s pursuit of a dream, laced with humility and the faith to find a way when all seems hopeless. It’s about knowing anything is possible and the gift of a second chance. 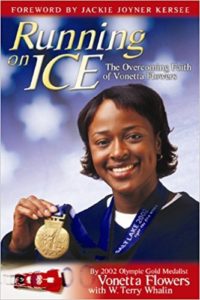 Though trained as a track and field athlete since the age of 9, Vonetta did not make the cut for the summer Olympic track team. Her coach and husband, Johnny, later saw an ad for bobsled competitors and convinced Vonetta to go for this previously unconsidered sport. She made it. Her lifetime of track training placed her in the anchor position on the 2-woman bobsled team, and the rest is literally history.

Headfirst: The Olympic Success Story of Skeleton by Robbie Vaughn and Mike Towle

This is the spirited tale of how a Texas oil and gas executive spearheaded the campaign to reinstate the extreme sport of skeleton into the 2002 Winter Olympics. A story of risks and determination, follow the journey skeleton made on its way back to the Olympics, and be inspired by the dedicated athletes who believed in teamwork.

Provides a clear and interesting insight into the international world of cross country ski-racing. Luke Bodensteiner, a two-time national champion, knows what it takes to prepare for international competition. The book takes you on the road into training sessions and to the wax room with the best cross country skiers in the U.S. 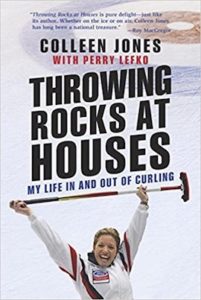 Throwing Rocks at Houses: My Life In and Out of Curling by Colleen Jones and Perry Lefko

Throwing Rocks at Houses is a candid, charming and thoughtful story about rising to the top only to learn how easily it can all be taken away. Whether career, family, or personal health, her amazing journey reveals, more than anything, all that matters most in life.

Powder: The Greatest Ski Runs on The Planet by Patrick Thorne

Whether you’re a serious skier or a novice who’s never put on skis in your life, this book will thrill and inspire. With stunning photography and all the information you could need to plan the perfect trip, Powder is the ultimate bucket list for any snow sports enthusiast, challenging beginners and experts alike to take on the most breathtaking runs the world has to offer. 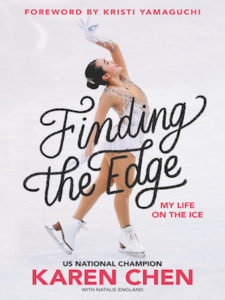 Finding the Edge: My Life On The Ice by Karen Chen and Kristi Yamaguchi

The daughter of Taiwanese immigrants, Karen began to figure skate at just five years old. Ten years and many grueling training sessions later, she broke out at the 2015 US Championships with a bronze medal. This was after sustaining a nearly career-ending ankle fracture a year earlier.

The Boys of Winter: The Untold Story of a Coach, a Dream, and the 1980 U.S. Olympic Hockey Team by Wayne Coffey

Told with warmth and an uncanny eye for detail, The Boys of Winter is an intimate, perceptive portrayal of one Friday night in Lake Placid and the enduring power of the extraordinary. 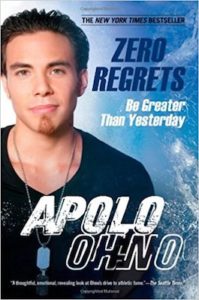 Zero Regrets: Be Greater Than Yesterday by Apolo Ohno

In this deeply personal and entertaining book, Apolo shows how we can all come closer to living with zero regrets. While Apolo’s own journey may be unique, the insights he has gleaned along the way have the power to help us all feel like champions every day.

Eddie the Eagle: My Story by Eddie Edwards

Through struggle, sacrifice, even near-starvation, this British plasterer made his dream a reality: competing in the 1988 Olympic Games in Calgary. Here, in his own words, is Eddie’s story—from the schoolboy stunts that developed his physical courage, to the menial labor that paid for training, to the qualifying jumps that had millions around the world glued to their television sets to watch him. Eddie the Eagle is the tale of an ordinary man’s extraordinary journey above and beyond expectations…a journey that rocketed this ultimate underdog to an Olympic legend. 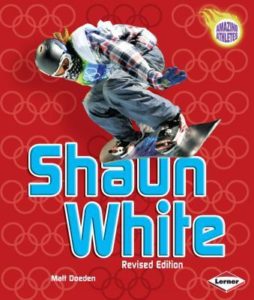 On snowboarder Shaun White’s first run on the halfpipe at the 2010 Winter Olympic Games in Vancouver, Canada, he set the high score and secured the gold medal. On his second run, which people called a “victory lap,” Shaun set an even higher score to destroy the competition. But Shaun is more than a two-time Olympic snowboarding champion. He’s also a world-class skateboarder. As the first person to compete in both the Summer and Winter X Games, Shaun is the biggest star in two sports. Learn more about his high-flying skills and unique personality.

Looking for some athletic romance? Check out 100 Must-Read Sports Romances! What books are you reading to get ready for the Winter Olympics?