I don’t know about you, but there’s nothing more frustrating than picking up a new manga, falling in love with it, and then discovering the next volume isn’t out for an entire year. I don’t blame the publishers or the creators. Stories take time and things happen that can cause delays. But sometimes I just want to binge. And there are two types of comics I love to binge on: action shonen manga and shojo romance manga.

Given the time of year, wouldn’t be nice to binge a completed romance manga series? Here are four titles that should fit the bill. 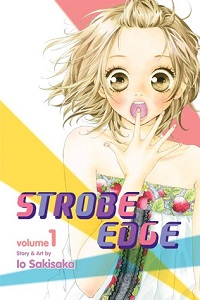 Shojo romance often goes hand in hand with lots of drama, emotional rollercoasters, and prevaricating on the part of the heroine. Strobe Edge is a breath of fresh air in that regard. It’s about a sweet high school girl named Ninako who falls in love with a popular classmate named Ren. There’s only one problem: Ren already has a girlfriend. Now before you start jumping to conclusions, this isn’t that kind of manga. Ninako doesn’t scheme to break them up and Ren doesn’t cheat on his girlfriend. In fact, he stays committed to her. And knowing this, Ninako decides to accept this and her love for him. This is a very sweet love story about a girl who loves a guy who’s with someone and who tries to work through her feelings while that very same guy learns that some relationships don’t last forever because feelings can change. If I can describe Strobe Edge in one word, it’s pure. 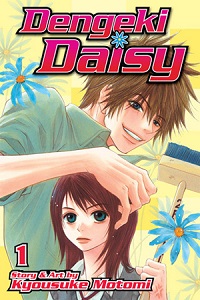 While I prefer my shoujo romances to be more straightforward explorations of relationships and daily life, sometimes a story like Dengeki Daisy comes along. This one’s about a girl named Teru whose beloved older brother is dead. But when he died, he left behind a cell phone that contained the address of a mysterious person named Daisy who he promised would watch over her. Teru would go on to exchange texts with Daisy, relying on him in the years after her brother’s death. But then one day, an incident at school results in Teru working for the school’s janitor, Tasuku Kurosaki. An unlikely friendship forms between them, but it turns out Tasuku has a secret of his own. Dengeki Daisy features hackers, secret identities, and feelings that cannot be acted upon for a wide variety of reasons. If I can describe Dengeki Daisy in one word, it’s complicated. 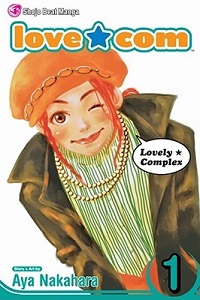 Risa is taller than your average Japanese teenaged girl. Atsushi is shorter than your average Japanese teenaged boy. Because of their height difference, their classmates compare them to a comedy duo. But when Risa spots a boy she’s interested in and Atsushi wants to date a girl he’s attracted to, the two of them team up to pursue their respective love interests. Unfortunately, that doesn’t go well because their respective love interests end up together. Oops. But at least one good thing came out of their failed scheming; Risa and Atsushi become good friends! What happens, though, when those feelings deepen into something more? If I can describe Love Com in one word, it’s fun. 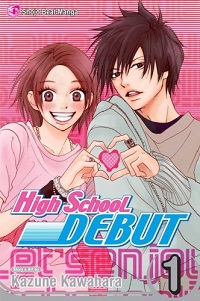 I have the biggest soft spot for this manga. Haruna is an athletic girl about to enter high school, but she wants to make a change. Instead of pursuing athletics, she wants to find a boyfriend and fall in love. The only problem is that she has no idea how to go about attracting a guy. But if there’s one thing Haruna is, it’s practical and persistent. She eventually convinces the hottest guy in school, Yoh, to coach her. Yoh agrees to help her on one condition: she must not fall in love with him. You know what that means. Haruna’s genuine nature and Yoh’s surprisingly awkward moments are what make them one of my favorite couples in the entire romance manga genre. If I can describe High School Debut in one word, it’s energetic.

And if you can’t get enough romance manga, here are more featuring vampires!