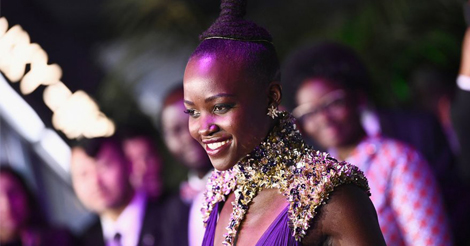 The internet has been losing its shirts basically since the announcement that there would be an adaptation of Marvel’s Black Panther. It’s only gotten more intense the closer we’ve gotten to the February 16th Black Panther premiere of the movie—It literally beat an advanced ticket sales record! If the movie is even a quarter of the awesome shown from the purple carpet premiere and first reactions after the first screening at Dolby Theatre, audiences are gonna be walking out as the ghosts of their previous selves in February. Everyone is gonna be ded! I mean look at these images and reactions:

Me waking up to the Black Panther red carpet looks and a flood of glowing review tweets: pic.twitter.com/R4S6mnRIp7

Black Panther was incredible, and powerful and everything we need right now. The words “cultural phenomenon” have never felt more appropriate. Everyone pleaseeeee do yourself a favor and go see it.

Just got back from the Black Panther premiere and after party. You will see this movie five or six times. It is everything and then some.

And the representation of Black women in #BlackPanther made me feel seen. Seen in a way other superhero movies have not done well. pic.twitter.com/xrzVP5SLu6

Not since the Obamas' farewell party at the White House has there been an event so completely lit with so many Black folk in one place. #BlackPanther #BlackPantherPremiere #BlackPantherSoLIT pic.twitter.com/VGOWsAmP65

We had no doubt @michaelb4jordan would look great. This navy blue suit is 👌 #BlackPanther #BlackPantherPremiere (📸: @GettyImages) pic.twitter.com/G62zmxquLe

The incredible @IssaRae looks like a goddess on the #BlackPantherPremiere purple carpet #BlackPanther (📸: @GettyImages) pic.twitter.com/isW1cbyPFM

The FOMO i feel for the #BlackPantherPremiere is beyond words. I need no one to talk to me today. Thanks.

Too bad @MarkRuffalo isn't at the #BlackPantherPremiere so he could live stream the first 10 minutes of the movie for us. 😂

Young Killmonger Seth Karr, what a cutie!!!!!!!! Also that suit is a LOOK!!! 💛💙❣️ #BlackPantherPremiere pic.twitter.com/lkQgK6Bhfa

Chadwick Boseman just stepped out of a black Lexus onto the purple carpet w/ a Dora Milaje escort. & this is a sentence I actually got to say. #BlackPantherPremiere pic.twitter.com/wSr8kSMS0w

Final thought on #BlackPantherSoLit, tonight. Shit is going to change the lives of so many little girls. We.are truly blessed to have
.@letitiawright in this role
Cast her in more things immediately.

Seeing a premiere full of gorgeous queens and kings of colour wearing traditional African attire get praised and applauded in Hollywood means so much to me I’m in actual tears this morning???? #BlackPantherSoLit 🔥🔥🔥

The "red" carpet is purple.

ANGELA BASSETT IS NOT REAL WE’RE NOT WORTHY #BlackPantherPremiere pic.twitter.com/bRxrl3V6Us

Nothing but respect for my King and Queen #BlackPantherPremiere ❤️ pic.twitter.com/ap3f2H7IN1

Black Panther. So very good. I cheered and laughed and pumped my fist. I’ve never seen a super hero movie like it. Everybody involved with it deserves a medal and a high five.

This man is 31 YEARS OLD. We have decades of films from him to look forward to. Good times ahead. https://t.co/dGn00eJ8my

we should keep celebrating.

anyone spoils black panther for me I'll appear in the shadows of your bedroom and ruin any chance you have of ever sleeping peacefully again. and I'll do it, I'm edo.

Wanna catch all of our coverage of this movie? We got you.