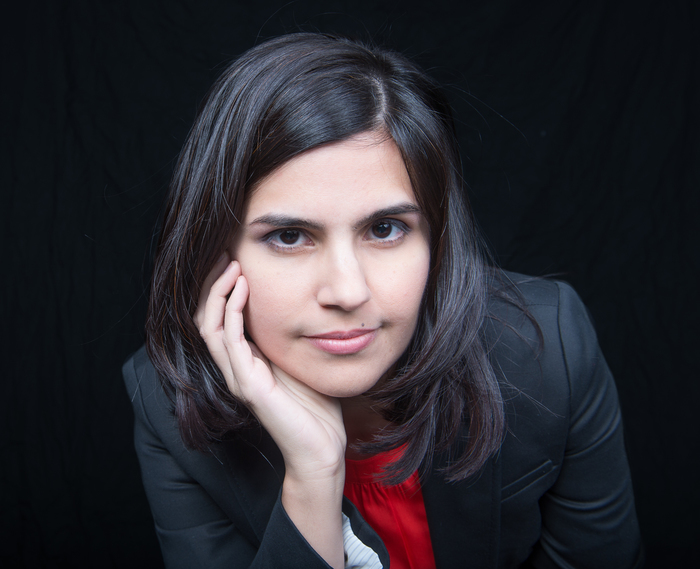 Tanaz Bhathena was born in Mumbai and was raised in Saudi Arabia and eventually Toronto, Canada. She has been an award-winning short story author for almost ten years. Her debut YA novel A Girl Like That is a disturbing plunge into gender equality, mental health, abuse, bullying, rape and religion. 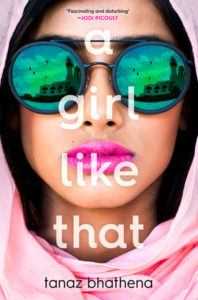 A Girl Like That focuses on Zarin, a 16 year old girl with a bad reputation. She’s the girl parents tell their sons to stay away from. Her reputation is the source of endless gossip in school. Underneath it all, Zarin is much more than what the gossip says. In this scorching novel her life and the lives of those around her will be unfurled for everyone to see. It’s a punch to the gut that will no doubt will have people talking.

I was fortunate to have a chance to sit down with Tanaz to ask her about A Girl Like That and other things.

Lucas Maxwell: Can you describe how it felt to move to Canada from Saudi Arabia as a teenager? How did it change your perception of the world? Did you experience racism after you arrived?

There was a great deal of culture shock initially and it took a few years to adjust to everything around me. For example, in Saudi Arabia, I went to an all-girls school and had next to no interaction with boys.

I had to wear an abaya in public and didn’t care much about fashion. While all of these things changed eventually, I think the best part about moving to Canada was growing more confident in myself and my own abilities as a girl and a woman. I also learned to drive, which I wouldn’t have been able to do at the time in the Kingdom.

On the downside, I did experience racism shortly after I arrived. People would snicker or make rude comments if I wore Indian clothing. Once a girl tried to run me over with a bike on the sidewalk! Legally, Canada is a free country, but there was a strange sort of irony where you had to wear a uniform of sorts (in this case, Western clothing) to blend in here without being heckled, just like Saudi Arabia.

LM: Why do you feel it is important for teens to see themselves in the books that they read?

TB: Growing up, I never found myself in the books that I read. If I wanted to read about a Parsi character or a book set in Saudi Arabia, I’d usually end up reading something written for adults. Though I found some excellent books in the process, such as A Fine Balance and Girls of Riyadh, these novels essentially focused on adult problems. I always, in some way, felt isolated from the rest of my peers who did see themselves in the books they read.

Teens deserve to have stories that are entirely their own—from a perspective they can completely relate to—especially marginalized teens.

LM: Was it difficult to write from a teenage perspective? How did you ensure the voice was authentic?

TB: When I first started writing professionally, I had a creative writing mentor who would always mark up my manuscript with one word—“Why?”—the main question being: Why is your character doing this?

Questioning your characters and their actions, to me, forms the cornerstone in writing them authentically, whether they’re teen or adult. I think things only become difficult or inauthentic when, as a writer, you tell yourself “this is how someone from this age group would typically behave,” and leave it at that without examining how they’re influenced by their upbringing, life experiences, their political and cultural environment along with their interests and personality. It leads to stereotyping and caricatures, when what you really want to do is connect to the individual within the character.

All that said, I definitely enjoy writing teens a lot more than I do adult characters.

LM: Can you describe Zoroastrianism to someone who knows nothing about it? How influential was it in writing this novel and in your life growing up?

TB: Zoroastrianism is a monotheistic religion that originated in ancient Iran and was propagated by the prophet Zoroaster (Zarathustra). It essentially revolves around the conflict between good and evil—represented by Ahura Mazda (God) and Ahriman (the Devil)—and predates Judaism, Christianity and Islam. Thousands of years ago, a group of Zoroastrians migrated from Iran to settle in India. They are known as Parsis and that’s where my heritage comes from.

Zoroastrianism isn’t a well-known religion—people often thought I was making things up when I told them about it or that Freddy Mercury was Parsi! Growing up, I’d often cringe at the stereotypical depictions of Parsi characters in Hindi movies. It’s not until I read books by Bapsi Sidhwa, Rohinton Mistry and Thrity Umrigar—Zoroastrian authors who authentically portray Parsi life in their books—that I finally was inspired to start writing my own stories, one of which eventually became A Girl Like That.

LM: A Girl Like That sheds some disturbing light on how women and teen girls in particular are viewed and treated in Saudi Arabia. Do you feel the western world is largely unaware of this treatment and was it part of your inspiration to write this novel?

TB: My main inspiration behind writing this novel was to depict a part of Saudi Arabia that few, if any, books have been written about—the world outside royal palaces and gated compounds—with a focus on the expatriate middle class, not all of whom are Saudi and/or Muslim.

These days the western world is more aware of what goes on in Saudi Arabia when it comes to women’s rights—and I think we need to thank Human Rights Watch, Amnesty International, and various Saudi bloggers and activists who have been disseminating accurate information online about the Kingdom.

However, there are instances when western media tends to propagate stereotypes, and this was my biggest concern while writing this book—I didn’t want to pander to this perspective. At the same time, I didn’t want censor myself the way I might have, had I still been living in Saudi Arabia. I simply wanted to tell a story and tell it honestly.

LM: Can you describe how you landed on the decision to have your main character die on the first page?

TB: I had this vague idea that I wanted to write a dark comedy where the main character was dead and looking down at the scene of their accident. The comedy idea was a flop, but Zarin Wadia’s voice came forth—strong, sarcastic and funny—and I just let things evolve organically from there.

LM: In A Girl Like That, Zarin experiences both online and physical bullying. What do you think the effect that bullying (online especially) has on the mental health of teens today?

TB: Online bullying has immense impact on mental health—especially since teens these days spend more and more time on their computers or phones, for studies and for entertainment. It’s easy to grow desensitized, to forget that there is another human being at the other end of your screen, reading your words, until something terrible happens.

While it’s important to create safe spaces for teens to interact with each other online and take measures to protect them from bullies, it’s equally important to encourage them to spend time offline and engage in other activities. Bullies only thrive on attention from the bullied—the less they get it, online or off, the less energy they possess.

LM: Zarin is a strong character who finds herself in full conflict with Saudi Arabia’s societal rules and expectations surrounding women. Do you think this is the norm in today’s society? Are teenagers in Saudi Arabia starting to push back against these laws?

Saudi Arabia is currently in an interesting position because after a long period of stagnancy, many changes are being implemented in a short time by the new regime.

They hosted their first ever public concert for men in early 2017 and most recently their first ever public concert for women. Jeddah hosted its first ever Comic Con—an event open to both sexes—which was surprising even to the people who live there. In June 2018, after years of activism, women will finally be allowed to drive. These may seem like small changes to a westerner, but if you’ve lived in the Kingdom for a long period of time, you know this is big.

A Girl Like That is set in 2014, so there are still many issues discussed in the novel that are still relevant today when it comes to women’s rights and societal perception of women in Saudi Arabia. I’m sure there will be pushback—change isn’t accepted easily anywhere—but I do think that young people in the Kingdom are ready for it. They’re more connected to the world through social media, are more vocal about their opinions, and they’re very aware of how they’re perceived.

The key will be to find a balance between preserving the best parts of Saudi culture and heritage and continuing to keep pace with a rapidly changing world.