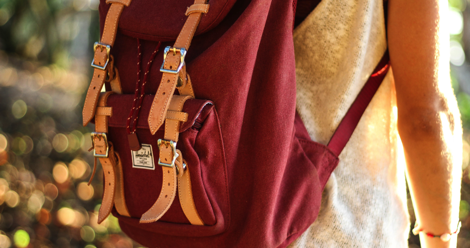 Where’s the line between YA and not YA? When is a book no longer considered appropriate or relevant for teen interest and labeled “adult”? Leaving aside the messy truth that people of all ages read YA books, what makes a professional—whether it’s a writer, an agent, an editor, a buyer, a critic, or a librarian—say, “Okay, this is a YA book. We are going to try and get teens to read this.”

I wonder because I like YA books set in college, and I think there’s a difference between those and New Adult (which is a different conversation for a different day). Since YA is a marketing term (not a genre), I believe what makes a YA book YA is that it’s largely marketed towards teens, and deals directly with issues that are relevant to teens. That’s a wide open field for creative expression, and since I’ve started working in teen services, I can’t think of anything more relevant to teens than college. So why is it that when we encounter books about teens in college—because college freshmen are usually teens!—people tend to hit the brakes and say, “No, that’s New Adult,” or “That’s not YA”?

As a teen, I was intensely curious about what to expect in college, and woefully unprepared for my freshman year. My experiences left me with a baffling sense of “Is this all there is?” I looked and looked for YA books that depicted that transition from high school to college and didn’t find a single book. I read a lot of other great books, sure. But I was a YA reader, and I wanted YA books.

In 2018, we’re lucky to have a few more options, but not many. Plenty of YA novels worry about college, talk about college, prepare for college. Very few actually take us there. These ten YA books set in college do. 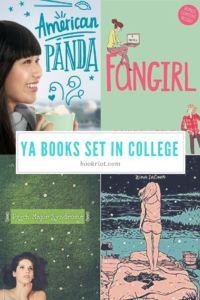 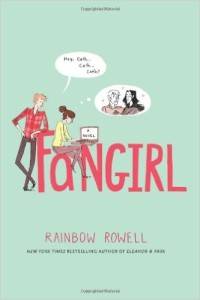 You have to be living sans Internet to have not heard about Fangirl, but if you haven’t picked it up yet, do it today. The book opens on dorm move-in day, and Cath is terrified to be on her own, without her twin sister for the first time. She retreats deep into her fan fiction writing to avoid reality, but reality comes knocking eventually and it’s both heartbreaking and hilarious. This book came out after I’d graduated from college, but I felt each character and their experiences deeply. 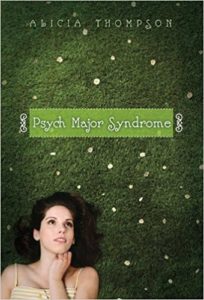 I know I read this book years ago, but I’m embarrassed to admit I’ve forgotten many of the details. I do know that it was the first YA book I encountered set in college, and that alone made me pick it up. Leigh Nolan has just started college, and is a psych major, but she can’t stop over-analyzing herself and her relationship with her boyfriend…and his roommate. Throw in a teen mentee who doesn’t respect her and Leigh’s got more than enough to keep her mental wheels turning. 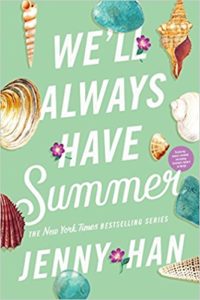 The third book in Han’s summer trilogy finds Belly and the Fisher brothers in college. Belly is happily dating Jeremiah, but when they decide to take the next step in their relationship, Conrad and her feelings for him come rushing back. While the book begins at the end of her freshman year, I love that Han takes us past high school and into the murky waters of the college years, where you don’t quite feel like an adult but your decisions have adult consequences. 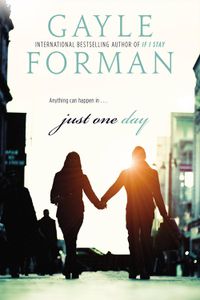 Allyson is on a guided tour of Europe the last summer before college when she meets Willem and ditches the group to spend one perfect day with him. When she wakes up in the morning, he’s gone with no explanation. Allyson fights against hurt, betrayal, and the growing dread that something must’ve happened to him, as she heads home and begins college. Her decision to find Willem forces her to confront the ideas she has about the future and what she actually wants. 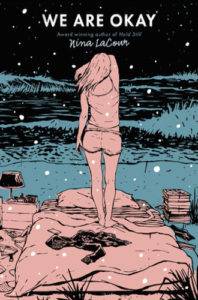 Definitely one of my favorite reads of 2017, We Are Okay begins with Marin, staying in her dorm room over winter break, missing her best friend Mabel, and still devastated by tragedy earlier that summer. The book is full of flashbacks to the year before, but most of the story is about Marin learning how to adapt to her new college life, and preparing for Mabel to visit her over the holiday. It’s a short but emotionally resonant book about change and upheaval, and LaCour’s characters are unforgettable. 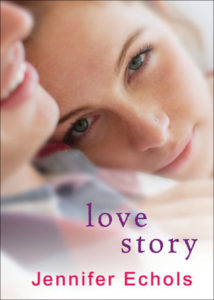 Love Story is a sexy romance about Erin, an aspiring writer going to college in New York City. The subject of her stories for class is a boy back home named Hunter, who she should hate for getting her promised inheritance. When he joins her class and recognizes himself in her stories, sparks fly. Many people might classify this book as New Adult, but at the time of its release, it was heavily marketed towards YA readers and the YA community, and many stores and libraries shelve it with YA. 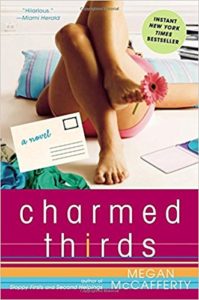 The third Jessica Darling book follows Jessica into her college years at Columbia University, where she encounters many, many guy problems, grapples with fitting in at her internship, and faces being cut off financially from her parents. It was published in 2006, and like Han’s book, I’m sure part of the reason it is even considered YA is because it is part of an established, successful YA series.

Look for this book hitting shelves February 6th! Seventeen-year-old Mei skipped the fourth grade, making her a bit young for a college freshman at MIT. She’s on track to follow her parents’ ambitions for her, but she’s afraid to admit that she doesn’t share them. When she reconnects with her estranged brother, she begins to take another look at the expectations her parents have for her. 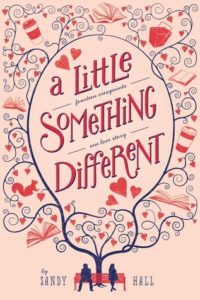 A Little Something Different by Sandy Hall

The first book published by Swoon, Macmillan’s crowdsourced teen romance imprint, is about two college students who seem meant to be. It’s told from the viewpoints of everyone around them, who conspire to nudge the two together and break down their barriers. I think the fact that this story was chosen by readers for publication should say, louder than anything, that YA readers want books set in college! 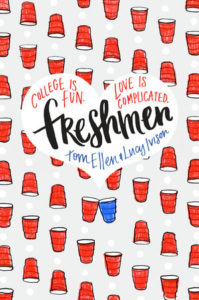 Written by a British duo, Freshmen is the U.S. edition of Freshers, which came out in 2017 in the UK. It follows Phoebe and Luke, friends from school who are now at college together. Just when they finally start hooking up, drama throws them for the loop in the form of scandalous photos. I’ll be curious to see if the text of the U.S. edition is as Americanized as the summary (I hope not). Look for this one in the U.S. in June 2018.

That’s all, folks. If you know of any other YA books set in college, please comment with titles. Find even more of our YA book recommendations here.

I am eager to see more of these books, particularly more written by authors of color, and I hope that the YA publishing industry will be more intentional about bringing these stories to readers!