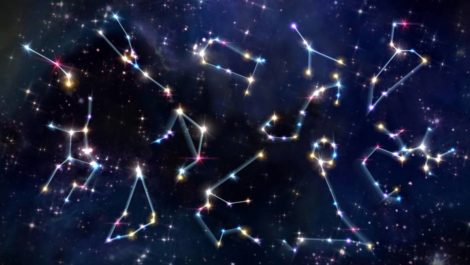 Later, I will conclude that it all happened because we were stuck in traffic.

“I had to ask Lu about it,” Cate says, tapping the wheel. We’re on our way back from Niagara-on-the-Lake.

Lu is Luciana, Cate’s friend/mentor/coach. Theirs is a relationship filled with forward slashes, all positive: Cate admires Luciana, and with good reason. Luciana is accomplished, smart, and exceedingly charismatic.

“What did she say?” I ask, taking out my sunglasses from my bag. It feels like we’re in Orlando in July instead of Toronto in October. Apparently, hotumn is really a thing.

“She explained that I struggle because I’m a Virgo,” Cate says. “It didn’t make sense to me at first since Virgos are supposed to be skilled communicators, but it turns out that, in reality, Virgos are actually either good at communicating, or they need to work on their communication skills.”

Cate looks at me like I’ve just suggested that we strip down to our underwear and sun bathe on top our rental car. “What are you talking about?”

“Someone who is good at communicating or needs to work on it,” I say, repeating her words. “That’s everyone in the world.”

“No,” she says, enunciating each word carefully. “That’s only true for Virgos.”

I briefly consider letting it go. Astrology makes no sense, but Cate believes in it—why start an argument? She is using her hard-earned vacation days to visit me in Toronto. She took a ten-hour flight to get here. She is one of my dearest, closest friends: loyal, kind, intelligent, funny. We’re supposed to be having fun, not debating.

Yes, I decide. I’ll do the gracious thing and let it go.

“You’re a Gemini,” Cate says. “You wouldn’t get it.” Her tone is polite, but it betrays a hint of condescension. (Gracious condescension, of course. This is Cate we’re talking about: she’d fit in inside Buckingham Palace, and not just because she is tall and thin and beautiful.)

Then again, debating can be fun.

“This is why logical people can’t take astrology seriously,” I say. “The minute someone’s personality doesn’t match their sign, the rules change. Like how can you be a Virgo and not be good at communicating?” I pause, and adopt a mock tone. (In my opinion, mocking is the perfect antidote to condescension.) “‘Don’t worry! It also means you need to work at communicating!’ Interpretations are too vague, too all encompassing.”

“Or the ones with logical minds,” I say. There’s a reason why the most brilliant people in the world don’t rely on astrology, I tell her. “Or do you think that scientists are walking around checking their horoscopes?”

“I’m not talking about horoscopes,” Cate says, rolling her eyes. Like it’s a distinction with a difference. Like it’s not all bobblehead fodder fed by quacks. “I’m talking about birth charts.”

“Scientists don’t believe in those either,” I say.

“That’s because they’re too rigid in their thinking, too closed-minded.” Cate says.

Cate insists that astrology is a science.

I tell her that it most certainly is not. Astrology is a belief system like, for instance, Catholicism.

Cate rebuts: astrology is not a religion.

I clarify my analogy: astrology, like religion, is a social construct, it’s something that was invented by humans, not discovered. Gravity, I tell her, was discovered. It was there before the (fictional) apple fell on Isaac Newton’s head.

“Someone made it up,” I tell her. (All right, yell might be a more accurate verb choice. Alas, I would not fit in inside Buckingham Palace.)

“No one made it up, the planets have always been there.”

“But the planets affect everything around us: tides, animal migration.” Cate says. “They obviously impact our lives as well, our personalities!”

“That’s not obvious at all,” I tell her.

It is no use; we continue arguing. And because we’re stuck on the Allen, the argument feels interminable. At one point, I become convinced that even the TTC’s snarky sign (the one telling us that if we can read it, it’s because we didn’t take the subway) is tired of our fervent exchange.

Cate is very intelligent. I am not saying this because I love her (though I do), or because she might read this (Oi, amiga!). I am saying it because it’s true. But even intelligent people have blind spots.

I try explaining this to Cate when we talk again, this time under less heated circumstances (we are no longer stuck in traffic and the weather is now milder). But my message clearly doesn’t sink it. To be clear: I’m not trying to convert Cate. She should continue believing in astrology if it makes her happy. But it is a belief. It is social construct.

And then, Cate asks a question, “You’re always saying you’re a reader first and foremost. Have you ever actually read anything about astrology?”

She smiles graciously and says, “Let me know if you’d like some recommendations.”

Her lips curl into a Cheshire cat smile. “Who said anything about a challenge?”

But, of course, she knows me. Knows I can’t resist a little friendly, book-related competition.

Cate recommends two books: The Astrology Bible: The Definitive Guide to the Zodiac by Judy Hall, and Astrology for Dummies by Rae Orion (I try not to take offense at the latter suggestion).

In the words of Smash Mouth: I’m a believer!

(A pause to give Cate, who may or may not be reading this, a moment of satisfaction.)

Just kidding. Astrology continues to elude me because it makes no sense!

The books are great and all, but there is no empirical proof to back their subject matter. And I am, at the end of the day, an evidenced-based person. A logical person. Maybe if they allow a thirteenth sign into the zodiac (Unicorn! Please be unicorn!) I’ll change my mind and pick that as my sign (and, yes, I know that one cannot pick one’s sign, but surely there’d be an exception for unicorns?).

I share my impressions with Cate. She asks thoughtful, interesting questions. She laughs at my bad jokes. She congratulates me on giving it a try. If she is disappointed, she hides it well. (I become increasingly convinced that Meghan Markle should watch out—Cate might be coming for her future role!) Our friendship resumes its normal, non-astrological pace.

I don’t give the matter another thought until I sit down to write this piece.

“I’m calling it the Astrology Challenge,” I tell her. “But don’t worry, I’m not bashing astrology. I get that it’s…comforting to you. I’m just saying that it doesn’t work, you know, logically.”

“I love it,” Cate says. She is, of course, supportive.

Two days later, I get a text from Cate with a list of eight books. None of them have zodiac or stars on the titles (or, sadly, unicorns).

Was this meant for me? I reply.

Her response comes in almost immediately:

The Secret of the Shadow: The Power of Owning Your Story by Debbie Ford.

Happier: Learn the Secrets to Daily Joy and Lasting Fulfillment by Tal Ben-Shahar

I am now scowling. These seem to be…self-help books.

(FYI: I do not doubt the efficacy of self-help books. They’re just not my cup of tea glass of wine. They’re too out there, too peppy, too rah-rah. Fiction is my thing because fiction provides escape and, in that escape, I find connection, compassion. Paradoxical, I know—but it works for me.)

You know I don’t read self-help, I write to her. Because she does know this.

It’s never too late to start, she writes back. I especially think you might like the last one.

Intuition: Knowing Beyond Logic by Osho

I am about to text her again when another message pops up on my screen, this one with a winky emoji:

Not that there’s anything wrong with limiting your learning to logic, Cate writes. I get that it’s comforting to you.