We have sad news for audiobook aficionados: prolific audiobook narrator Katherine Kellgren passed away last week after several years battling cancer. Our condolences to her family and friends. 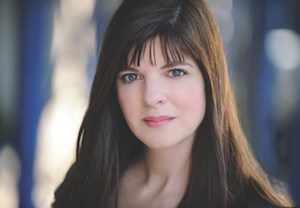 Avid listeners may not recognize her name, but she is the voice of nearly three hundred audiobooks and winner of several awards for her narration. American by birth but trained at the London Academy of Music and Dramatic Art, her excellent accent mimicry convinced many listeners that she was British.

Kellgren received many accolades for her narration work. She won four different Audie Awards for her narration, including Best Female Narrator in 2016 for Wild Rover No More: Being the Last Recorded Account of the Life & Times of Jacky Faber by L.A. Meyer. She was a Booklist Voice of Choice and named an Audiofile Golden Voice.

Kellgren’s family have asked that anyone wishing to commemorate her life donate to The Hispanic Federation to help the people of Puerto Rico.

I’m planning to also pick up The Queen of the Tearling by Erika Johansen, narrated by Katherine Kellgren. Join me in remembering Kellgren through her work.

The Case of the Missing Marquess: An Enola Holmes Mystery by Nancy Springer

The Incorrigible Children of Ashton Place by Maryrose Wood

My Lady Jane by Cynthia Hand

The Kane Chronicles by Rick Riorden

Heirs and Graces: The Royal Spyness Series by Rhys Bowen

The Boy in the Suitcase: A Nina Borg Mystery by Lene Kaaberbøl and Agnete Friis

Shopaholic and Baby by Sophie Kinsella

Pride and Prejudice and Zombies by Steve Hockensmith

After Alice by Gregory Maguire