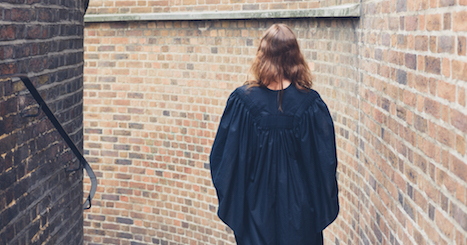 I read a lot of historical children’s books about British boarding schools. There’s a sentence you might not read every day, but I do. I love them. These fictional schools represented a place where children could be at the centre of their own stories. Whether written in the Victorian era and concerned about petticoats, or a more contemporary setting where it’s all about that Patronus (no treble), these books are the bedrock of British children’s literature.

Here’s a few of the authors and titles you might want to look out for. 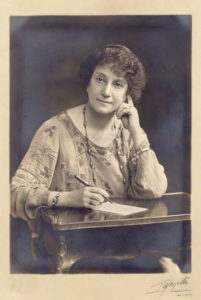 Angela Brazil is the mother of the modern boarding school story because she did things differently.

Before her, boarding school stories were basically morals, a little bit of death, a lot of religion, a fair bit of didacticism and populated by tiny adults who masqueraded as children. Angela Brazil changed all that in the early 1900s by writing for actual children. They squabbled, had friendships, were stupid, brave, and funny, and also spoke to one another like children.

One of my favourite things about Angela Brazil’s books is how she uses speech tags. Today, you might see a page of “he said, she said,” but Angela Brazil did things quite differently. She never used the same speech tag twice and so you’ll see girls “expostulating,” “retorting,” and “teasing,” and your vocabulary will double by the time you finish reading.

Though a lot of Brazil’s books are now available secondhand, I think the best place to start, and see if you like them, is Project Gutenberg.

As with many of the other writers on this list, Brent-Dyer was ferociously prolific and became best known for her Chalet School series. The first of which (The School at the Chalet, 1925) sees an unmarried woman, responsible for her younger sister’s wellbeing, open up a boarding school in the Austrian Tyrol. Just consider that sentence for a moment and the raw, brilliant, empowerment of it.

Approximately sixty titles later (I say approximately, because subsequent reprints got a bit hysterical with the “abridge” button), several relocations, a thousand marriages and near-death incidents, the series culminated in the tired Prefects of the Chalet School. There’s a theory that this wasn’t even written by Brent-Dyer herself, but finished off by an author friend. I’m not sure I agree but one thing is clear to me: the series was past its best by this point.

So. Head towards the early titles, such as The Chalet School In Exile, aka, the most important book you’ve never heard of and The Princess of the Chalet School, and fall in love with these adventurous, brave and empowering titles. Girls at this school can be whatever they want to be. 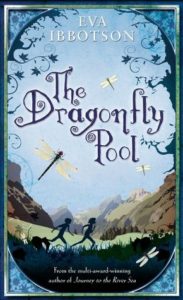 One of the more famous (and perhaps notorious?) boarding schools within England was the school at Dartington Hall. Progressive, eccentric and deeply unique, Eva Ibbotson attended the school and memorialised it in her wonderful The Dragonfly Pool. Ibbotson was a glorious writer in a thousand other ways (Journey to the River Sea, for example, is transcendent) but The Dragonfly Pool has my heart. It might be because I went to university on the same estate as the school itself, but I think it’s because it’s told so well. Ibbotson was somebody who could give pure, wonderful story, and we were lucky to have her.

(A brief sidebar: another remarkable book inspired by the school at Dartington Hall was Daniel and Esther by Patrick Raymond. Wistful, aching, strange, and kind of outstanding, it’s worth a look).

I had a kid come up to me a while back asking me about what she could read next. We chatted about what she liked, and when she said “Agatha Christie” and “Enid Blyton,” I knew I had the perfect author for her. That author is Robin Stevens, who writes the Wells and Wong mystery series.

The first of her books was published in America as Murder is Bad Manners (the UK title is Murder is Most Unladylike) and honestly, these books are great. The Brazil of today, Stevens has this great gift of reinventing the genre to make it relevant once more. Education is something we all know or experience, and so these books have an almost universal reach. But then Stevens throws in crimes and murders and subplots so delicious you could almost eat them.

And a few Honorary mentions for…

Any article about the school story has to acknowledge the fact that J.K. Rowling brought it back to life in the 1990s. Harry Potter and the Philosopher’s Stone is an ode to the genre and rescued it from relative obsolescence.

Michelle Magorian is perhaps better known for Goodnight Mr Tom, but I’m more interested in Back Home—another story inspired by Dartington Hall, but this time dealing with the return home of an evacuee to a country she’s almost forgotten.

Recently republished, the Trebizon series by Anne Digby is a fun series set in a boarding school in Cornwall. Think of a much more modern version of Enid Blyton’s more famous Malory Towers books.