My husband and I were sitting in the British Library cafe, staring at the edifice of bookshelves with beautifully bound books that went up several stories. We had just come from the most marvelous exhibition on Harry Potter that included Harry Potter paraphernalia and historic texts through the ages covering alchemy, botany, astrology, and more. My husband breathed over a cup of tea, “Is there any place in the world like this?”

It took me a moment to think and I replied, “Yes, yes there is.”

So today I’m going to write a tribute to my two favorite libraries: the British Library in London, England, and the Newberry Library in Chicago. While there are many other institutions to speak of, I’m going to focus on these two since I’m most familiar with them.

In the past few years, the British Library has become of my favorite places in London. Originally, it was part of the famed British Museum before it was split off in 1998 into its own building and institution. The British Library, British Museum, Natural History Museum, and other institutions were founded in large part by the enormous collection of Sr. Hans Sloane, famed physician (1660–1753).

In recent years the British Library has hosted the most amazing exhibitions that cater to my own interests. In 2014/2015, they put on an exhibition “Terror and Wonder: The Gothic Imagination” that explored the history of gothic books, whereas last year they hosted the amazing “Maps and the 20th Century: Drawing the Line.” I was hormusified at one map that dated to the beginning of WWI where children were asked to draw the new country lines for Europe; obviously, this was back when they thought the war would be done by Christmas.

And then there is the amazing Harry Potter exhibition (which is coming to The New York Historical Society from October 5th, 2018, to January 27, 2019). It had beautiful drawings by J.K. Rowling and some of the illustrators. My favorite item was a single letter from the little girl who changed everything. Numerous publishing houses had rejected J.K. Rowling’s text. When Nigel Newton at Bloomsbury received the text, he gave it to his 8 year old daughter Alice, who read it and loved it. She wrote a short note saying it was the most exciting thing and great for 8/9-year-olds. Everything hinged on this little girl. Thank you, Alice!

In addition to all the Harry Potter–related material, they displayed historic texts including a potions manual that had been owned by Henry VIII and Sir Hans Sloane! The exhibition is set up by subject, starting with potions and ending with the Care of Magical Creatures. They even have texts about Nicholas Flamel—and his tombstone that had been used as a cutting board! There were bestiaries, manuals about identifying vampires, crystal balls, and so much more.

There are also free mini-exhibitions in the lobby that cover the gambit of topics. Several years ago, there was a wondrous exhibition on Alice in Wonderland; another exhibition covered animals in books. It’s always a delight!

Flanking the lobby is the King’s Library Tower, filled with King George III’s books (yes, that King George). It’s a beautiful sight to behold everytime we go. You can see rows and rows and floors and floors of bound books covering the Enlightenment. 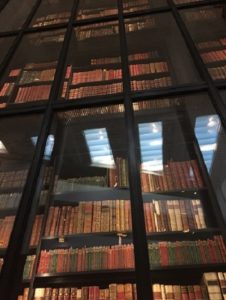 But that’s not all for the British Library. It has a permanent collection that is free that really knocks your socks off. Every time I wander into the room, I feel my breath taken away for a moment. Who knows what one will find? The permanent collection displays key treasures  in history, geography, music, literature, religion, and much more.

This past visit, I saw notes from P.G. Wodehouse and Ian Fleming. There’s even the letter from Queen Elizabeth I to her nephew who would become James I. In the past, I saw Anne Boleyn’s handwriting! In terms of politically changing documents, there is the Magna Carta along with the Papal Bull trying to annul it, a Gutenberg Bible, and an exhibition on Martin Luther. I particularly love wandering the section on the Art of the Book because it has such exquisite illuminated manuscripts from all over the world including India, China, France, and Ethiopia.

And to further increase the availability of their collection, they also have digitized various books that are well worth checking out.  Their collection, once limited to their readers list who could make it to London and gain permission, is now open to anyone with an internet connection.

Next time we return to England, we are hoping to get our own library cards to explore the collection further. I’m hoping that I can actually see Sir Hans Sloane’s Natural History of Jamaica. Per the instructions, all one needs is two forms of identification to become a reader and gain access to their physical collection; we are going to bring our passports and driver’s license to apply for a card. I’ll let you know how it goes.

The Newberry Library is one of Chicago’s gems, a research library located in the middle of one of the fancier neighborhoods of Chicago. And it’s free to get a library card. It houses collections on American history, maps, religion, postcards and so much more. Within its hallowed walls, it has one of Shakespeare’s First Folio, the Popol Vuh, and much more. And with a library card, you can see these things.

Recently, they have been doing some wonderful behind-the-scenes tours for a nominal fee. The first tour I did focused on book binding. We had a guided tour through a selection of 15 texts by library staff who let us ask questions and handle the books.  I got to handle an incunable, a book printed before 1501, which I never thought I would. In the fall of 2017, they did a tour called “Forbidden Newberry” where we got to see scandalous and “scary” texts within the collection. They even brought out the infamous book that is allegedly bound in human skin (it’s not—it’s goat skin or something harmless!). We saw a beautiful grimoire that had spells for summoning demons with crystal.  Spanish pamphlets showed all sorts of horrible creatures including giant rats and snails. 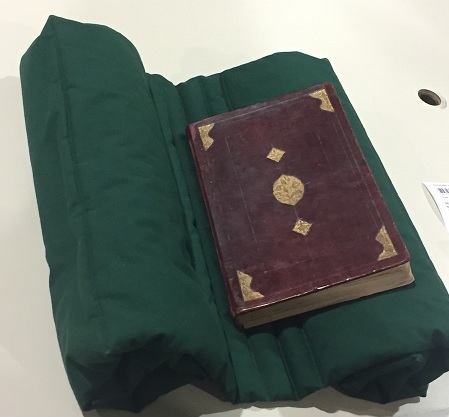 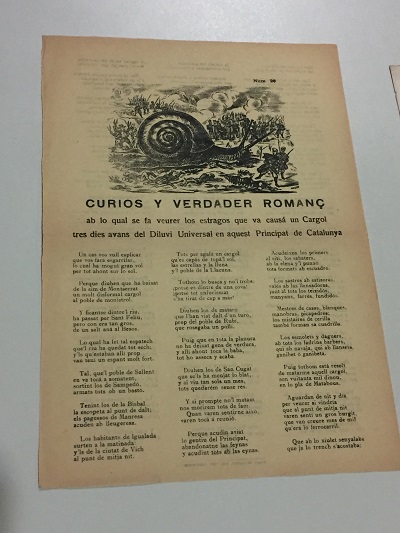 The scandalous tour included Alexander Hamilton’s Reynolds Pamphlet, wherein he tries to absolve himself of a corruption charge by coming forth about his affair. They also showed a handwritten and drawn book that provided very detailed descriptions about different forms of anatomy and sexual positions.

In addition to these tours and the delightful collections, they put on some pretty sweet exhibitions. In 2016, they had an exhibition in conjunction with the 500 year anniversary of Shakespeare that included the First Folio and the Hope Diamond of Shakespearean texts: the Bad Quarto, an early version of Hamlet (I think at the British Library). My favorite thing were the advertisements of plays that featured 1920s actress Sarah Bernhardt as Macbeth or Hamlet. They had a small exhibition about Alexander Hamilton (again showing off a Reynolds Pamphlet). It’s less flashy than the British Library’s recent exhibitions but they are really cool. The programming that accompanies the exhibitions is also amazing. In 2016, a gentleman lectured about Shakespeare and the screen for the Shakespeare Exhibition.

Towards the end of July, the Newberry hosts a four day giant book faire in its ground floor. It’s a good deal of fun and a great place to get some really good deals. My entire record collection is the result of this annual sale. On the Saturday of the sale, they have a wondrous celebration of free speech and Chicago history. Before the Newberry building, there is Bughouse Square, famous for people giving soapbox speeches back in the day. It’s also where the ashes of the great Chicago oral historian Studs Terkel are scattered covertly. In honor of that tradition, they have the annual Bughouse Debates, complete with soapboxes. People come and talk about food trucks, religion, police violence, democracy and so much more. I’ve had the pleasure of being a historical speaker and moderator of the “open” soapbox.

If you find yourself in Chicago or London, be sure to check these places out. What are your favorite libraries?