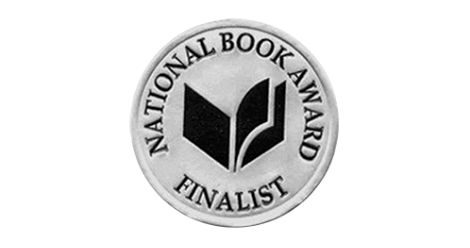 The 2018 National Book Award finalists have been announced!

The National Book Foundation has announced its shortlists for the 2018 National Book Awards: 25 finalists in total in five categories—fiction, nonfiction, poetry, translated literature, and young people’s literature. The winner in each category will be announced at the 69th National Book Awards Ceremony held at Cipriani Wall Street in New York City on Wednesday, November 14. The ceremony will also be live-streamed online in its entirety.

The shortlists are as follows:

Where the Dead Sit Talking by Brandon Hobson (Soho)

The Indian World of George Washington: The First President, the First Americans, and the Birth of the Nation by Colin G. Calloway (Oxford UP)

American Eden: David Hosack, Botany, and Medicine in the Garden of the Early Republic by Victoria Johnson (Liveright)

Heartland: A Memoir of Working Hard and Being Broke in the Richest Country on Earth by Sarah Smarsh (Scribner)

We the Corporations: How American Businesses Won Their Civil Rights by Adam Winkler (Liveright)

Wobble by Rae Armantrout (Wesleyan UP)

Love by Hanne Ørstavik and translated by Martin Aitken (Archipelago)

Flights by Olga Tokarczuk and translated by Jennifer Croft (Riverhead)

The Assassination of Brangwain Spurge by M.T. Anderson and Eugene Yelchin (Candlewick)

And predictions on who the winners will be? Did a favorite of yours get left off the list? We’d love to know!