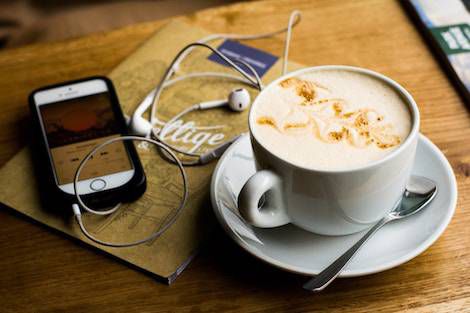 Earlier this year, Jeff O’Neal mentioned The Sporkful on an episode of the Book Riot podcast. The Sporkful is a podcast for eaters, not for foodies, and that was literally all I needed to hear for me to track it down, subscribe, and start listening. The podcast has actually been around for years (here I am, late to the party as usual), and to my utter delight, has some really wonderful bookish material. If there’s one marriage I really love to celebrate, it’s that of food and books. So to get you started if you are also new to The Sporkful party, here’s my list of 2017’s great bookish episodes of The Sporkful podcast.

I’m starting with episodes from season 8 (released throughout 2017) because those are most widely available on Apple Podcasts and Stitcher. However, paying a visit to The Sporkful’s website will give you access to some great archival material, which I’ll cover in a minute. 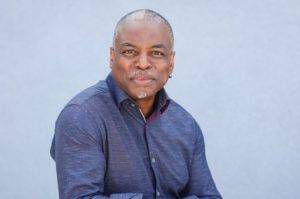 Our old friend LeVar Burton talked with Dan Pashman about his childhood, his feelings about PB&J, his favorite children’s book about food, and oh yeah, he gives dramatic readings of cookbook recipes (including the Star Trek Cookbook, which yes, is a thing). This is such a delightful episode to listen to.

The Library of Congress began its cooking club in 1949, bringing foods from all over the world to the Library of Congress. The club met for years, doing luncheons and demonstrations, but by the 2000s, as some of the original members began retiring, the club basically died out. Younger staffers just didn’t seem interested. But librarian Laverne Page (who has been a part of the club for forty years) is trying to save it, with help from another longtime member, Shirley Loo. Dan Pashman attends the holiday luncheon, an event designed to stoke the fires of the cooking club, and entertains the crowd with librarian jokes. (The episode was actually recorded a year ago, but aired in 2017.) 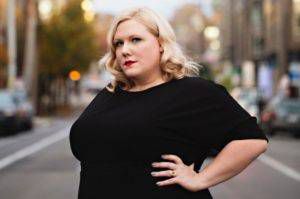 how to be fat (with lindy west)

Lindy West, author of Shrill, chats with Dan about the cultural pressure fat people are under in proximity to food. “If I made a food podcast,” she says, “I would never hear the end of it.” She talks about the difference between good fat and bad fat, different body types, her husband, and her experience in airport VIP lounges (hey-o, panini press!).

what if willy wonka was your dad

Dan Pashman talks with Lucy Dahl, the youngest daughter of author Roald Dahl, about her childhood with the famed author and the role food played in his work and in their home life. From midnight feasts to special cabbage direct from the Queen’s garden, fantastical details and very specific food stories weave their way through this interview. Then Dan and Andrew Rea recreate the giant chocolate cake from Matilda. 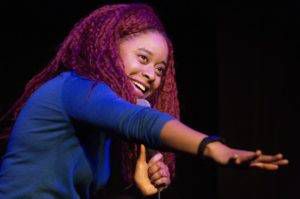 As I mentioned, this podcast is not new, and there are plenty of great bookish episodes to go back to on The Sporkful website. I can’t wait to go back and listen to these episodes with fantastic writers. You can hear about Padma Lakshmi’s food memories and people’s impressions of the author and Top Chef host. Listen to part four of the “Who Is This Restaurant For?” series with W. Kamau Bell and hear about the ways he must size up restaurants because of the ways he is sized up as a black man. Author and comic Phoebe Robinson talks about race and food and dating. Dan dives into cultural appropriation and talks with prolific cookbook author Mark Bittman about his position as a white chef with expertise in Mexican cuisine. He chats with Hannah Hart about coming out, My Drunk Kitchen, and her cookbook by the same title. John Hodgman joins Dan for a debate about whether hot dogs are sandwiches. And finally, he sits down with Michael Pollan to talk about Pollan’s influence over food, the pressure to now be uber-Pollan, and why he gets so few dinner invitations.

The Sporkful has been a delightful find for me this year, and a big part of that is the bookish element, the fantastic writers Dan Pashman brings in and the ways food feeds through their work, their experiences, and their stories.