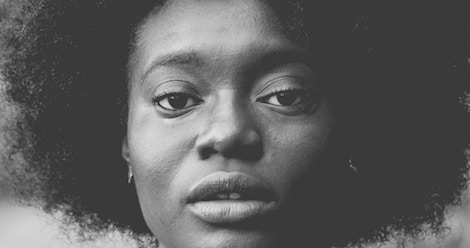 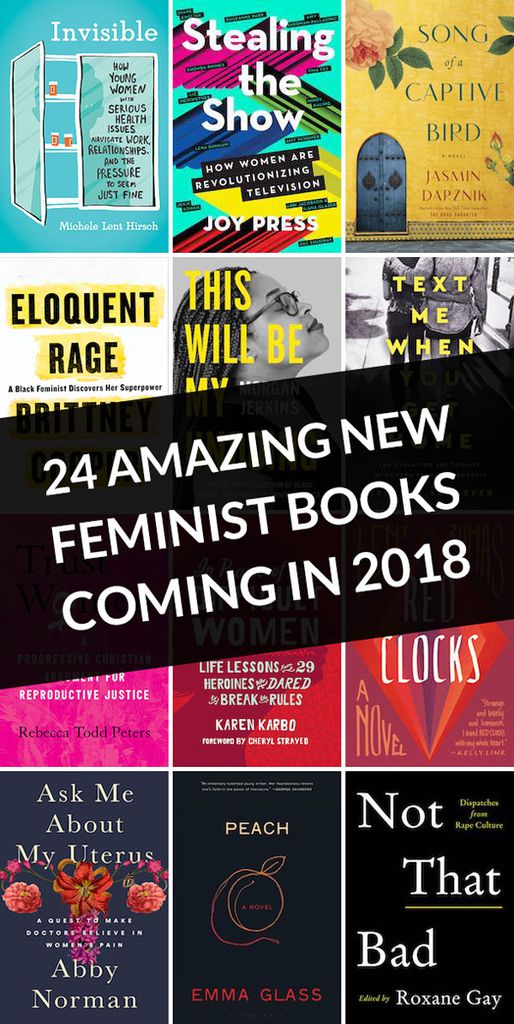 If 2018 turns out to be anything like 2017 (here’s hoping it’s a thousand times better), we’re going to need a lot of feminist reading material. Luckily, there seems to be no shortage of feminist books coming in 2018. Here are twenty-four titles I’m most looking forward to reading. 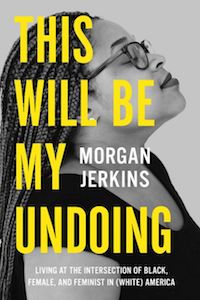 In this essay collection, former Book Riot contributor Morgan Jerkins explores the question, “What does it mean to ‘be’—to live as, to exist as—a black woman today?” She writes about how black women have been marginalized—both by the white male-dominated world at large and by the feminist movement. She writes about sexuality, disability, and body image at the intersection of race and gender. 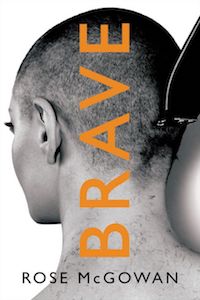 Rose McGowan is on the front lines of the fight to hold sexual predators in Hollywood accountable for their crimes. In this memoir, she recounts her childhood growing up in a cult, her early years in Hollywood where she was sexualized by producers, directors, and the press, and her rise as a feminist activist. She exposes the misogyny that is the cornerstone of the film industry and unapologetically speaks truth to power. 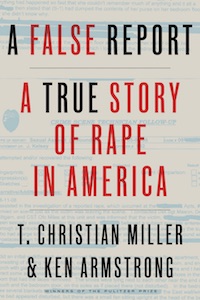 On August 11, 2008, eighteen-year-old Marie reported that a masked man broke into her Seattle apartment and raped her. The police quickly grew suspicious of Marie’s story and confronted her with the inconsistencies in her report. Marie broke down, confessing that she had lied to get attention. But what really happened on that summer night? This astonishing piece of journalism reveals the disturbing truth about how sexual assault is investigated and the long history of skepticism toward rape victims. 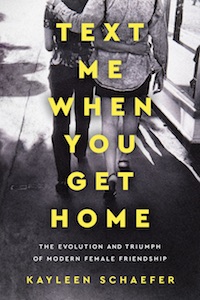 Text Me When You Get Home by Kayleen Schaefer

Jealous catfights, bitter rivalries, mean girl cliques. For so long, this was how female “friendship” was predominantly portrayed in the media. But now, true female friendship founded on solidarity and sisterhood is being celebrated like never before. This book includes interviews with dozens of historians, film and television creators, celebrities, authors, and ordinary women that celebrate the beauty and joy of female friendship. 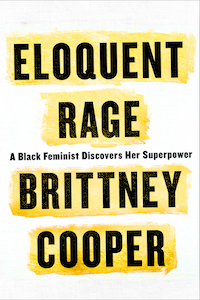 Black women’s rage has long been caricatured as an ugly and destructive force that has no place in a civil society. But in this book, Brittney Cooper argues that eloquently expressed anger—like that of Beyoncé, Serena Williams, and Michelle Obama—can be a force for positive change and can give women the strength to keep fighting in the face of overwhelming odds. 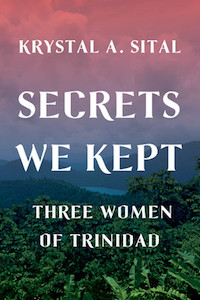 Secrets We Kept by Krystal A. Sital

In the lush hills of southern Trinidad, Krystal Sital grew up idolizing her grandfather, a wealthy Hindu landowner. Years later, after her family resettles in New Jersey to escape the crime and economic hardship of the island, Krystal’s grandfather lapses into a coma and the women he has terrorized for decades begin to speak. As the long-held secrets of her family’s past are cast into the light, Krystal begins to understand what it took for her foremothers to survive. 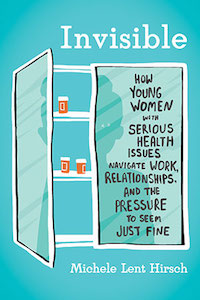 Young women with serious illness are one of the most overlooked populations in American society and one of the most ignored groups in our medical system. Weaving together patient interviews, insights from scientists on the study of gender and illness, and her own harrowing medical story, Hirsch exposes just how much gender norms hurt women who are already hurting, and how sexism prevails both in relationships and at the doctor’s office. 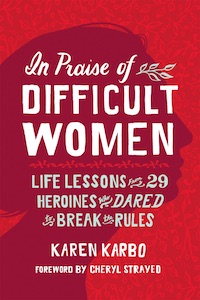 In Praise of Difficult Women by Karen Karbo

From Amelia Earhart and Frida Kahlo to Carrie Fisher and Shonda Rhimes, this book spotlights twenty-nine rebels and rule-breakers who threw stereotypes to the wind and charted their own path. Their lives provide inspiration and instruction for a new generation of feminists. Karbo examines the universal themes that connect each of us to these icons of female badassery and argues that being “difficult” can lead to a more fulfilling life. 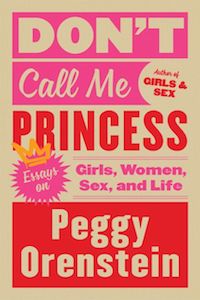 Peggy Orenstein has been an unflagging feminist voice for decades and now, for the first time, her most important essays of the last thirty years are compiled into this collection that explores a wide range of topics. She takes on reproductive justice, the infertility industry, tensions between working and stay-at-home moms, girl culture, and more. This collection celebrates how far women have come and reveals just how far we still have to go. 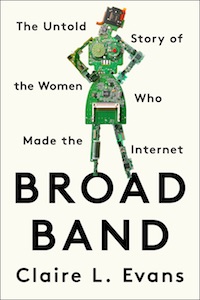 The history of technology has long been written as a story of male innovation, but women have always been at the forefront of innovation. Their presence has just been erased—until now. In this book, Evans pulls these forgotten technological pioneers from the dustbin of history to shine a light on their remarkable achievements. 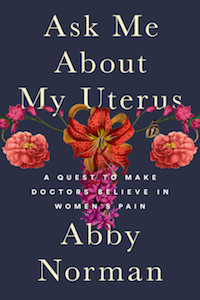 Ask Me About My Uterus by Abby Norman

In 2010, Abby Norman lost forty pounds from her already fit frame and was repeatedly hospitalized in excruciating pain. The doctors had no idea how to fix it. Instead of believing her and working to find a solution, they dismissed her pain and told her it was all in her head. Driven to find answers, Abby educated herself and eventually realized that she was suffering from endometriosis. In this searing memoir, Abby places her own infuriating experience in the broader context of misogyny in the medical industry. 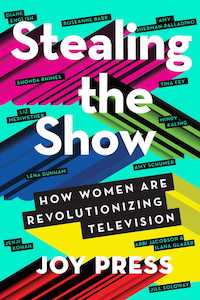 Stealing the Show by Joy Press

Hollywood has always been run by men, but in recent years, female writers, producers, and directors have radically transformed the television side of the industry. Women like Shonda Rhimes, Lena Dunham, Tina Fey, Amy Schumer, and Mindy Kaling have made their mark. But long before these women rose to prominence, a small group of trailblazing women—starting with Roseanne Barr and Diane English—began breaking down the barriers that would lead to the rise of women’s voices in television. This history of women in television celebrates these pioneers and explains how they have shaped TV as we know it. 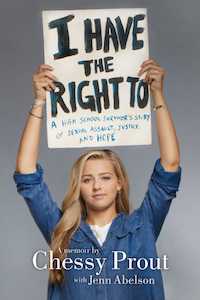 I Have a Right To by Chessy Prout with Jenn Abelson

In 2014, Chessy Prout began her freshman year at a prestigious boarding school in New Hampshire. Then, a senior boy sexually assaulted her. Chessy reported the assault to the police and testified against her attacker in court, but like so many other victims, she faced backlash from her school community. In this memoir, Chessy courageously speaks out against the institutions that turn a blind eye to sexual assault and offers real solutions to end rape culture. 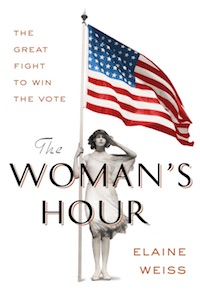 The Woman’s Hour by Elaine Weiss

August 1920. Thirty-five states have ratified the Nineteenth Amendment. Twelve have rejected or refused to vote, and one last state is needed to ratify. It all comes down to Tennessee. It is on this battleground that opposing forces collide. This history follows a handful of women who marshaled their forces and won the vote in one of the greatest twentieth-century battles for civil rights. 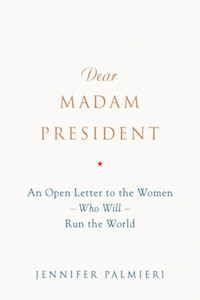 Dear Madam President is a letter from Hillary Clinton’s former Communications Director, Jennifer Palmieri, to the first woman president. Drawing on her experiences with Hillary Clinton, President Obama, and Elizabeth Edwards, Pelmieri shares inspirational and practical advice for women in all professions—from CEOs to stay-at-home moms—who want to take control of their lives and make a difference in the world. 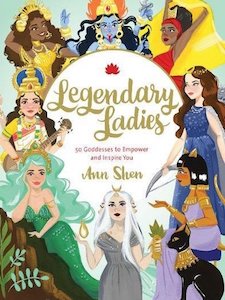 From the beloved author and artist of Bad Girls Throughout History comes this delightfully illustrated volume of goddesses from around the world. From the Greek Aphrodite and the Chinese Mazu to the Hindu Lakshmi, the beautiful watercolor portraits of these powerful deities are accompanied by essays that celebrate the divine feminine and encourage readers to empower the goddess within. 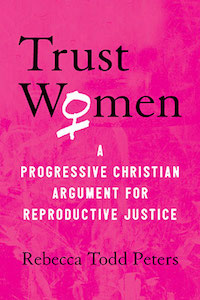 In this book, Presbyterian minister and ethicist Rebecca Todd Peters offers a Christian defense of being pro-choice. She argues that the real problem is not abortion, but our inability to trust women to make their own decisions about what is right for their bodies, their families, and their lives. 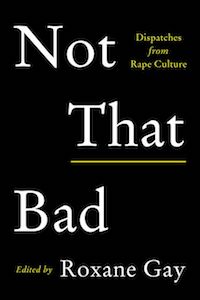 Not That Bad, Edited by Roxane Gay

In this anthology, beloved feminist author Roxane Gay collects original and previously published essays about what it means to live in a world where women have to live with the constant threat of harassment and violence, and where they face denigration and disbelief if they dare to speak out about it. The book includes pieces by actors Ally Sheedy and Gabrielle Union, writers Amy Jo Burns, Lyz Lenz, Claire Schwartz, Bob Shacochis, and more. 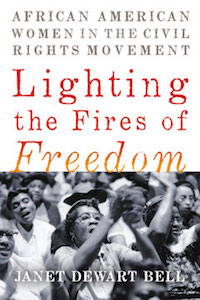 Lighting the Fires of Freedom by Janet Dewart Bell

Rosa Parks, Coretta Scott King, Dorothy Height–well-known figures in the Civil Right Movement. But can you name other women leaders in the Movement? If not, this book is for you. Through interviews with nine women who fought alongside their male counterparts in the fight for equality, Bell shines a light on women’s too-often overlooked achievements in the Civil Rights Movement. 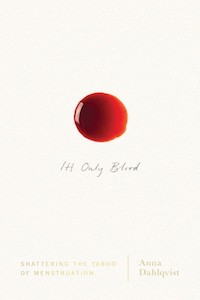 Every day, eight hundred million people menstruate. Yet menstruation is still seen by many as a mark of shame. In Western culture, we try to render menstrual blood invisible and experience embarrassment and shame when it makes itself known. In other cultures, menstruating women are so ostracized they are barred from attending school, going to work, or even staying in their own homes. In this book, Anne Dahlqvist tells the inspiring stories of women who are fighting back against this culture of shame. 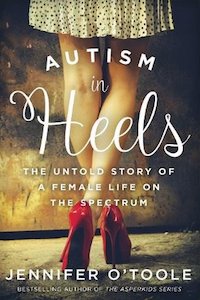 Autism in Heels by Jennifer O’Toole

Boys are nearly five times more likely than girls to be autistic. This has led to girls on the spectrum being overlooked and misdiagnosed. In this memoir, Jennifer O’Toole tells her story of being diagnosed with Asperger’s syndrome at the age of thirty-five and invites readers on her journey of self-discovery as an Aspie and a modern woman.

I wanted the focus of this list to be nonfiction, but there are three feminist novels coming out in the next couple months that I am really excited about and want to share with you. 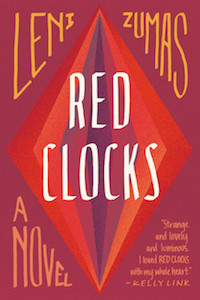 In the dystopian world of this novel, abortion is once again illegal in America, in-vitro fertilization is banned, and the Personhood Amendment grants life, liberty, and property to every embryo. In a small Oregon fishing town, five women learn to navigate these new restrictions. Their fates collide when Gin, a gifted herbalist, is arrested and put on trial in a modern-day witch hunt. 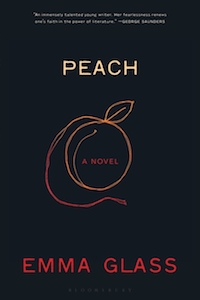 One evening, Peach is violently assaulted. She staggers home where she is faced with parents who can’t acknowledge that anything has happened to their daughter. The next day, Peach tries to return to the routines of her ordinary life, but she is haunted by the memory of her unacknowledged trauma. Though she tries to forget, Peach eventually realized that she must take drastic action to break free. 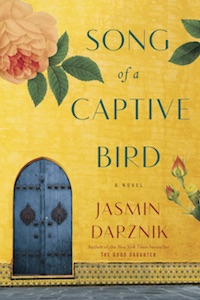 Song of a Captive Bird by Jasmin Darznik

This novel fictionalizes the life of Forugh Farrokhzhad, a pioneering Iranian poet who defied her culture’s expectations of women and blazed her own trail. As a child, Forugh is taught to obey without question, but she always finds ways to rebel. Eventually, she is forced to marry, but instead of accepting her fate, she runs away and throws herself headlong into a passionate affair that fuels her desire to write and achieve freedom and independence.