As a Brit living in the US, I’ve made a big effort to read more British books this year—not difficult, as I didn’t read a single one in 2016. (Oops.) I discovered some great ones in the process, both new ones  like Freshers by Lucy Ivison and Tom Ellen and backlist like Sophie Kinsella’s Confessions of a Shopaholic. I asked my fellow Rioters what British books they’ve enjoyed in 2017, too. 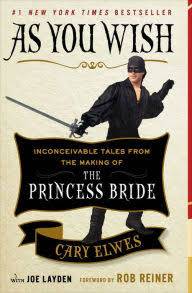 As You Wish by Cary Elwes

The Princess Bride is one of my all time favorite movies, so when I found this book during an Audible sale, I knew I had to get it. Elwes (who played Westley in the movie) recounts his experiences on set (including a lot of shenanigans and at least one concussion that made it into the film) along with blurbs and anecdotes from the rest of the cast and crew. It’s got it all: “fencing, fighting, torture, revenge, giants, monsters, chases, escapes, true love, miracles.” You know, all the good stuff. Or okay, maybe not quite all of those. Still. It’s such a fun, nostalgic read for anyone who’s a fan of the 80s cult classic. Plus, the audiobook is narrated by Westley (ahem, Elwes) so you get to listen to his lovely, British voice the whole time. What more could any Princess Bride fan possibly want? 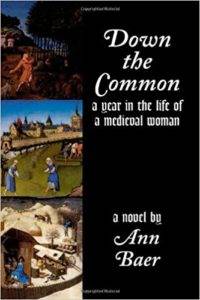 Down the Common by Ann Baer

This book was a gorgeous, quiet book about the life of one medieval woman, Marion. It followed her over the course of one year. Marion is an Everywoman figure, filling in for us all, showing us Woman as the heart of the family and community. She sees the beauty in all things even while she struggles to keep her family fed and healthy. Literally nothing happens in the novel, and yet everything happens, and in the end Marion figures that no matter what, all shall be well. 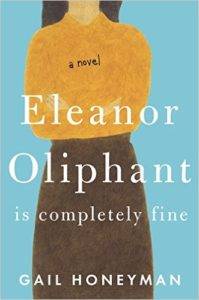 It seemed every single literary blog (and platform) I was following was reading and reviewing this book, and although this isn’t always a certainty that a book will be great, I tend to give best-sellers the benefit of the doubt, just to make sure I’m not wasting the chance of reading a good story. I took the book with me to my annual holiday in Portugal and I was pleasantly surprised. There’s at least one plot-twist I figured out early in the book, but it didn’t put me off it, since the characters were interesting enough to keep me guessing. Eleanor is the kind of person I would probably not like had I met her in real life—too uptight—but the character ends up warming up your heart. There’s a lot more to the story than her past. The story takes us around London a bit and Eleanor’s lifestyle is rather British: posh British, because I don’t really know of many people who can afford to live all by themselves in a flat in London, though all pieces come together eventually. It made me shake my head, it made me cry, it made me laugh. One of the best reads of this year.

I was initially attracted to the cover, because, my goodness! Gorgeous. And then I heard the author interviewed, probably on NPR, and she seemed so smart and humble and and darling. I’d put off picking up a copy, but then, just before setting off on a trip to the UK last summer, I decided that for long train rides, Serpent would be an excellent choice. I was right. I was immediately captivated by the story, and reading it while traveling in England was a special treat. I loved the characters, even the more despicable ones, and the storyline is complex and sophisticated. And in the very last bit, our heroine, Cora, writes in a letter a line that sums up, simply and beautifully, my own sense of what a full, mature love looks like. It is one of the few books I feel compelled to read again. 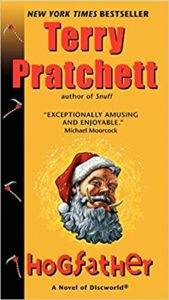 When I think of British humor, Terry Pratchett comes immediately to mind. His Discworld series is hilarious and expansive, and I try to read 1–2 a year. I started Hogfather on Christmas of last year, but didn’t finish until January 1st of this year. And it’s a perfect seasonal read. If you’re already familiar with the Discworld series, then you know Death. Now, imagine Death posing as Discworld’s equivalent of Santa Klaus. It’s pretty hilarious. I definitely laughed out loud a few times. I read this with a Goodreads Group I’m in, and some members were familiar with Discworld, while others had never read any of Pratchett’s novels. It didn’t seem to matter. Everyone enjoyed it regardless. If you’re looking for something to read over the holidays, this would be a great choice. 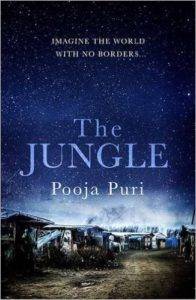 The Jungle by Pooja Puri

The Jungle is the story of young Nico, who is living in the Calais refugee camp. The people there are desperate to escape—so much so that they will risk their own lives to do so. Nico is no different. But when Leila arrives at the camp, friendship blooms between her and Nico, and things slowly begin to change. I loved The Jungle because it handles a very difficult subject with real depth and intelligence. It manages to bring to life the very difficult situation for kids like Nico and Leila without being heavy handed, or making the book too depressing. It also has some brilliant characters and great relationships. 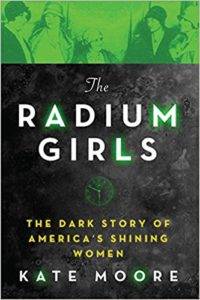 THE Radium Girls: The Dark Story of America’s Shining Women by Kate Moore

I stumbled upon a Buzzfeed article earlier this year and was instantly obsessed. Only three paragraphs in and I knew that this was a topic I wanted to read an entire book on. So it was a pleasant surprise when I realized the article was written by the very same woman who was about to release a book on the very same topic. Moore weaves a story of women working in clock factories in the early 1900s who were neglectfully exposed to high levels of radiation, levels so high that many of them suffered or died as a result of their jobs. The strength of the women as they struggled, while marching forward to their own painful ends, to ensure that other women did not meet the same fate was uplifting while utterly frustrating. The unconscionable way we’ve used employees is a tale as old as time and it was empowering to read about the women who refused to allow it to continue. 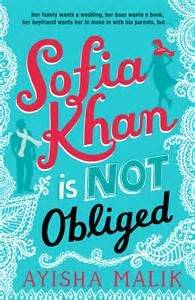 Described as the Muslim Bridget Jones, Sofia Khan Is Not Obliged is totally hilarious and heartwarming. I’m so glad to have stumbled upon it. It’s a Muslim romance that follows Pakistani-British Sofia Khan who, after breaking off an engagement, has to navigate Muslim dating in order to write a book about it. There were times while reading that I expected the book to go one way, but it always managed to surprise me in the best way possible. Sofia Khan also has some brilliant love interests that might put Daniel Cleaver and Mark Darcy to shame. 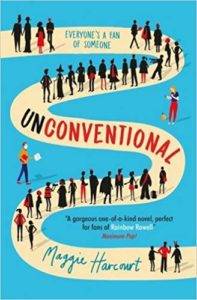 I’ve been a fan of Maggie’s writing since her debut novel The Last Summer of Us and was super excited to read her latest offering Unconventional. As a comics fan and long-time convention attendee, a YA novel set in and around the world of fan conventions was 100% up my alley. Harcourt perfectly captures the experience of attending a convention and the families that grow up around such events. I was so disappointed when the book ended and would have loved to continue to read about Lexi, her friends and her life. I’ve recommended this to so many friends since I read it, friends of all ages, and they have all loved it, seeing their lives, interests and experiences reflected on the pages of the book. This is the perfect book to curl up with over the Holiday Season. 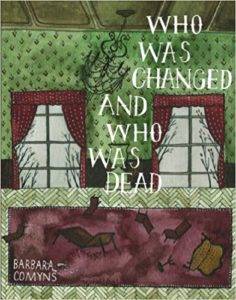 WHO WAS CHANGED AND WHO WAS DEAD by Barbara Comyns

This book is from the Dorothy Project, a fun feminist indie press that I highly recommend. It was originally published in 1954 and is about the Willoweed family. There’s Grandmother Willoweed (a real Havisham-type—bitter, evil, sad), her son Ebin (a real lazy, foppish man), his daughter Emma (a young, sad dreamer), her sister Hattie (dark skinned, so not fathered by Ebin, but most loved by Ebin), and Dennis (their brother). At the beginning there’s a flood, and ducks float in through the window. After the flood, people start turning mad and killing themselves. This is all a bit surreal, but halfway through things are cleared up, and the last half is much more “British” in tone. The Willoweeds weren’t my favorite English family, but they certainly were unique, and I would highly recommend reading about them!