In 2015, Chip Reece and Alterna Comics made history by publishing the first graphic novel ever to star a superhero with Down syndrome. Metaphase is a charming book that balances superhero thrills and villainous chills with a gentle, all-ages-welcome look at what it’s like to live with a disability. The main character, Ollie, is very clearly inspired by Reece’s own son, who shares the same name. Earlier this year, the book was basically trampled on by Lion Forge, who, in their haste to unveil “the first superhero with Down syndrome,” didn’t realize that it had already been done before. But times they are a-changin’, and the public has begun to recognize Metaphase’s importance, not only to the medium but to disability lit overall. Reece was kind enough to sit down with me and discuss Metaphase, the affects it’s had, and what to expect in the much-anticipated sequel: 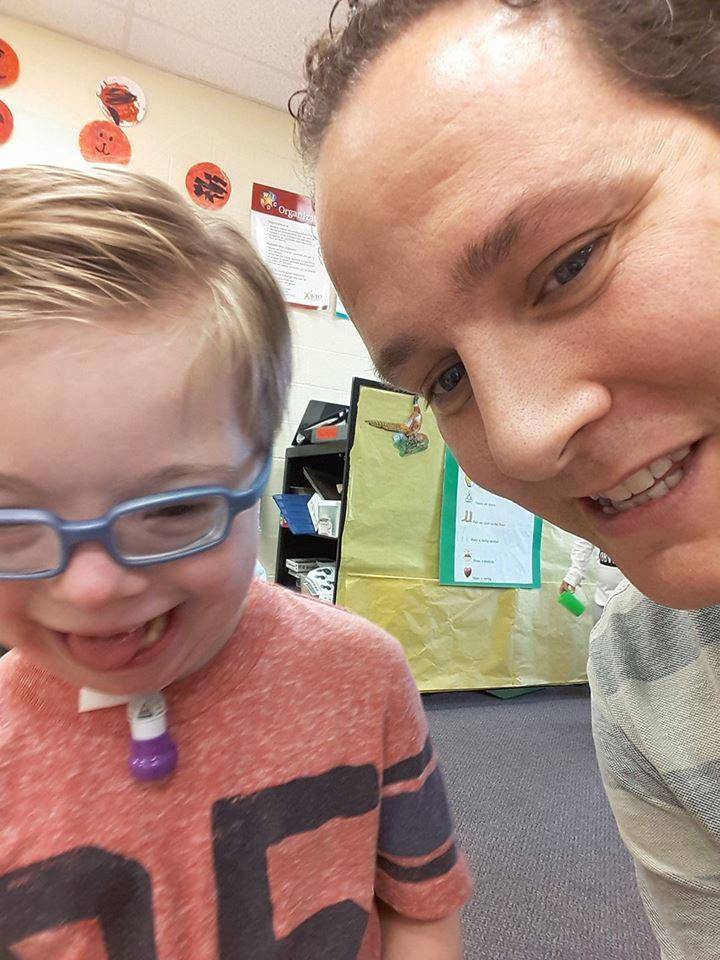 Metaphase is truly the first of its kind—not only is it the first graphic novel ever to feature a hero with down syndrome, but it’s a love letter to your son, Ollie. How closely did you draw on real experiences when it came to writing Metaphase?

During the time I was developing it, we were really wrapped up in a lot [of] serious medical things. The book actually opens up pretty quickly with a scene in the hospital, which at the time is where we spent over seven months of our lives together. Even after we came home, we basically had a little mini hospital in Ollie’s bedroom, as he had all kinds of monitoring equipment and was on a home ventilator until sometime in 2013 (about 2.5 years). I also projected some of my concerns on the dad in the story. How will Ollie fare as time goes on with all of his medical issues? It’s still a constant concern.

Honestly, you did an amazing job balancing Ollie’s frustrations with Sentinel’s worries—that parent-child dynamic is different when there’s a disability thrown in the mix. Ollie’s want to be treated just like everyone else is palpable. Was this something on your mind after your son was born? How he would feel in relation to those who did not have a disability? Has writing Metaphase helped you and/or Ollie navigate those concerns? 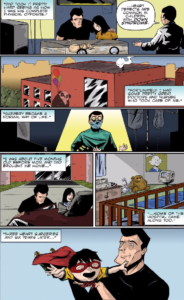 That was my thinking. Even though my brain was full of all these future worries, Ollie will grow up with dreams and aspirations just like any person would. I want him to grow up knowing that despite what others might believe to be his potential, he has the right to think and dream just as big as anybody else. As for how he would feel in relation to others? I’m sure one day he will start to do the comparison thing. I think that’s a very human thing to do no matter where we are in life. I think the navigation of those concerns is an ongoing process, but writing Metaphase was definitely something that helped me process what we were going through. It also helped me look beyond everything that was happening in the moment, which was very hard. I look back on those days and wonder how we all managed to keep it together.

Do you feel like the book has changed the way people can relate to Ollie, and hopefully others with disabilities as well?

I think the book has changed how others relate to Ollie. It gives others a way to approach him as a unique individual, not just as a person with a disability. I’ve been told that some kids at his school approach him as the “superhero kid,” which I love. Ollie is non-verbal, so I know it can be hard (especially for other kids) to know how to communicate with him. This is one way people can come into his world. My hope for others like Ollie is that they see their own potential. And for those around them, that they give them room to aspire to whatever it is they want to do.

Metaphase started off as a short 10-page project to be shared with friends and family; then Alterna Comics saw something wonderful and asked you to turn it into a full-fledged story. The reaction is also much bigger—have you had people approach you with their own stories after reading Metaphase? As an author and a father, do their reactions inspire hope?

Yeah, I thought I was in trouble when Peter Simeti (founder of Alterna comics) asked if I could expand the story to a full graphic novel. Luckily he and Kelly Williams (Metaphase‘s artist) were very helpful to me during the process. I owe a lot of the success to them as they both played the part of mentor on top of their official roles on the book. The direct reactions have all been positive. And, yes, people have shared some of their own stories. It’s cool to hear how different everyone’s experiences are, but the consensus is that all the folks they know with Down syndrome are heroes.

Have you ever had any negative or ignorant reactions, and if so, how do you deal?

Nothing personally, which has surprised me. I will say with the most recent press the book has had, I have caught a few comments on media posts that are horrible, but what can you do, you know? Hopefully the positive drowns those folks out.

Do you have other recs for disability lit?

For recommendations, I highly suggest a collected book called Downtown. It’s Brazilian in origin and features a cast of characters with Down syndrome, inspired by the creator’s uncle and his friends. That book was released during the initial development of Metaphase and is the first comic-related book I know of that has prominent characters with Down syndrome. Very cute book and a very good representation.

Ollie’s got some pretty cool, unique powers in Metaphase. How did you come up with that power set? 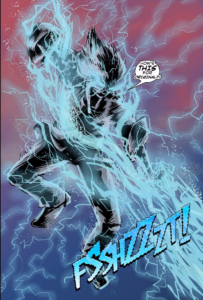 When I was thinking of Ollie’s powers in the beginning, I wanted them to be something unlike any popular powers. There’s a lot more to his powers that I can’t quite reveal (coming in the sequel), but I believe we have something unique. In the first book his powers look a lot like some type of teleportation power.

A sequel to Metaphase is scheduled for sometime in 2018—any hints as to what we can expect?

The sequel will be developing over the next year, with my attention shifting more intensely next summer. I have a bunch of things in my brain that I want to get in there. I will be exploring more of his powers of course, but I would also love to broach more on the subject of how his peers treat him.

Reece has made great strides for disability lit, and is planning to make more with his upcoming sequel. As a fan of his work, it was wonderful to speak with him, and I can’t wait to see what he’ll come up with next.