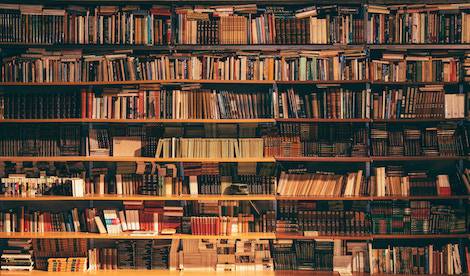 It’s that time of year again when all the Best Books lists come out, and I always feel like a lot of the books released early in the year are forgotten. It was an AMAZING year for books, so I thought I’d do something fun and share 30 books that came out in early 2017 I thought deserve a second look. I tweeted these over the weekend, and thought they were worth collecting here. There might be a hidden gem that you missed! (And if you’re anxious to get your 2018 TBR rolling, I have a list of suggestions for that, too.) Idaho by Emily Ruskovich: Heartbreaking debut about marriage and loss in which a wife struggles to discover what happened during her husband’s first marriage—his first wife is now in prison—before his memory fades completely.

The Girl in Green by Derek B. Miller: Two men are given a second chance to save a girl they couldn’t help 20 years earlier during the Gulf War. (But obviously it will be more complicated than that.) I already consider it a modern classic about war and redemption.

Fever Dream by Samanta Schweblin: A slim, bananapants book of what-the-effery that will take you out at the knees, and probably give you nightmares to boot. Purrrrrrrrr.

Lucky Boy by Shanthi Sekaran: Timely, compassionate novel about a woman whose son is removed from her care when she is placed in a detention center, and the woman who takes him in and fights to keep him.

Lightwood by Steph Post: Gritty Florida noir about a former inmate who returns to his violent rural hometown and tries to make good as chaos and crime swirl all around him. Six Wakes by Mur Lafferty: Space! Clones! A murder mystery! It’s up to newly-awakened clones to discover who is killing people aboard the ship before it becomes their *final* final frontier.

The Man Who Shot Out My Eye is Dead: Stories by Chanelle Benz: Arresting debut collection of stories, with characters throwing themselves headfirst into morally questionable situations with devastating effects.

The Second Mrs. Hockaday by Susan Rivers: A new bride is left alone to care for her infant son and the farm when her husband is called to fight in the Civil War. He returns two years later to find her in prison. What transpired while he was away? A fantastic debut.

Days Without End by Sebastian Barry: Okay, this one won the Costa, but I love it so much, I had to mention it. It’s about the horrors of war—a young Irish man and his bff enlist in the Civil War—but it’s also the sweetest love story I read this year.

The Nature Fix: Why Nature Makes Us Happier, Healthier, and More Creative by Florence Williams: Go outside. Right now.

Everything Belongs to Us by Yoojin Grace Wuertz: Four lives from different backgrounds are swept up together in politics, betrayal, and broken dreams in Seoul, 1978. The Dry by Jane Harper: Two murder mysteries in one! A blisteringly wonderful (and slightly horrifying) story about a sheriff who returns to his hometown for the funeral of a friend accused of murder 20 years earlier. The sequel is just as good and out 2/6/18!

Cannibalism: A Perfectly Natural History by Bill Schutt: Do you love Mary Roach, science, and the taste of human flesh? Or even 2 out of 3 of those things? Then you should read this book. It’s fascinating, and it’s a more realistic look at the future than The Road.

Abandon Me: Memoirs by Melissa Febos: A raw, unflinching exploration of identity and art. I am a sucker for a book that flays me open.

Things We Lost in the Fire: Stories by Mariana Enríquez: Wildly imaginative tales of the dark and strange. (FYI: The fastest way to get me to read something is to get a blurb from Kelly Link.)

Desperation Road by Michael Farris Smith: After eleven years in prison, Russell wants to return home to start a quiet life. But it won’t be possible, with trouble finding him at every turn. A quietly powerful novel of regret and redemption. Harmless Like You by Rowan Hisayo Buchanan: A beautiful debut set in Japan and NYC, about a young artist and the son she abandoned.

What You Don’t Know by JoAnn Chaney: A gripping psychological thriller about the people left behind in the aftermath of a serial killer. The first few pages stressed me out SO MUCH—it made me so happy. Perfect for true crime and Mindhunter fans.

Traveling with Ghosts: A Memoir by Shannon Leone Fowler: Heartbreaking story about the sudden death of Fowler’s fiancé, and how she worked out her grief through travel.

The Best We Could Do by Thi Bui: A beautifully illustrated memoir about Bui’s family’s escape from Vietnam, the difficulties they faced in a new country, and Bui’s experience as a parent herself.

Rabbit Cake by Annie Hartnett: Precocious 10-year-old Elvis Babbitt attempts to navigate her place in the world as grief over the loss of her mother affects her and her father and sister in very different ways. Charming and sad.

Himself by Jess Kidd: I was completely enraptured by this whimsical—but dark—Irish mystery. Mrs. Cauley is one of the most kick-ass elderly women in literature. My Favorite Thing is Monsters by Emil Ferris: I am OBSESSED with this graphic novel about a young monster-loving girl in 1960s Chicago, who decides to be a detective and investigate her neighbor’s death. The artwork is like nothing else. Seriously.

All Grown Up by Jami Attenberg: This novel is so refreshingly honest. Life is messy and hard and sad, and the flaws in being human are translated beautifully through Andrea, the main character. Made me laugh and laugh and cry and cry.

The Twelve Lives of Samuel Hawley by Hannah Tinti: A motherless young girl, who is moved from town to town by a father with a dark past, yearns to discover more about her mother and the stories behind the twelve scars on her father’s body.

Swimmer Among the Stars: Stories by Kanishk Tharoor: Utterly original tales, set all around the world in both the past and the present.

The Hearts of Men by Nickolas Butler: Brutal, insightful novel about fathers, bullying, toxic masculinity, war, and redemption. I found myself holding my breath at the end. Sorry to Disrupt the Peace by Patty Yumi Cottrell: A heart-wrenching, darkly comic story about a young woman who returns to her childhood home to figure out why her brother took his own life. GAH.

Wait Till You See Me Dance: Stories by Deb Olin Unferth: These 39 tales are profound, acerbic, and surprising, and most are nothing short of amazing. If you enjoy droll, smart fiction, this is the book for you.