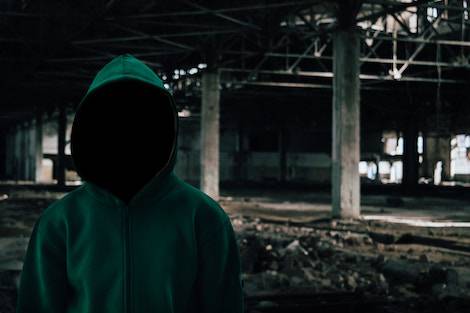 Not all mystery books are procedurals, starring police officers, lawyers, or other adults. There are tons of great books with teen sleuths, spies, and other mystery solvers. Not only so, but there are many awesome books where kids just get swept up in something crazy. You can find just about any genre in the young adult section, and mystery is no exception. Here are ten great mystery books for teens. 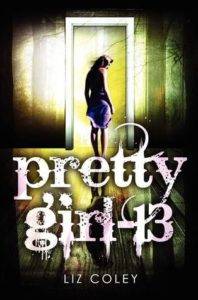 When Angie was thirteen, she went to girl Scout Camp with her friends and wandered off into the woods. When she gets home from camp, she’s sixteen, and doesn’t remember the intervening years. What happened? She still feels like she’s thirteen, like she just got home from camp. But everyone is telling her she is sixteen and has been missing for three years. What happened to her? Why doesn’t she remember? What is she trying to forget?

2. Charm and Strange by Stephanie Kuehn

Charm and Strange is the before and after story of Andrew Winston Winter. As a child, he is Drew. He is an angry, violent boy that spends the summer with his brother and cousins and comes out with a secret. Now, he is Win, a sullen teenager sent away to boarding school. Soon, he’ll have to face the truth—hopefully it won’t destroy him.

3. The Arsonist by Stephanie Oakes

Molly, Pepper, and Ava are three teenagers linked by a mystery. One day, Molly receives a package that brings her to Pepper—and there’s a mystery that comes with it. In 1989, Ava was murdered, a death that would lead to the destruction of the Berlin Wall. What happened, though, isn’t what it seems, and Molly and Pepper must figure it out. With the help of Ava’s diary, they set out to do just that. But they’re not getting the truth from everyone. Someone wants them to solve the mystery—desperately—and someone wants to stop them.

Category ID: 13193
Category ID: 474
Category ID: 468
What’s Up in YA? Newsletter
Sign up for What's Up In YA? to receive all things young adult literature.
Thank you for signing up! Keep an eye on your inbox.
By signing up you agree to our terms of use 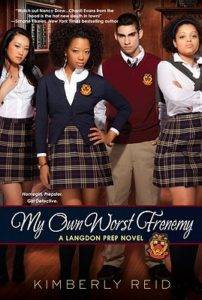 4. My Own Worst Frenemy (Langdon Prep #1) by Kimberly Reid

The first book in the Langdon Prep series follows Chanti Evans as she starts a new term at a prestigious prep school. As Chanti makes new friends, a string of thefts begin to happen on campus. Sure enough, Chanti, the new girl—and a scholarship student at that—becomes a suspect. She begins to investigate, and just when she thinks she’s figured it out, she becomes involved in something more dangerous.

Set in Victorian London, A Spy in the House is the story of orphan Mary Quinn. After being caught stealing, Mary is saved and sent to a finishing school. This seems…like a very strange turn of events—and it only get stranger. Miss Scrimshaw’s Academy for Girls turns out to be a guise for The Agency—an elite all-female crime solving unit. After being trained, Mary goes undercover as a lady’s companion. She infiltrates the household of a wealthy merchant in order to investigate some missing cargo. However, this home has many secrets and nothing is quite as it seems.

Nikki Tate lives in Los Vegas and is known as the daughter of a killer. Her father is in prison on death row for a murder he is adamant he didn’t commit. All Nikki wants to do it get out of dodge. She’s doing some not-so-legal gambling in an attempt to save money for her escape. Things get complicated when her father’s conviction is overturned. When he comes home, he’s not the same. He’s hellbent on figuring out who framed him—no matter the cost. 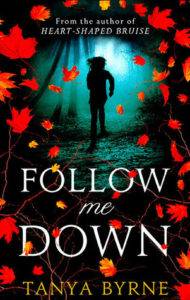 Adamma Okomma’s parents are moving her from her beloved New York City to a boarding school in the English countryside. She’s not exactly impressed. When she gets there, she meets Scarlett—beautiful, charismatic, popular Scarlett. The girls become fast friends, but let a guy come between them. Then Scarlett disappears. At first it just seems like another one of her stunts. But there are strange things happening at Crofton College, and the longer Scarlett’s gone, the more likely it seems that something very bad has happened to her.

8. Out of the Easy by Ruta Sepetys

This historical mystery set in the ’50s follows Josie Moraine in the French Quarter of New Orleans. Josie wants out. She doesn’t want to be stuck in New Orleans, known as the daughter of a prostitute—a mother who never took care of her. When someone is killed in the bookstore where Josie works, she gets wrapped up in a murder investigation. One her mother may or may not be involved in.

This psychological thriller follows Kacey as she moves from her mother’s house to live with the father she’s never met. Kacey makes a couple of new friends, and together they decide to hold a seance in a haunted barn. Kacey’s little sister tags along and something deeply scares her. After that night, Kacey’s new friends don’t speak to her anymore. When one of them goes missing—a girl named Bailey—Kacey investigates. The more she learns, the less clear the truth becomes. 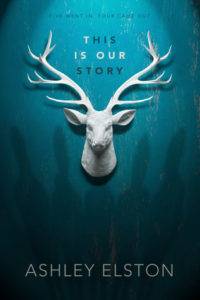 10. This is Our Story by Ashley Elston

One day, five friends go hunting. Only four come out of the woods alive. Grant has been shot dead, and none of his friends are saying anything. They’ve agreed to keep silent, shielding the killer among them. As the boys try to hold onto their secrets, Kate Marino, photojournalist and intern at the DA’s office, tries to unravel the case. A story of privilege, revenge, and corruption, in This is Our Story, nothing is what it seems.