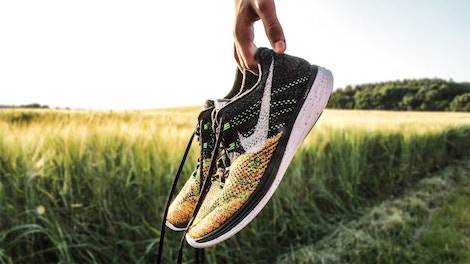 Cards on the table: some months ago, I quit my gym membership and decided to continue my fitness regime using just the mean streets of London, England. It was September at the time. The weather was neither hot nor cold. The days were long and evening sunshine was relatively common. I was quite happy with my decision. I signed up for several races and virtual races, getting my body back into the routines of running on the streets instead of on the treadmill.

Of course, this lofty sense of confidence was undone when the clocks went back in late October. The days are shorter now. London is bloody cold, and the rain frequently leaps from the heavens onto my head. Running now has an endurance requirement that it just doesn’t have in summer. The couch begins to look very, very enticing when the wind is slicing through my jacket and the rain is creeping into every nook and cranny.

Still, on I have to run. My love of chocolate and pastry demands persistent exercise and I’d rather run miles than quit the chocs. So, onward and upward. I’ve made this list of books that I find inspiring, either to listen to while running or to read when you finally hit the couch. Sometimes, you need a little motivation to hit the pavement: here it is. 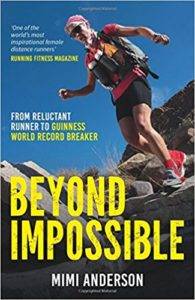 Beyond Impossible by Mimi Anderson

Mimi was a 36 year old mother of three when she clambered, unfit, onto a treadmill and started jogging. If you saw her in the gym today you would likely doubt her- but Mimi’s determination creates its own outcomes. She is now a record breaking ultra runner, and her failures have served to inspire her further successes. Sometimes, we don’t give people the credit they’re due just because they don’t match our automated image of total badass. When you have a rough run and you think you can’t do it, pick this one up. 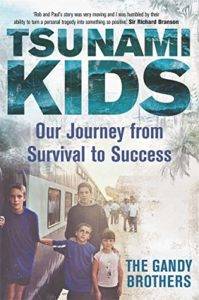 This one has nothing whatsoever to do with running, but it stuck in my mind for some years after I read it. The Forkan brothers toured the world with their parents until December 26th, 2004, when they lived in Sri Lanka and suffered the loss of both parents in the infamous tsunami. They made it home and returned to the UK, before committing their time to social entrepreneurship, charity work and orphan support. They own and run Gandy’s, a multinational brand they built from their flat. When you think you have it tough, read this and get up. 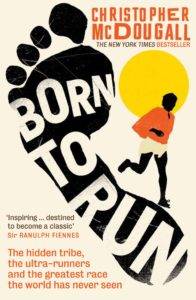 If you’re a runner, you probably already know this one. I’m not recommending it because of the story it tells of the Tarahumara, a Native American people in Mexico who have conquered long distance running- though they are incredibly inspiring. Instead, I’m recommending it because the author himself experiences an extremely tough run and his conclusions about it, as well as how he was received at the finish, brought a tear to my eye. You can do it. Get going, and the triumph at the end will make it all worthwhile. 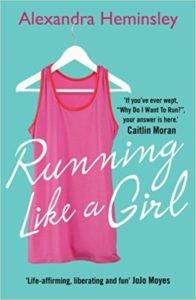 I read this when I was first contemplating a distance run. The distance was 5k, but I’d never managed to run more than 2 and I mostly felt like I was dying when I tried to go further. Heminsley kicked my brain into high gear. Here was a woman I could understand, but she did it, so why can’t I? I still return to ‘Hemmo’ often- she has some great passages about the dogged determination required to run in the dark and the rain. The sacrifice always seemed worth it. Get this one if you’re nervous of a new goal. 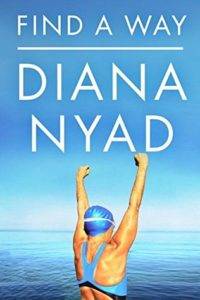 In the 1970s, Nyad was known as one of the best long distance swimmers in the world. She set record after record after record… but kept failing in her efforts to become the first woman to swim between Cuba and the Florida Keys without a shark cage. She failed four times- but succeeded in 2013, after swimming for 53 hours over 110 miles. When she succeeded, she was 64. Nyad’s story is about living life loud, with bravery firmly in hand and regrets firmly behind you. This is the one you need when you fail: it will give you the courage to try again.