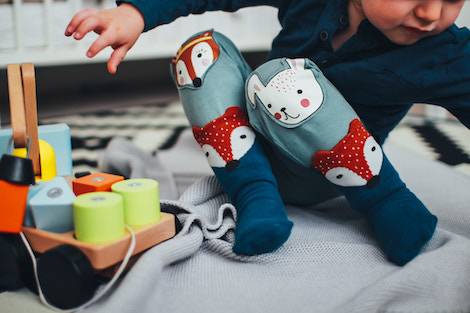 If you’ve visited a public library lately, you might have learned that storytime for kids is no longer your grandma’s storytime. There might have been shaky eggs, scarves, parachutes, singing, dancing, images made of felt shapes, and plenty of noise. These activities may seem completely unrelated to reading and what you might expect from an event that is advertised as “storytime.” However, early literacy experts actually see a lot of value in storytimes that are about more than a librarian sitting at the front of a group with a picture book.

One of the leading names in early literacy and development, Saroj Ghoting, has written several books on the topic and is a familiar to many children’s librarians. When I was first hired as a children’s librarian and realized how inadequately I was prepared to perform storytime, her work appeared again and again as I looked for resources on how to make the most of these half-hour periods. I read and took incredibly detailed notes on her Storytimes for Everyone!: Developing Young Children’s Language & Literacy, which promoted incorporating five early literacy components: phonological awareness, letter knowledge, print conventions/awareness, vocabulary, and background knowledge. While I highly recommend checking out Storytimes for Everyone and Ghoting’s other print publications, you can get a good idea of her philosophies at Saroj Ghoting’s website, which provides dozens of resources, including breakdowns for those five components.

I also had the excellent fortune to train with Dr. Betsy Diamant-Cohen, who leads regular sessions through her Mother Goose on the Loose program for library staff all over the United States. Like Ghoting (and often referring to Ghoting’s research), Diamant-Cohen emphasizes a storytime that incorporates elements beyond books, with particular attention to music and nursery rhymes. Her all-day training really improved my ability to host storytime and increased my confidence significantly. 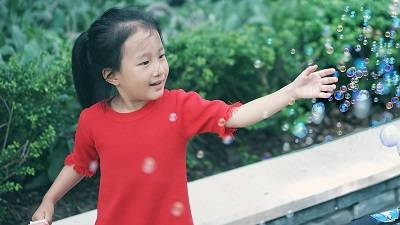 So what does this all have to do with books and reading?

Phonological awareness is essentially the ability to recognize sounds in words. While we can develop this ability with books, we can also do it with things like music. When we sing a song, each syllable is often assigned a different note or emphasis. In speaking or simply reading the words of a picture book, the differences in syllables are not as emphasized and therefore harder to distinguish, so the act of singing actually helps to increase phonological awareness. If you can get the kids to clap each syllable (or shake their shaky eggs, or wave their scarves), that’s even better. So while the song-to-book ratio may seem excessive in your average storytime (I usually do about six to eight songs and two picture books), remember that those songs are contributing to the ability to recognize the parts of a word and thus, the eventual ability to read.

Time in the car is perfect for developing phonological awareness. Sing along to the radio (even if you can’t sing—kids really don’t care, trust me) and play simple games that feature rhymes (“Can you tell me a word that rhymes with ‘dog’?”) and alliteration (“The word ‘dinosaur’ starts with the letter d. What’s another word that starts with that letter?”)

The ability to recognize letters or, “letter knowledge,” is a huge part of literacy. To encourage letter knowledge, a storytime facilitator might ask about shapes in the illustrations of a picture book or play the old favorite game of “one of these things is not like the others” with pictures on the felt board. Perceiving differences in objects (and animals are great for this because kids are often already inclined toward an interest in animals) leads to the capability to distinguish between letters, like noting that the line on the left side of a roundish shape indicates the letter p whereas the round shape without the line would be an o. Music and rhymes contribute here, too—“jumping your jiggles out” isn’t just a way to spend some energy and get the kids to focus: learning is happening here with the magic of alliteration.

Kids love to prove adults wrong. One of the easiest ways to engage them this way is to incorrectly identify an object with an opening for them to correct you. I love saying, “I love the purple cat on your shirt!” knowing full well it’s an orange dog. They’ll often pick up on your “mistake” and correct you with glee.

Understanding that print has meaning is what is known as print conventions and awareness. Doing crafts during storytime can be a great and unexpected way to practice this early literacy component. Even the youngest of kids who can grasp a crayon are well on their way to learning their letters and those nonsense scribbles toddlers produce in their craft time artwork can be early attempts at writing and practicing writing. Reinforcing an impulse to write through activities which feature written words or attempts at written words naturally encourages the building of print conventions and awareness.

One of the words that has the most meaning to kids is their own name. Have them start practicing the writing of it early, even in what looks like scribbles. Move on to family and pets. And when you’re out and about, make a point of reading the words on signs out loud while showing them the signs. “See that red sign on the side of the road? That says ‘stop.’ When we see it, it means we must stop the car at that location.” They’ll learn quickly that the shapes that seem random and meaningless are actually symbols with meaning: letters. Reading out loud does the same work, too, and it’s fun!

Many librarians will select a theme for storytime. You might see this as just something cute to do, but it also does the great work of increasing vocabulary. By working around a theme, librarians are able to use repetition to bring new vocabulary to their audience. I don’t always do a themed storytime, but when I do, it often allows me to use the same, new-to-the-kids words a handful of times within the half-hour of storytime. For example, a storytime centered around butterflies brings in unusual words like cocoon, transformation, chrysalis, and antennae. All of these words might not stick the first time around, but an introduction to them at all puts the kids ahead of the game.

Avoid simplifying your language. Children’s vocabularies expand at an unbelievably rapid rate (William O’Grady, a linguistics professor at the University of Hawai’i,  reports children pick up about ten new words every day between the ages of two and six!), and the more words you expose them to, the larger their vocabulary will be. Books are often great sources for unusual words, because the words we write stories with are not the same kinds of words we typically use in conversations, so be sure to read to them plenty, too! Looking for some fun books to read? Check out these awesome selections for bookish parents.

Most of the time, I have no idea what kind of information my audience already has about a subject before we read a story about it. It’s useful, then, to ask lots of questions as I read to the kids. When storytime facilitators point to pictures in their storytime books and ask what kind of animal “this” is, they’re not only finding out what their audience already knows, but building the knowledge of kids in the audience who don’t already have that information. Meanwhile, things like nursery rhymes and songs can help build connections and a store of references kids are likely to see in the future.

Talk and ask questions! It’s as easy as that. As you’re going through the grocery store, for example, comment on what you’re doing. “It’s fall, so apples are in season. I think we’ll get four apples today. And let’s not forget to pick up the milk on the way out. Did you know milk comes from cows?” Narrating all of this may feel silly, but it’s a great way for little ones to pick up new information which will later help with reading comprehension.

The Moral of the Story Is…

Storytime has changed a lot over the years, and while its primary focus may be on reading and early literacy, there’s so much more to gain (socialization with other children being one of the biggest things my parents typically comment on). But much of what seems unrelated to books probably contributes to early literacy development and a love of reading more than you realize. Next time you’re at storytime wondering why the librarian is singing yet another song instead of fitting in another Eric Carle favorite, remember—she or he is doing the important work to build the kids’ literacy. And there’s lots you can do outside of the library to help, too—the more we work with kids to develop their early literacy, the easier reading will be for them in the future and the more fun it will be. And that is how we make readers.

To get more ideas on early literacy development, check out this article on Storytime Underground and definitely visit the endlessly helpful Jbrary.