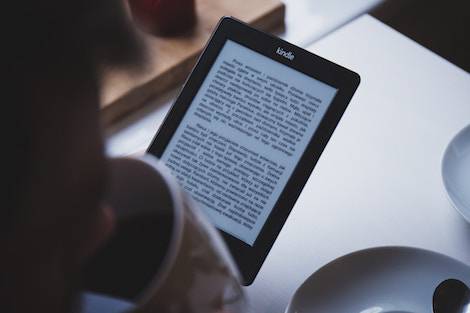 Time flies. Can you believe we’re celebrating the Kindle 10th Anniversary? That’s right. It’s been a decade since Amazon unveiled its e-ink reading device, a move that helped make ebooks ubiquitous and more accessible than ever before.

But ten years is a long time and a lot can happen. To celebrate the Kindle’s 10th birthday, here’s a list of major book publishing events from the last decade to remind you where we’ve been and how far we’ve come.

Not to be outdone by Amazon’s e-reading device, other companies joined the e-reader fray. In 2009, Barnes and Noble released the Nook and in the following year, the Kobo hit the market. Does anyone else remember these dedicated e-reader wars? The sites detailing the features of each, complete with elaborate comparison charts? Trading devices with avid reader friends to discern whether the grass really was greener? I can’t be the only one.

During the same period, however, Apple released the iPad. The iPad, and other tablets like it, freed us. They were more portable than laptops! Basic productivity tasks like internet browsing, composing email, and drafting papers could be done on tablets, making them perfect for travelers and other people on the go. What does this have to do with books? The iPad introduced the other side of digital reading: the multi-purpose device. For some readers, the thought of juggling a tablet and an e-reader was annoying. (Guilty.) Enter reading apps. The Kindle app allowed readers to access their books on multiple devices: tablets, phones, computers. Even more powerful, it synced between your devices—including your Kindle e-reader—letting readers pick up where they left off, no matter what device they used to read their book.

3. The United States vs Apple Lawsuit

We can’t talk about Amazon and the Kindle without touching on the Apple anti-trust lawsuit. One of the things Amazon has become known for is the way it sets low prices for various goods. To no one’s surprise, this included ebooks. Not everyone was very happy with this development, however. In 2012, a filed suit alleged that Apple conspired with five publishers to raise the price of ebooks. The court eventually found Apple guilty of the allegations. To this day, readers may still be enjoying the effects of that ruling: in the form of Amazon credit. In fact, I received some credit just a couple months ago.

4. The Closing of Borders

We may be enjoying a renaissance in the form of more prominent independent bookstores but for a while there was some concern. As someone who used to haunt a Crown Bookstore as a child, I was devastated when it closed. When other retailers like B.Dalton and Waldenbooks got folded into larger companies, we witnessed a trend toward brick and mortar bookstore consolidation. The closing of Borders in 2011 sent shockwaves through the book publishing community. At the time, the loss of Borders meant the only major brick and mortar bookstore chain left was Barnes and Noble.

5. The Penguin and Random House Merger

As Amazon rose in prominence, some publishers opted for more consolidation. Penguin and Random house merged in 2013. While such mergers don’t affect readers directly, we do experience trickle down effects. The consolidation of two major trade publishing companies means the shuffling of staff—such as editors—and evolution of imprints. In turn, these changes can affect our favorite authors, ranging from lack of publicity to beloved series ending abruptly.

6. The Launch of Amazon Publishing

A couple years after the launch of the Kindle, Amazon launched its publishing arm. A major e-tailer who delivers to your doorstep and makes buying books easy and publishes its own books? While I understand why more established publishers would find this combination threatening, more publishers mean more options for readers. Who doesn’t want more reading choices? And just imagine: in two years, we’ll be celebrating Amazon Publishing’s 10th birthday the same way we’re celebrating the Kindle 10th Anniversary now.

7. The Rise of Self-Publishing

For a very long time, self-publishing was a dirty word. Exorbitant prices paired with limited reach made it a non-starter for many writers, as well as gave it poor reader discovery. Ebooks changed that. Not was easier for writers to sell their self-published works, readers were exposed to new genres and trends. Remember dinosaur erotica? What about new adult? An entire new category gained popularity thanks to digital. Readers could even read different story lengths, such as novellas (a form near and dear to my heart) and short stories. After all, we can’t forget Chuck Tingle, can we?

8. The Evolution of the New York Times Bestseller List

Most readers have heard of the NYT Bestseller List. We see it referenced on book covers. We’ve even seen people try to manipulate it. Over the years, the list has added categories. In 2011, it began tracking ebook bestsellers in fiction and nonfiction. In 2012, the children’s chapter book list was split into middle grade and young adult. Alas, the list also removes categories. Five years later, the newspaper removed the middle grade and young adult lists. They also removed the graphic novel and manga lists. Harder to become a NYT bestseller, yes, but also harder for readers to discover new, important works as well.

9. The 50 Shades of Grey Phenomenon 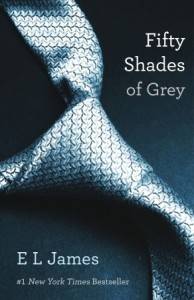 Yes, 50 Shades of Grey started discussions about consent, fictional portrayals of BDSM, and womens’ sexuality, but it also raised some other questions. E.L. James’ trilogy started its life as a Twilight fanfic. We’re familiar with authors who cut their writing teeth with fanfiction; Cassandra Clare and Marjorie Liu are two such examples. 50 Shades of Grey introduced the idea of pulling fanfiction from the internet and transforming it into original fanfiction, better known as Pull-to-Publish. Readers at the time grappled with the ramifications. Is it all right to publish fanfiction as original fiction if a writer files off the serial numbers? Isn’t fanfiction supposed to be free and not for sale? No conclusions were ever reached, but we did see many books follow in the steps of 50 Shades and use the Pull-to-Publish model.

We can’t commemorate the Kindle 10th Anniversary without touching on that reader bane: DRM. To combat piracy, most ebooks are locked with DRM. Unfortunately, this introduces some problems. If a reader switches from one e-reader to a different type, she may not be able to transfer her books. That served as a point of contention. If a person buys an ebook, shouldn’t they be able to do with it what they wish? Why can’t they convert it to a different format? Why can’t they give it to a friend? Science fiction and fantasy publisher Tor responded to these reader concerns by releasing their books DRM-free. We’ve yet to see if this tactic will remain an anomaly or if other publishers will eventually follow suit.

Do you remember these events? What did you think about them at the time? What other book publishing milestones do you recall from the last decade?