Do you find yourself committed to certain authors? When you read a book by an author you adore, do you go out and buy everything they’ve ever written and read it all? Or do you read around a lot? Do you have authors you adore but you may not get around to reading their entire oeuvre? What are your reading habits?

If you are the latter, then you are just like me. My husband is in the prior camp. His shelves are lined with all the works of Neil Gaiman, Raymond Chandler, Studs Terkel, and more. He’s read many of these books more than once. 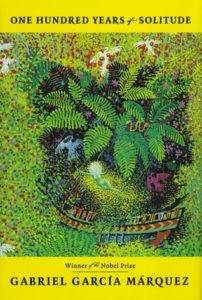 In contrast, my bookcases have a lot of books by authors I’ve adore but many remain unread. (Working on it!) For my favorite writers, I’ve only read about two or three of their works. Gabriel Garcia Marquez’s One Hundred Years of Solitude changed my life when I read it in high school, but I’ve read only a few more books of his. Salman Rushdie’s Midnight’s Children deserved two Booker awards but I’m not going to run out to pick up his more recent works. Margaret Atwood is climbing up in the ranks with four books read, but I’m not running off to read everything she’s done.

Murder mysteries and fantasy remain notable exceptions. I’ve read most if not all of Dorothy Sayer’s Lord Peter Whimsy books. And all of J.K. Rowling’s Harry Potter books, including the textbooks. However, I see all of those books as part of a single narrative or a part of the same world.

As for the rest of my favorite authors, there are two thoughts going through my head. First is that I want to read as many books as possible. I want to widen my net and see how many amazing authors I can read in a given year. This is true for why I rarely reread a book. Atwood is great but who knows what’s on the next horizon? I’m particularly fond of finding the hidden gems, the authors who are unknown and surprise me. Maybe that’s the hipster in me. 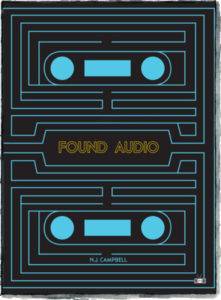 Recently I read this little book called Found Audio by N.J. Campbell that really gripped me. The book is layered around transcribed found tapes surrounding the work of a journalist. This attitude about books is also found in my preference with food. Tapas or sushi are my favorite types of meals. I like a lot of tastes in small bites over eating an entire steak.

The second is that not all works by esteemed authors are worth reading. As much as I loved Marquez’s One Hundred Years of Solitude, I put down his autobiography Living to Tell the Tale since it was so dense and lacking the magic of his novels. It reminded me of what a professor posited in college: sometimes authors write to obfuscate the truth.

Salman Rushdie is another example. I recently had the chance to hear him read sections The Enchantress of Florence of accompanied by a string ensemble and it was awful. I was shocked at his overt misogyny in the characters; all the women were prostitutes or slaves. His recent novel Golden House received the following comment from the NYTimes: “Increasingly, however, Rushdie has left cool English so far behind that his fiction has grown bombastic and close to unreadable.”

However, I do miss out in that there are scores of good books by my favorite authors that remain unread. Not to say that I won’t get to them, it’s just unlikely that I’ll read them all. We only have so much time in this world, and only so many book that we can read. I also rarely return to a book for a second read. Yes, I know that you get something new out of a book every time you read it. I lose out on that. But that’s okay.

I’m going to keep reading a little bit of everything. Occasionally, I’ll read something new from one of my favorite authors, maybe even reread something. But I’ll keep on snacking on my little appetizers.