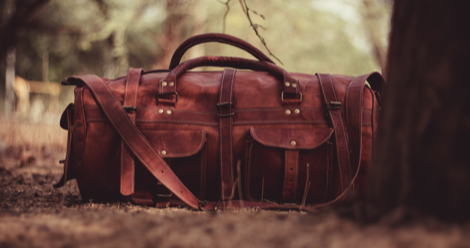 At any given moment, there are a few books in my car. A couple of baby books are always in the backseat for my son to choose from while we ride around, a stack of library books that need to be returned float around somewhere, and the book I want to bring with me but doesn’t fit in my purse could be in there too. One weekend, though, there were, like, a couple hundred books back there. I was moving.

I’ve moved about five times in the past five years, and each time I struggle with a way to move with my books. There are some posts online, including one from Book Riot, on different methods of moving with books, but none of them seemed doable for me because I’ve been broke as hell. The idea of buying boxes or bags, labeling them, and putting them on a truck was just not going to happen.

The main strategy to move books I’ve used over the years is filling plastic grocery bags. That has worked because they are easy to hold, and they could hold four or five books in them without ripping. I would just grab them as if I was carrying groceries and that was that. As long as the bags didn’t have any holes in them, they could be saved and still used for garbage. It didn’t cost any money, it didn’t require any help from movers, and everything was reusable or at least recyclable.

This past summer, I had an emergency moving situation because my old apartment had bedbugs. I couldn’t just pack everything up and unload at a new place. I had to bake everything to kill any bugs or eggs. Luckily, it was the middle of summer, so the inside of my car got to 120 degrees in just a few minutes if the car was in the sun. I didn’t have much help, I had a toddler following me around, and I also didn’t have another apartment to go to right away. The plastic bag idea wasn’t going to work.

Instead, I took the books downstairs in tall stacks using both hands. I carried as many as I could in each trip and dropped them into the trunk of my car. It was a lot of back and forth, and if I didn’t have a car I wouldn’t have been able to do it, but eventually my trunk and inside of my car was full of books.

After letting them sit in the car all day, I carried them all into my father’s front porch, where I was holding my stuff in between moving. By the time I finally found another place, I repeated the same thing—carrying stacks out to the car, filling it up, and driving to the new place.

The property manager at my new apartment saw that I was struggling to carry the books inside (the plastic bags could have been helpful then, but I’d already gone without them), so she let me use a handtruck. When my son saw me pushing that with books, he moved me out of the way to push it himself. It was cute and also free.

Moving sucks no matter what. One thing I’ve learned from moving so many times: you have to work with what you have.