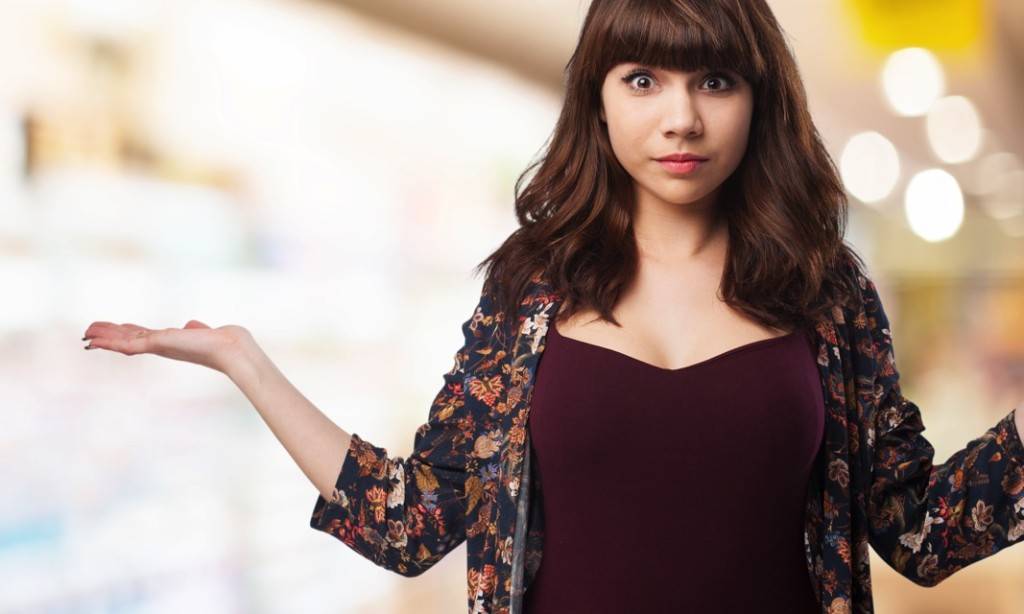 For writers and readers alike, it’s sometimes hard to tell the difference between fiction and nonfiction. In general, fiction refers to plot, settings, and characters created from the imagination, while nonfiction refers to factual stories focused on actual events and people. However, the difference between these two genres is sometimes blurred, as the two often intersect. 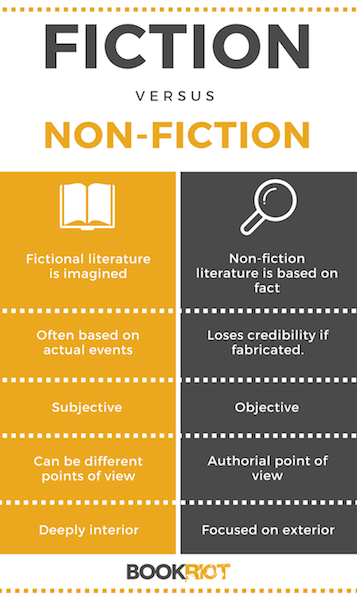 Before we go any further, it’s important to note that both fiction and nonfiction can be utilized in any medium (film, television, plays, etc.). Here, we’re focusing on the difference between fiction and nonfiction in literature in particular. Let’s look closer at each of these two categories and examine what sets them apart.

When it comes to the differences between fiction and nonfiction, Joseph Salvatore, Associate Professor of Writing & Literature at The New School in New York City, says,

“I teach a course on the craft, theory, and practice of fiction writing, and in it, we discuss this topic all the time. Although all of the ideas and theories…are disputed and challenged by writers and critics alike (not only as to what fiction is but as to what it is in relation to other genres, e.g., creative nonfiction), I’d say there are some basic components of fiction.”

Fiction is fabricated and based on the author’s imagination. Short stories, novels, myths, legends, and fairy tales are all considered fiction. While settings, plot points, and characters in fiction are sometimes based on real-life events or people, writers use such things as jumping off points for their stories.

For instance, Stephen King sets many of his stories and novels in the fictional town of Derry, Maine. While Derry is not a real place, it is based on King’s actual hometown of Bangor. King has even created an entire topography for Derry that resembles the actual topography of Bangor.

Additionally, science fiction and fantasy books placed in imaginary worlds often take inspiration from the real world. A recent example of this is N.K. Jemisin’s The Broken Earth trilogy, in which she uses actual science and geological research to make her world believable.

Fiction often uses specific narrative techniques to heighten its impact. Salvatore says that some examples of these components are:

“The use of rich, evocative sensory detail; the different pacing tempos of dramatic and non-dramatic events; the juxtaposition of summarized narrative and dramatized scenes; the temporary delay and withholding of story information, to heighten suspense and complicate plot; the use of different points of view to narrate, including stark objective effacement and deep subjective interiority; and the stylized use of language to narrate events and render human consciousness.”

Nonfiction, by contrast, is factual and reports on true events. Histories, biographies, journalism, and essays are all considered nonfiction. Usually, nonfiction has a higher standard to uphold than fiction. A few smatterings of fact in a work of fiction does not make it true, while a few fabrications in a nonfiction work can force that story to lose all credibility.

An example is when James Frey, author of A Million Little Pieces, was kicked out of Oprah’s Book Club in 2006 when it came to light that he had fabricated most of his memoir.

However, nonfiction often uses many of the techniques of fiction to make it more appealing. In Cold Blood is widely regarded as one of the best works of nonfiction to significantly blur the line between fiction and nonfiction, since Capote’s descriptions and detailing of events are so rich and evocative. However, this has led to questions about the veracity of his account.

“The so-called New Journalists, of Thompson’s and Wolfe’s and Didion’s day, used the same techniques [as fiction writers],” Salvatore says. “And certainly the resurgence of the so-called true-crime documentaries, both on TV and radio, use similar techniques.”

This has given rise to a new trend called creative nonfiction, which uses the techniques of fiction to report on true events. In his article “What Is Creative Nonfiction?” Lee Gutkind, the creator of Creative Nonfiction magazine, says the term:

“Refers to the use of literary craft, the techniques ﬁction writers, playwrights, and poets employ to present nonﬁction—factually accurate prose about real people and events—in a compelling, vivid, dramatic manner. The goal is to make nonﬁction stories read like ﬁction so that your readers are as enthralled by fact as they are by fantasy.”

Although it’s sometimes hard to tell the difference between fiction and nonfiction, especially in the hands of a skilled author, just remember this: If it reports the truth, it’s nonfiction. If it stretches the truth, it’s fiction.

Between fiction and nonfiction, which is your favorite, and why?