Initiating awareness and conversations about mental health is a crucial need in these times of great psychological distress. The first week of October is recognized as Mental Health Awareness Week, while in November we recognize International Survivors of Suicide Loss Day. So I have compiled a list of five recent UK books which accurately portray characters coping with various mental illness and mental health issues and suicide loss. 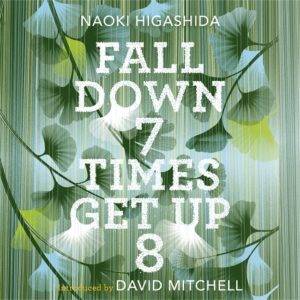 Fall Down 7 Times Get Up 8: A Young Man’s Voice from the Silence of Autism by Naoki Higashida, translated David Mitchell and KA Yoshida

From the writer of the bestselling The Reason I Jump: The Inner Voice of a Thirteen-Year-Old Boy with Autism comes another fascinating memoir about his experience with a neuro-atypical condition. Higashida has severe, largely non-verbal autism. From the vantage point of  a young adult he gives us profound insights into “the immutable beauties of autism.” Translated by acclaimed novelist David Mitchell and his wife Keiko Yoshida, who have an autistic son, this book is an illuminating read. Higashida writes about various aspects of autism and the challenges that neuro-atypical people face with empathy. In writing that is witty and lyrical, this book is a guide to anyone looking to understand ASD and living with an atypical condition. 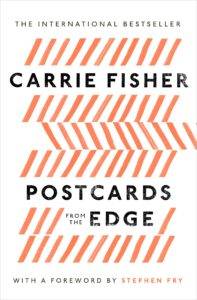 Postcards From the Edge by Carrie Fisher

Simon & Schuster UK reissued a new edition of this cult classic with introduction by Stephen Fry. The story is about Suzanna Vale, an actress in L.A who is struggling with drug addiction and a plummeting career. Now at a treatment facility for her addiction, Suzanne narrates her eccentric and sometimes hilarious experiences at the facility. This wickedly humorous book takes an insightful look at Hollywood’s vacuousness and the horrors of addiction. It is pretty clear that Carrie took liberally from her own challenges with mental illness and drug abuse to write this entertaining fictional tale. This story has her signature brand of sharp wit and candor and is a reminder of the firecracker that was Carrie Fisher. 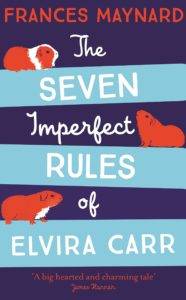 The Seven Imperfect Rules of Elvira Carr by Frances Maynard

Fans of The Curious Incident of the Dog in the Night-Time and The Rosie Project will love this endearing book. Elvira Carr is twenty-seven and neuro-atypical. She spends most of her time with her overprotective mother and has little to no social life. But when her mother has a stroke, Ellie is suddenly forced to look after herself. Until now, Ellie has lived her life according to a rigid set of schedules and guidelines that she has laid for herself. But now she has to experience the real world as she occasionally stumbles but carves out a path for herself. Ellie’s character is written with such genuine affection that you can’t help but root for her. Heartwarming with a mystery at its center, this book is about people who do not fit in an imperfect world. Together with Fall Down 7 Times, the two books shed valuable insight into the experiences of people with autism spectrum disorder. 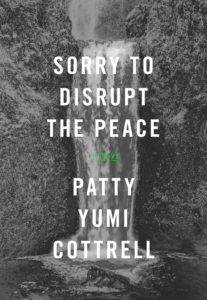 Sorry to Disrupt the Peace by Patty Yumi

According to the internet, there are six possible reasons why her brother might have killed himself. But Helen knows better: she knows that six reasons is only shorthand for the abyss. Helen is thirty-two years old, single and partially employed as a guardian of troubled young people in Manhattan. She also has what might be bipolar disorder and it is her unique perspective through which she probes the reason behind her brother’s suicide. Her investigation takes her back to her childhood home in Milwaukee where she gets back in touch with her estranged adoptive parents. Helen and her brother are Asian Americans and Helen relates their experiences of growing up maladjusted in a white suburb with sardonic wit. While this is essentially a quirky detective story about an inexplicable death, Helen’s character tends to get a bit self-involved which I found a bit annoying but the narrative still makes pertinent points about suicide and mental illness.  Cottrell infuses her narrative with enough dark humor and empathy for it to stand out. 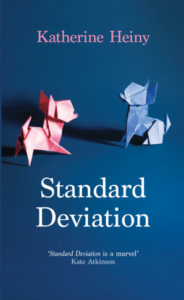 This relatable and eccentric novel about fidelity, family dynamics and modern life is a cracking read. Graham and Audra are a typical New York couple with a busy social life. While Graham is a self-possessed 56-year old venture capitalist, Audra is a vivacious freelance graphic designer, 15 years his junior. An unexpected run-in with his humorless ex-wife provokes Graham to question this marriage of opposites. While Audra and Graham’s marriage is plunged into a state of crisis, their pressing concern is their 10 year old son, who has Asperger’s and an obsession with origami. This story about a quirky family is by turns amusing, hilarious and tragic. It is a vivid portrait of life with its day to day challenges, written with quick wit and engaging humor.

Keep reading on with all of our posts about mental health here.