As fall hits full-swing and winter approaches, there are just three things I like to do: 1) stay inside, 2) cook, and 3) read. Fortunately, cooking manga helps me do all three.

What is cooking manga?

If you’ve never read a cooking manga, you’re in for a treat (ba-dum-tss!). Cooking manga are these weird/awesome genre-bending stories that are like cookbooks surrounded by action, adventure, romance, and drama.

They can teach you more than you’ve ever wanted to know about tomatoes, how a childhood recipe can help you find love and acceptance, or what it takes to be a gourmand. And, since they usually do contain actual recipes, they’re a fun way to expand your cooking repertoire. So grab your pumpkin spice latte and a cozy blanket, Rioters; let’s look at some cooking manga. 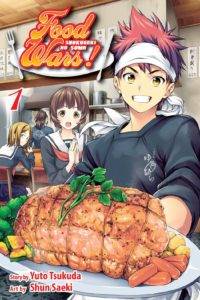 If you could describe Food Wars! in just one word, it would be this: delightful. This shounen manga centers on Soma Yukihira, a creative young chef who’s been working in his family diner since he was old enough to hold a knife. One day, his father decides to leave him to cook around the world, and sends him off to Totsuki Culinary Academy, the finest cooking academy in Japan (or perhaps, the world?). One of the most unique features about Totsuki is that it encourages its students to battle each other for supremacy in shokugeki (food battles). The competitors will present their finest dishes and judges will see who’s the best chef of the two. The loser might just end up expelled. What makes Food Wars! so delightful is how much fun the author has with the stories, characters, and recipes. Everyone is incredibly weird and people’s ecchi-like reactions to the food never fail to make me laugh.

Verdict: Buy. Food Wars! is a unique manga in that it pairs traditional shounen tropes with ecchi and a serious love of cooking. It catches people unaware with how funny and creative it, and it’s incredibly addictive. I’ve read its 200+ chapters three or four times, and I’m still not bored. Definitely something you want on your shelf. 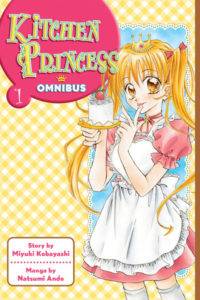 This shoujo manga follows Najika Kazami, a young girl who is searching for her “flan prince,” a boy who rescued her from drowning and gave her some flan and a special spoon years ago. Najika is also an excellent chef and caring young woman who doesn’t back down from a challenge. She enters Seika Academy in Tokyo, which has the same crest as her spoon, and attempts to win over rivals, make unparalleled treats, and find love.

Verdict: Borrow. This is a cute manga with some really good recipes in it, but it’s also very melodramatic and doesn’t always make a lot of sense. It’s good for a quick read, especially if you’re feeling stressed, but it doesn’t hold up to repeat readings or close scrutiny. 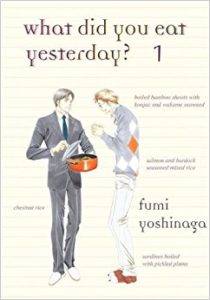 3. What Did You Eat Yesterday?: Kino Nani Tabeta? by Fumi Yoshinaga

This seinen manga revolves around Shiro and Kenji, a middle-aged gay couple that recently decided to settle down and live together. Shiro is a frugal, somewhat dour lawyer who prepares lovingly crafted meals for his more flamboyant boyfriend, the hairdresser Kenji. Most of the comic is recipes, but there are moments of true emotion between the two and their family and friends.

Verdict: Borrow/Bypass. While some may enjoy the simplicity of this comic and Ms. Yoshinaga’s crisp, lovely artwork, many will find it downright boring. As stated above, the vast majority of the comic is just a few recipes, and, at least until the later volumes, you learn almost nothing about the characters and their lives. It’s not a series you need in your life, but if you want a touching look into a same-sex couple’s life and some really tasty-sounding recipes, this is worth at least a read.

So what do you think, Rioters? Interested in a tasty cooking manga read? Craving some culinary comics? If these titles left you hungry for more, comment below! Or, check out our 50 must-read manga list (both new releases and classics) to get more of what you love!