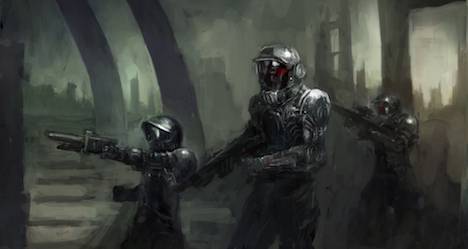 You might not know this about me unless you regularly listen to my random yelling on Twitter, but I’m a massive fan of the game Destiny, and Destiny 2 released last month. Destiny is a first person shooter…with space magic. So you can not only shoot things, you can use the “Light” (it’s totally magic) as a temporary elemental weapon to cause even more carnage. My life has been consumed. All this shiny mayhem under the guise of protecting the Earth, and this time we actually get a coherent plot that made me have feelings.

But for a lot of us Destiny fans, there’s a sad lack in the universe, and I’m not just talking about missing 6v6 crucible matches. There’s a cool far-future, magical world with some really awesome characters out there and…no tie-in fiction. Considering the massive success of, for example, Halo tie-in fiction, this feels like a real oversight. (And I promise, I’m not just saying this because all I want in my life is to write some Destiny tie-ins.)

But since we can’t currently get our space magic in written form from Destiny, I’ve come up with a list of other books that have that space magical feel. We need something to tide us over until the nebulous some day when we get our tie-ins. 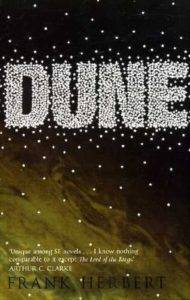 The great grandaddy of modern space magic novels. Because let’s be honest, a drug that’s created by a giant worm throwing up giving someone access to infinite past lives and a view of the future? That’s pretty magical.

From a Certain Point of View by Various

If Dune is the great grandaddy of modern space magic, Star Wars is the grandaddy. It gave us iconic gestures like the Force Choke, and was unapologetically magical until the midichlorian figleaf was attempted and then mercifully abandoned. From a Certain Point of View is a collection of short stories about minor and side characters in the Star Wars universe, with an exciting list of writers and a lot of different viewpoints. 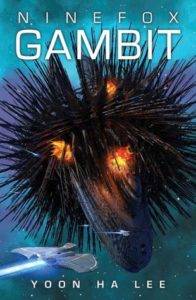 Binti and Binti: Home and Binti: The Night Masquerade by Nnedi Okorafor

Another one where it’s not really magic, it’s math. But any sufficiently advanced technology is indistinguishable from magic anyway, right? And Binti is a delightful character on a journey of danger and self-discovery. Also, the Night Masquerade itself (look, just read Binti: Home) is mysterious and I can’t wait to find out more about it.

I’ve heard this called Star Wars meets Game of Thrones, which is really all you need to know on the space magic front. The art for this graphic novel series is gorgeous, too.

Look, if you’re going to power your faster-than-light planetary communications network with handwavium crystals you cut partially by singing to them, let’s just admit it’s magic.