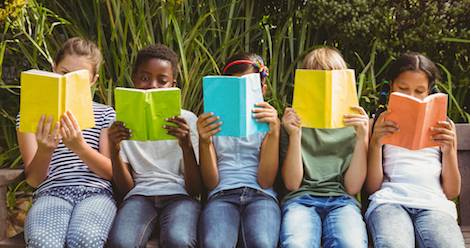 Certain moments infiltrate my thoughts on a regular basis. And although large issues do have their spot in my brain, most of the time these thoughts appear as small sentences. Scenes. Details.

Many of them are from the Young Adult and children’s books I’ve read in elementary and middle school.

The moments I remember often reflect the impact, honesty, and relatability of the books they come from. Here are my own favorite scenes that I have brought from my childhood books into my daily, adult-ish life.

4. The Taneisha Test—I Am the New Black, Tracy Morgan

“…I tested Taneisha. How could I not?…Early in our relationship, I would take Taneisha to functions and put her in the room with some…folks way more high-profile, way more rich, and way further up the food chain than me. I’d make the rounds and keep an eye on her to see what she’d do. The girl never got distracted. She kept her eyes on me and never wavered. That’s when I knew it was good: when I’d look in her eyes and see no one else but me.”

Putting Tracy Morgan’s autobiography on the list is kind of cheating, because it’s not really a YA novel, and it is definitely not a children’s book. But despite the fact that I shouldn’t have been reading this in middle school, I still did, and Morgan’s (often incredibly shocking) life does follow me to this day. So it stays.

One of Morgan’s milder scenes was his Taneisha Test, where he put his girlfriend in a room full of rich, high-class people, and she never cast anyone else a look. I didn’t feel particularly moved while I was reading the paragraph itself, but years later, the story hit me like a train. In high school, I always wondered if a person I was talking to truly enjoyed being with me. If we were in a room with flashier, more interesting people, would they still maintain eye contact with me? Was I just the best option available at the time? 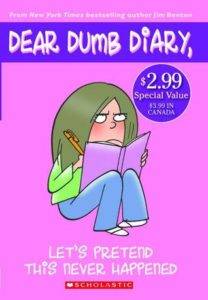 “He says to Angeline: ‘Wow, is that your Lip Smacker I smell? ChocoMint? It’s great.’ Angeline stops just for a second and LOOKS RIGHT AT ISABELLA AND ME. Then she says to Hudson, ‘Yeah, it is.’

…Here’s the thing: Isabella is the ONLY girl in the entire school who uses ChocoMint Lip Smacker. It’s the grossest flavor ever made, but she needed her very own unique Lip Smacker flavor, and so she settled on the one nobody else likes.”

I love Dear Dumb Diary, and I love this scene. So many middle schoolers  try to find a certain phrase, gesture, or object and claim it as theirs. Jim Benton beautifully packaged this “mine” sort of attitude into a lip balm flavor, and then he inflated its importance to reflect the types of details middle school students fixate on. His mention of the specific brand Lip Smacker—which was the brand I always used in elementary school—was also particularly exciting. The guy did his research, and it shows.

2. The Commercial Song—Ramona and Her Father, Beverly Cleary

“Singing a song about hamburgers would not be hard to do. She could do it herself. Maybe she could earn a million dollars like that boy so her father would be fun again, and everyone at school would watch her on television and say, ‘There’s Ramona Quimby. She goes to our school.’

…Ramona began to practice. Maybe someone would see her and offer a million dollars to make a television commercial.”

I am still baffled as to how Beverly Cleary clinched this so perfectly. I think this was the very first time I read a book and felt absolutely shaken from the way an author described me perfectly in a different character. Whenever I watched commercials, I played through this thought process nearly word-for-word. I sang advertisement jingles everywhere I went, hoping someone would see me and make me a star. Children often don’t know the journey it takes to achieve their fantasies, so they imagine the opportunity presenting themselves in chance events. Beverly Cleary’s genius is recreating these wild fantasies in small moments such as this, which parrot the wonder and imagination of a child’s dreams. 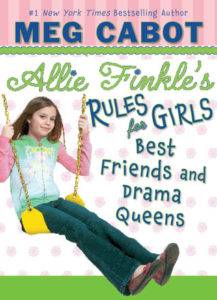 “‘…We did Dance Party America, and staircase surfing, and made microwave brownie soup and a cake and played bicycle light hide-and-seek and told ghost stories and—’

Cheyenne started laughing. Really. She threw back her bunny-earmuffed head and laughed.

‘You guys are such big babies!’ she cried. ‘That’s the kind of stuff we did at sleepovers back in grade three. Right, M and D?’

M and D…both nodded and laughed. I didn’t actually know them in the third grade—what people from Canada called grade three—but I was pretty sure they’d never had microwave brownie soup before. That’s an invention only my Uncle Jay has come up with. So M and D were pretty much liars as far as I was concerned. As was Cheyenne.”

I am not sure I can quite describe the level of idol worship I had for Meg Cabot after reading this paragraph. Everything about this quintessentially describes the mind of a fourth grader. Allie is simultaneously depicted as wholesome and clever while also prioritizing small details an adult might be able to ignore. With “microwave brownie soup”, Cabot captures the fascination kids have for normal concepts that are twisted into a new function (think running up the down escalator, or flipping water bottles and trying to get them to land upright). And through Allie’s indignation at the thought of Cheyenne eating something that was supposed to be her uncle’s secret recipe, Cabot reveals kids’ tendencies to hold a beloved family member’s words as absolute law, prioritize details over big-picture ideas, and misunderstand the nuance between truth and lies.

Perfection. Everything about it.

So what are your biggest childhood literary memories? What details still strike you to the core? What do you remember years after putting down a story? Let me know!