Paddington Bear: intrepid immigrant, style icon, subject of a new movie being released this November; and teacher of important truths. A newcomer to 1950 and 1960s Britain, Paddington had a lot to learn about that society. But the mistakes he made were not wasted. Not only have they left us with adorable and funny tales, but we too can learn from these essential life lessons. Here are twenty mistakes Paddington made so we don’t have to.

From A Bear Called Paddington

– If you find yourself too short to reach the table you are eating at, it may be tempting to sit on the table. It is best to take care that upon standing you don’t slip on the jam from your cream bun or stand in your scalding-hot tea. 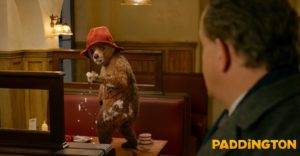 – If you do find yourself covered in cream and jam, have a wash before getting into a taxi-cab to avoid causing upset. On the way to having that wash, try to avoid touching anyone else.

– Keeping your hat on in the bath may help to enable you to bail out the water if you find yourself at risk of drowning. However, there may be less messy and more convenient ways to avoid drowning.

– If all the lights appear to have gone out, check first that the hood of your coat hasn’t simply fallen over your eyes.

– Occasionally people have discovered old masterpieces hidden under the paint of new works on the same canvas. This doesn’t make it a good idea to scrub the paint off any painting to see if anything’s hidden underneath.

From More About Paddington

– Suspending the paint can on a rope whilst painting a ceiling is quite likely to end with paint all over the floor. And probably all over you.

– When putting up wallpaper, it’s helpful not to wallpaper over the door, thus trapping yourself in the room. 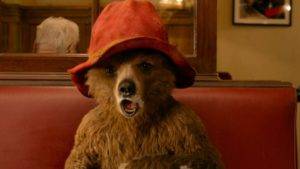 – When making a Guy Fawkes to burn on the 5th of November bonfire, avoid dressing it in that grumpy neighbour’s best suit.

– Hiding under a pile of snow is a really good way to get sick. It’s a less good way to actually hide.

From Paddington Helps Out

– If you get an urge to open the washing machine whilst your clothes are washing, maybe resist that urge. Unless the creation of a soapy flood is what you’re going for.

– Sawing the kitchen table in half whilst practicing carpentry is a bad idea. Trying to stick it together again with marmalade is an even worse idea. 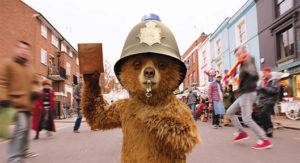 – Fancy restaurants won’t often serve marmalade sandwich and custard. This a tragedy but it is still true.

– When you withdraw money from the bank, they won’t return to you the same note you put in. Banks don’t actually just hold your money in a safe for you. This is unfortunate but may not be seen as good reason to call out multiple emergency services.

– Entering the Tour de France on a tricycle with broken brakes is less fun than it sounds.

From Paddington at Large

– Some plans have potential to end with a running lawnmower dangling from a tree. These are good plans to abandon.

From Paddington Marches On

– If your pipes freeze wait for the plumber. Don’t try to thaw them with a blowtorch.

From Paddington at Work

– There may be things old hair trimmings and a bottle of glue can fix. A bad haircut isn’t one of them.

From Paddington on Top

– Fish fingers aren’t a helpful or welcome addition to any biology dissection class.