It’s a cliché that’s splashed across many readers’ Pinterest boards and Instagram accounts, but it’s true for me: I like big books and I cannot lie.

Honestly, the longer the better. As C.S. Lewis said, you can’t get a cup of tea big enough or a book long enough to suit me.

My obsession with long books (or “doorstops”) started off innocently enough. As a teenager, I devoured 19th-century doorstops exclusively. Bleak House, Jane Eyre, Anna Karenina, Moby Dick: it almost appeared that if your novel didn’t hit the five hundred-page mark, you weren’t allowed to publish.

Ultra long books were my favorite. I enjoyed the time I got to spend with each character and plot line, inevitably ending up with a book hangover (an inability to move on to another book) after spending so much time within a single world.

I thought such long books were a thing of the past, never to be seen again. It seems like our collective attention span is lucky to last long enough for a movie, let alone a five-hundred-page book! There are a few renegades left who still enjoy writing monster novels. And what’s more, their novels feel way too short to me.

So feel free to jump into these contemporary novels that still have a very nineteenth-century length: 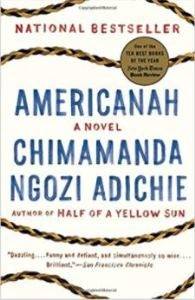 Americanah is the work that made me fall in love with Adichie’s writing. It’s an insightful look at race and identity in both the U.S. and Nigeria—but it’s also a love story between Ifemelu, a vivid, intelligent woman who heads to academic success in America, and Obinze, a quieter, but equally talented man who ends up on a different path after a career in America is closed to him. Much of their stories are told separately, so I kept reading to get to a part where they were together again…with the result that I finished it far too quickly. 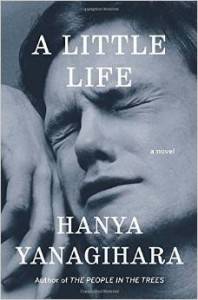 I may be alone on speed-reading through Yanagihara’s work, as I’ve heard a lot of people say that reading A Little Life took them forever just because the material is heart-wrenching. For me, though, I was so invested in learning more about the central character’s past, that I often sat down to read a chapter and ended up reading 100 pages in a gulp. While the narrative focuses on four friends—Jude, Willem, Malcolm, and J.B.—Jude is undeniably the focus, with much of his life kept just obscure enough (Jude the Obscure?) so that I kept reading to learn more. While this might inspire some ugly crying, it never actually felt to me like it was an eight-hundred-plus page book. 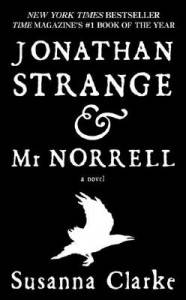 It may have been my partiality for 19th century British literature, but I fell in absolute love with Susanna Clarke’s story of magicians in the early 1800s. Her characterizations of both Strange and Norrell are sharp, humorous, and, well, magical. In spite of the amount of magic within the novel, it didn’t read like fantasy; it read like an account of England during the Napoleonic War—there just happened to be magicians involved. Throw in a creepy villain (I see you, Gentleman with the Thistledown Hair!) and I couldn’t read this brick of a book quickly enough. 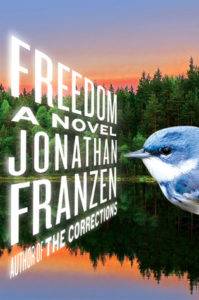 I know. Is there a more annoying author on the face of the earth than the man who deemed himself, many years ago, as too good for Oprah? Probably not. Unfortunately, he’s still a damn good writer. I’d had Freedom on my book shelf for years before I picked it up this past spring and begrudgingly started reading. Patty Berglund at first appears to be your stereotypical housewife suffering an identity crisis, but as Franzen draws out her past, I found myself becoming less skeptical and more curious to see what happened next. I can’t honestly say there’s a single character I liked in the novel, but it still kept me reading for the entirety of it. 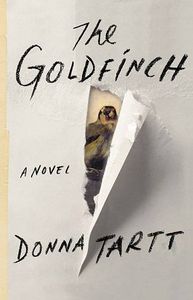 This is another 50/50 shot: I have friends who complained about the length of Tartt’s Pulitzer Prize-winning novel, and insisted that it could have been told in half the number of pages. But I was entirely happy to lose myself for hours, starting with Theo Decker’s adolescence, when he loses his mother in an accident, to his adulthood, when he still struggles with the consequences of his choices as a teenager. I found myself finishing The Goldfinch much faster than any person with a full-time job and a social life should have. (Confession: I canceled a few plans to stay in to keep reading.)

These are five of my favorite contemporary doorstop novels, but I could list so many more (and don’t get me started on the Victorians). What are your favorite extra long books?