Editor’s Note: The original version of the post erroneously included a quote that is not from Sense and Sensibility. The quote has been removed from the list and replaced.
_________________________ 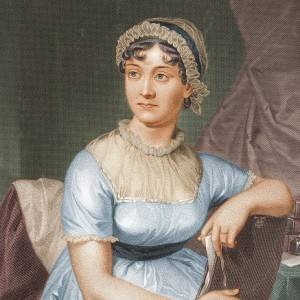 Earlier this year, July 18th to be exact, the literary world celebrated Jane Austen Day 2017, which honored the 200th anniversary of Jane Austen’s death. Today, we continue celebrating Jane Austen through her first published novel, Sense and Sensibility, which was published on October 30, 1811. Here are 12 standout quotes from the novel.

“Money can only give happiness where there is nothing else to give.”

“At my time of life, opinions are tolerably fixed. It is not likely that I should now see or hear anything that will change them.”

“The more I know of the world, the more I am convinced that I shall never see a man whom I can really love. I require so much!”

“It is not time or opportunity that is to determine intimacy; it is disposition alone. Seven years would be insufficient to make some people acquainted with each other, and seven days are more than enough for others.”

“I will not raise objections against anyone’s conduct on so illiberal a foundation as a difference in judgment from myself, or a deviation from what I may think right and consistent.”

“She was stronger alone; and her own good sense so well supported her, that her firmness was as unshaken, her appearance of cheerfulness as invariable, as, with regrets so poignant and so fresh, it was possible for them to be.”

“I abhor every commonplace phrase by which wit is intended.”

“Know your own happiness. You want nothing but patience; or give it a more fascinating name—call it hope.”

“Sometimes one is guided by what they say of themselves, and very frequently by what other people say of them, without giving oneself time to deliberate and judge.”

“A man who has nothing to do with his own time has no conscience in his intrusion on that of others.”

“I never wish to offend, but I am so foolishly shy, that I often seem negligent, when I am only kept back by my natural awkwardness.”