This is a guest post from Alexander Chee. Chee is the author of the novels Edinburgh and The Queen of the Night, and is an associate professor of English at Dartmouth College. You can follow him on Twitter at @alexanderchee.

When I’m honest with myself, I know that I read my way out of the closet. 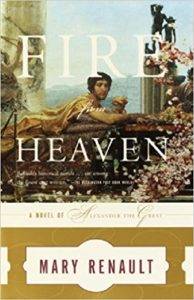 I began with my uncle’s Penthouse magazines, hidden in his garage, and the stories there under “Letters to Penthouse,” the first place I ever saw what I felt reflected back at me. It was part of what made me a bookworm as a kid, I think—understanding that while the world around me might hide what I was from me, written words would not. Next I found Mary Renault’s Alexander the Great novels—Fire From Heaven, The Persian Boy, and Funeral Games—and the hero was even, helpfully, a man with my name. A name my father told me had been chosen because of Alexander the Great. Reading these even made me feel like it was my destiny. These were beautifully written historical novels, well above my reading age—I was reading them at age 13—but Bagoas, the Persian eunuch lover of Alexander, has haunted me ever since. 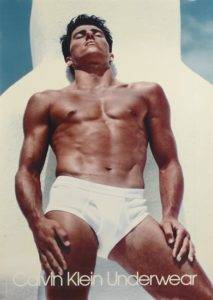 Next were Cheever’s Falconer, and the Wapshot novels, but these paled beside what I found in Gordon Merrick’s novels of decadent gay life in the mid to late 20th century, often set in Greece or France, and often with a beautiful young man exploring his sexuality by making lots of mistakes with as many men as possible, usually on a boat or a beach in Greece or France. By the time I saw that first iconic image of Thomas Hintnaus in the first Calvin Klein underwear ad, leaning up against a stucco wall, his bronzed Olympic athlete body the only figure visible, I knew what he was to me. And so that ad became the equivalent of putting a centerfold in every issue of every major magazine.

There was a restlessness in me that didn’t stop there, though—soon I was shoplifting issues of Honcho and Mandate, until I was old enough to buy them, but by then I had tried to come out—to friends, to my mother, and even, once, to my high school, with a play I wrote. “I was used to imagining what it must be like,” Cherrie Moraga wrote of it, this feeling of having rehearsed, so often, what one wanted from the world, always doing without it. And this was the kind of queer text I was reading by then—the poetry, essays and fiction of lesbian writers of color. I had gone from needing to see my desires reflected to needing to see my consciousness around them reflected. But I think you cannot really come out until you fall in love—until all your desires find a face you want to be yourself in front of—and so, the fall of my first year at Wesleyan, I met the TA for my ceramics class, a handsome, openly gay senior on the crew team, and when the ads went out for novice crew, I signed up.

My TA crush, if he ever noticed me, never let on, but that didn’t stop me from trying to be in his path. I’d had what I could call a boyfriend in high school, except everything we did together was secret, and while we were friends, we were not in love. But while I tried so very hard to be good at ceramics, and tried to at least wave hello casually down at the boat house, I rowed this last way out of the closet into my life, coming out to all of my friends that next fall when I returned.

The gay crew god had left by now. And I was no longer trying to either be or imitate what I desired as a way to signal to it. I was left with my own fate, my own sense of myself—my own chance to make my own series of mistakes, if not in France or Greece, then in New York and San Francisco. And write about all of it. I am very aware, every time I publish, that somewhere, someone is rehearsing, and that could be helping them on their path. If this is you right now, just know you should keep going. Keep reading, desiring, loving. And prepare to find your way.