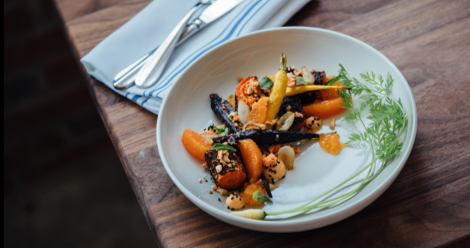 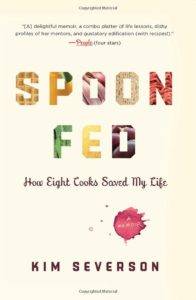 When I was starting my writing career after graduate school, I dove into food writing. I had always loved cooking—planning at one point to be a chef—and I gobbled up food memoirs. I sought out stories of falling in love, of knowing oneself, coming of age, developing taste, and above all, cooking. These were my people, my fellow eaters, my fellow writers. I took a quote from Kim Severson’s excellent memoir, Spoon Fed, quite to heart:  “Where there was good food there were usually good people. I learned that early on. I also learned that making food for people was something I was good at. It gave me a sense of peace and belonging. When I made food, I made a tribe.” I had found my tribe in the growing collection of food memoirs that lined my shelves. We were all people who cooked, people who ate. Our food choices were an important part of our stories and our identities. But there was a problem—with few exceptions, Severson’s book one of them, there were no LGBT people. Where were the LGBT food memoirs?

I was elated every time I saw a chefbian contestant on Top Chef, entertaining little crushes that lasted until my contestant was eliminated from the show. There had been several lesbian chefs featured on the Food Network for years. Why hadn’t there been cross-over from queer presence on food television to queer presence in food literature?

I couldn’t help but be frustrated. I was eager to see LGBT stories represented in a world I already loved so much. Some might beg the question, if we’re in it for the food, why does queerness matter? Tamar Adler makes a wonderful point in her beautiful book An Everlasting Meal, “A meal is cooked by the mind, heart, and hands of the cook, not by her pots and pans. So it is on the former that I recommend focusing your investments.” The person behind the food, the “mind, heart, and hands” has to be as important as the food being prepared. A collection of recipes—just the food, ma’am—is a cookbook; a food memoir is the story of a human. And so few of the memoirs out there were by queer humans. 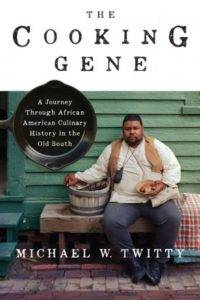 A colleague pointed out that food writing is a niche market, as is LGBT writing, and so perhaps the compounded niche-ness is problematic on the publishing end of things. Perhaps.

Eventually I found Gabrielle Hamilton, who wrote openly about her relationship with a woman in Blood, Bones, and Butter. And in the years since then, Molly Wizenberg has come out, filling me with hope that there will (maybe? hopefully?) be a new Wizenberg memoir on the horizon. Lucy Knisley, an LGBT writer, gave us the lovely graphic memoir Relish. And Hannah Hart, of “My Drunk Kitchen” fame and the host of her own Food Network show I Hart Food, has given us both a cookbook/memoir (the My Drunk Kitchen Cookbook) and a full-fledged memoir of her own, Buffering:  Unshared Tales of a Life Fully Loaded.

And beyond straight (or not-straight, as the case may be) memoirs, we have new works from LGBT authors to be excited about. The Cooking Gene: A Journey Through African American Culinary History by Michael Twitty was released in August; this history of African American culinary history in the South comes from a Jewish writer of color who is also gay. His investigation of the debate of who owns Southern food—the racial and economic implications, the historical roots of the cuisine, the indelible ties to slavery, and the journey of both people and food—is an important undertaking. It’s a different kind of memoir, not your usual coming of age or love story.

Category ID: 9969
Category ID: 479
True Story Newsletter
Sign up for True Story to receive nonfiction news, new releases, and must-read forthcoming titles.
Thank you for signing up! Keep an eye on your inbox.
By signing up you agree to our terms of use 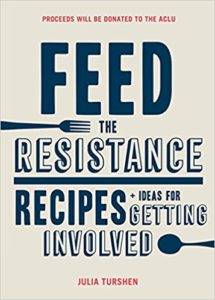 Additionally, Julia Turshen’s new book, Feed the Resistance: Recipes and Ideas for Getting Involved, is a cookbook and essay collection, featuring contributions from an array of chefs, writers, and activists. While this isn’t a memoir, it does represent LGBT voices (Turshen’s own as well as others) in the field. But maybe that’s where we have to start—maybe in a search for queer voices, we must expect a queering of form and content as well?

I still wish for the food memoirs of my yesteryears—the coming of age, the love story, the making of a life, the protection of family, and always, always, the food, the food, the food. I’ll hope for LGBT writers to write about their lives and their appetites; I’ll hope that publishers see the value in such stories, equal to that of their straight counterparts. In the meantime, I’ll enjoy those old stories, as well as the new ones, the ones that challenge me in my own definition of a food memoir, a food history, a food story.