People are always somehow shocked to find out that I’m a huge horror buff, and honestly, the sicker the better. I think because I’ve read and watched so much from the horror genre that I’m pretty much desensitized by this point. (How much are you judging me right now?) It really takes a lot to freak me out these days. Minus clowns, SCREW CLOWNS.

This is a look at three recent horror reads of mine—all of which are by East Asian authors and have been translated. And I can just say that Asian authors typically kill the horror genre? The stories are so original and twisted, it’s awesome. All three of these have also been made into movies, and I highly encourage a look at them as well.

Anyways, onwards and forwards to the best horror novels by Asian authors: 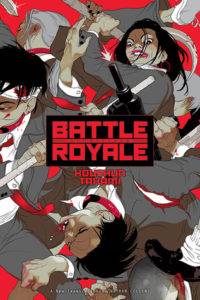 If you’ve heard of this book, it’s probably been in relation to The Hunger Games, a fair comparison, but for me, it’s not even a competition. You want grisly and graphic murders? Battle Royale. You want to really get in the mind of a sadistic teen killer? Battle Royale. You want the ultimate fight-to-the-death in a government sponsored event? Battle Royale. Instead of just getting one POV, like Katniss, you get to go inside the head of multiple (and by multiple I mean 10+) teens fighting in the death arena. And not just the good guys, but the bad guys too.

Verdict: Buy! The size makes it intimidating, but it’s so action-packed you fly through it. It’s one of the best horror novels by Asian authors. 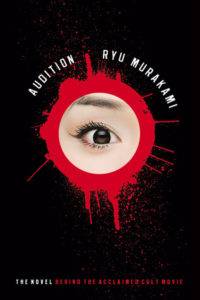 Don’t you just hate it when your friend wants you to get back in the dating game so you hold a fake movie audition to find a future wife, fall head over heels, and then she turns out to be ruthless torturer? Yup, me too. After being left a widower, everyman Aoyama is encouraged by a friend and his son to start looking for a new wife. Instead of, ya know, going to a bar or using a dating site, they hold a fake audition of potential candidates. Aoyama is smitten with the much younger Asami, and is even planning on introducing her to his fam when “things” start to happen.

Verdict: Borrow. I doubt this will be a book you will want to read over and over. There’s subtle hints throughout that Asami isn’t as innocent as she seems but when she seemingly turns on a dime, it’s chilling. 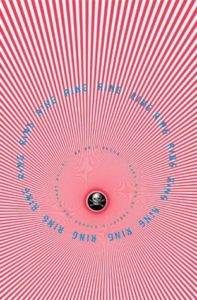 Journalist Asakawa is intrigued by the death of his niece, who died the same day as three of her friends, all from heart failure. A little probing leads him to a secluded resort where he encounters The Tape™ that requires a certain act after watching or else the viewer will die in *creepy child whispering* seven days. Of course, the tape cuts off before Asakawa can find out what he needs to do to stay alive. Typical.

Verdict: Bypass. Ring is by no means bad, it just didn’t interest me enough to want to read the two sequels. In this case, in my opinion the movie reigns supreme. The original Japanese one, of course.

What are your favorite horror novels by Asian authors? (Want to get even more of your spook on? We got you.)