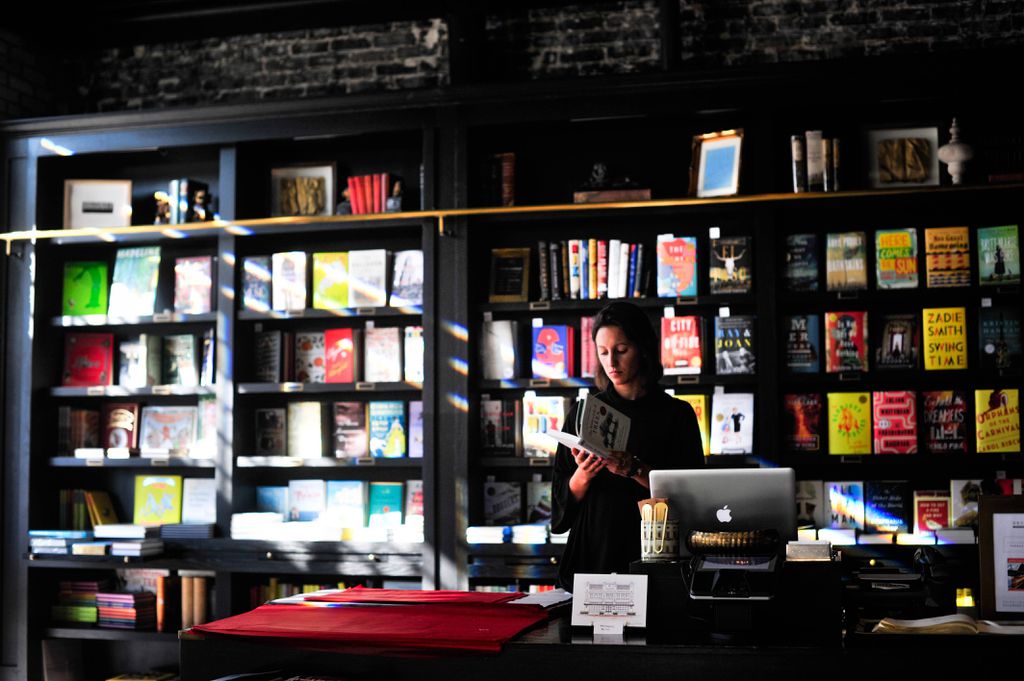 When you consider what a bookseller or librarian does at work all day, you probably think, “Help people find books.” Or put books away or something similar. And you’d be right. Obviously there’s more to it than that (the bookstores and libraries don’t run themselves), but you’d be surprised how much people rely on their friendly neighborhood booksellers and librarians for…everything. So two booksellers and two librarians came together to tell you about some of the weird and impossible requests they got on the job, all the better to ensure you’re not just a little (or a lot) off about how far the power of your favorite booksellers and librarians goes.

We don’t know why publishers do what they do.

A customer came in who’d reserved a copy of Chelsea Clinton’s picture book She Persisted, and she wanted to know why it didn’t say “First Edition”. I told her that was a publisher decision, not a bookseller one so I had no idea, but she was adamant something unethical was happening. She kept saying “You can’t do this” and eventually started ranting about Hillary and Chelsea Clinton both going to prison. So she wanted me to contact Penguin and ask if it was, in fact, a first edition and why it didn’t say so. Contrary to popular belief, bookstores aren’t actually buddy-buddy with publishers, but even after me and my manager told her that, she still really wanted us to find out so we took her info and said we’d try. My manager sent an email through Penguin’s contact form, but no one replied. —Chelsea Hensley, bookseller

We’re not your doctor.

Whether you’re leaving a voicemail in the middle of the night asking if it’s possible for your teeth to fall out if you smoke too much or a grown man lifting your shirt and asking if it’s normal for your bellybutton to be leaking fluid, we cannot and will not give you our unprofessional medical opinions. —Katie McLain, librarian

One time a woman called after we’d closed, and I told her we were done for the night, but she said she had a “quick” question: how to send letters to the editor to Vanity Fair.  I told her I didn’t know, but she wanted me to go check one of the magazines and find out (asking us to read books to find the content people are looking for is actually very common and not in my job description). I was particularly confused by this because she’d said she’d found an email address and used it, but it bounced back. So she was clearly aware of the power of the Internet, but when I suggested she Google it (rather than call again in the morning to give someone else this task) she said, “Oh!” and asked me what to put in the search bar.  —Chelsea Hensley, bookseller

Or your bail bondsman.

By far the strangest experience I have ever had was the time a man left a series of increasingly incoherent voice mail messages about how the police had confiscated his library DVD and his drugs and how he wanted ME (yes, me specifically) to come down to the jail with $25 and bail him out.  Needless to say, I did not honor this request. —Katie McLain, librarian

And you don’t get to wear our clothes.

The public library I worked in previously tended to run pretty cold, so I—and, theoretically, the regulars—knew to dress in layers and always have a cardigan. One afternoon, a stocky gentleman of about sixty years old who I knew to be a regular came up to me while I was speaking with another staff member. “It’s cold in here,” he said. “That’s a nice sweater you have. It looks cozy.” He put his hand on my sweater and, by extension, my shoulder. “Can I have it?” I laughed it off at the time, but I’ve since wondered if he was at least partially serious. —Abby Hargreaves, librarian

We can help you find books, though! If  you let us…

I’m standing in the LGBTQ section, shelving books, when a customer comes up to me and asks, “Where are your books?” I look at him close, wondering if he’s joking, but he clearly isn’t. “Well,” I say, “Can you be more specific? These are all books. We separate books by category. Are you looking for fiction or nonfiction? Or a specific book?” “I’m looking for the books.” He seems frustrated with me. “I understand that,” I say. “What books are you looking for?” He’s beginning to look angry. “The books!” he almost shouts. “Look, sir, these are all books. From here all the way down.” I show him the next aisle, and the next, full of books. And then he storms off.

No, he did not seem inebriated in any way.

He also did not seem inebriated in any way. If anyone can make sense of these requests, please let me know. —Margaret Kingsbury, bookseller