I’ve run a teen book club in my school library for the past four years. It hasn’t always been roses. Sometimes nobody showed up. Sometimes so many showed up that I wasn’t able to manage it properly.

This year, I’m excited to start the teen book club once again. Here are some of the things I’ve learned along the way that have helped make ours a success:

Give Teens a Voice 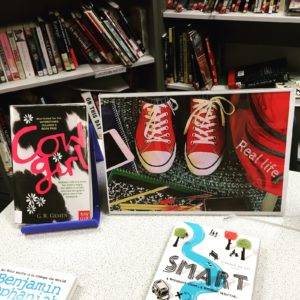 They get tired of hearing your voice all day, anyway, whether you’re a teacher or librarian like me. Take time to get to know your teens and give control to the ones that are responsible enough to move the book club forward in a positive manner.

I let our teens name the club—which ended up being a “friendly” shouting match in the library, but after the melee we settled on The Booklings. It worked out great. It was a student’s choice, and going into our fifth year I still call the club The Booklings.

I also let the students choose which books they are going to read and host/lead various activities that surround our wonderful Booklings (more on that later). If you let go of the reins a little and let the teens have some say, it will pay off, trust me. 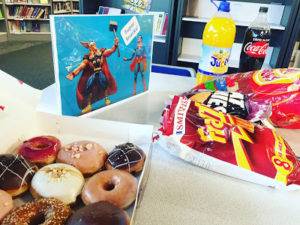 Any librarian worth their weight in due date slips will tell you that food is the pied piper of library programs. If your budget is low, don’t worry, they will join your program even if it means getting a bag of chips and cup of cream soda.

We held an event where I made as many homemade brownies as I could (Turns out 50 was my limit) and called “Brownies & Books”. I know, genius. The trick was that to get a brownie, students had to borrow a book. I also used that time to have my trusty Student Library Assistants (who are also members of The Booklings) recruit new members by talking about how awesome it was.

So yeah, food is a big deal when it comes to teens and library programs.

I promote the book club like crazy. I talk at assemblies in front of 1,500 students; I do smaller assemblies on almost a bi-weekly basis; I hit homeroom (tutor-time) classes; we have library lessons and break & lunch when students are in the library and are essentially in open water for me to promote things like a librarian bull shark.

We also have dedicated members of the book club who will go out and find new members, put up posters and do all kinds of awesome, creative things that make them the reason I go to work every morning.

The point is, you can’t sell it enough.

I run two kinds of book clubs in the school. One is a traditional one where 30 students sit and read the same book. We take turns reading from it out loud and I assign pages to read for the next week. I love this book club and the students are awesome. I can’t wait to start it again this year. 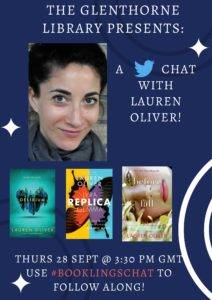 The other book club is less formal. I run it during lunch time and I don’t ask that the students read the same book. We have snacks (see above) and do literary crafts. Sometimes we do awesome things like talk to authors on Skype and Twitter.

The Twitter chats are my favourite. The students get to ask a question one by one directly to an author. We call it #booklingschat if you want to see some previous editions. The look on the students’ faces when they found out they are going to be talking live to people like Jeff Zentner and Ruta Sepetys is really awesome.

We also do cool things like Poem in Your Pocket Day, Comic-Cons, and our Pop-Up Libraries, all of which are run by teen members of The Booklings. This is what I like best about it. Yes, we talk a lot about books but we’re also a little community that spreads positivity around the entire school through literary based programs.

If I had to give any advice on starting a teen book club it would be to simply start one. Teens that love reading will find you; build it from there. Bring food and create a welcoming warm space. You’ll soon be surrounded by people that want to be there for the right reasons.

I hope this has provided some helpful ideas on starting a teen book club. I’m always learning new ways to make it better, it never stops. So don’t think it has to be perfect, it just has to be there in the first place.