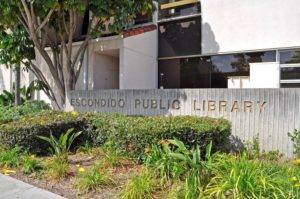 On Wednesday, August 23, the city council of Escondido, California voted, 3 to 2, to move forward with plans to hand their public library over to the private, for-profit company Library Systems and Services. While it is claimed by one opposed city council member that others had hoped to carry out the library privatization quietly, they were instead faced with weeks of growing community outcry culminating in a packed, five hour public council meeting. The meeting, which was streamed live online, was filled with impassioned pleas for the library to remain in public hands. Regardless, the vote passed. According to one person attending the vote, one councilman said he was “tired of this activist attitude.” Now the city will begin the process of negotiating with LS&S, as well as the library employees’ union representation.

So why did this happen? According to city manager Jefferey R. Epp, it is all about one thing: saving money. The plan claims it will save the city $400,000 a year, or $4 million over the 10 year contract the company is suggesting. Even if accurate, it is an interesting fiscal prioritization considering the library only accounts for 3% of the community’s budget. City Council member Olga Diaz, who voted no, pointed out that the financial analysis presented for the move was a mere one page and did not account for public donations or volunteer hours. Many suspect, quite understandably, that donations and volunteers will fall off dramatically when the library becomes for-profit. By the city’s own report, 2016 saw 29,000 hours of volunteer work. That’s the equivalent of 3,625 8-hour work days.

It doesn’t hurt that LS&S knows what it’s doing. If all the libraries it has taken over were counted as a public library system, they’d be the third largest in the country.  The company, which started as a library software company almost 40 years ago, began privatizing libraries in struggling communities the late ’90s. In 2010, for the first time, they took a contract in a healthy city, also in California (one of their biggest customers). In a move indicative of their profit-driven nature, LS&S actually approached Escondido officials themselves at a statewide conference. This undermines the idea that they are valiantly saving failing libraries from the chopping block rather than just digging up new customers.

Customers. That’s a key word. In other cities, officials have argued that a contract with LS&S is not privatization because the libraries are still “public.” But “open to the public” is not the same thing as “run by the public.” For one thing, tax dollars will continue to pay for the library, but will now end up far from Escondido, all the way on the other side of the country in Maryland, where LS&S is headquartered. For another, LS&S is now in control of long-term goals and city officials are given leave to all but wash their hands of the whole thing.

The biggest difference in private vs public, though, is priorities, specifically in who gets to determine priorities. A public library answers to its community. That’s the job. That’s the mission. Purchasing, programming, policy — they are all driven by community needs. This is important. An amazing library in rural Missouri looks vastly different from an amazing library in Brooklyn, NY. Public librarians are public servants. Community servants. No one gets into librarianship, especially public librarianship, for the money. The degree is expensive, the jobs are hard to come by, the budgets are always under threat, and promotions are barely existent. A union can mean decent benefits or some small protection if the city decides to close down a branch, but it also usually means capped raises and fighting with other departments for the scraps town hall is willing to throw.

LS&S sees it differently. Their biggest claim is often that they bring innovation, competition, and cost saving to towns suffering from lazy, unmotivated, pension-drunk library employees. Epp made similar arguments about Escondido, going a step farther with dramatic claims that not making the deal would mean explaining to harder working and more important people like police officers and fire fighters why they weren’t a priority. (It should be noted that $400,000 is less than 1% of the Escondido police department’s current budget.) This is the idea of library privatization in a nutshell.

And it is absolutely ludicrous.

Libraries were private long ago, a fact that an LS&S founder has mentioned in several quotes himself. What he fails to mention is that those libraries were almost exclusively for the wealthy, white, and male. Every advance of public libraries has been a fight. A fight for budgets, for access, for rights. Librarianship is, at its core, community activism that rarely asks for more than the ability to keep doing what the community needs it to do. From the librarians who buy art supplies out of their own pockets to the ones who keep their doors open in community crisis to the ones who take battles for privacy all the way to court — it is hard to find many who don’t simply shrug their shoulders and say, “It’s what we do.”

LS&S executives deride the idea that libraries are sacred symbols of American ideals. That, perhaps more than anything else, shows just how wrong they are for the job.